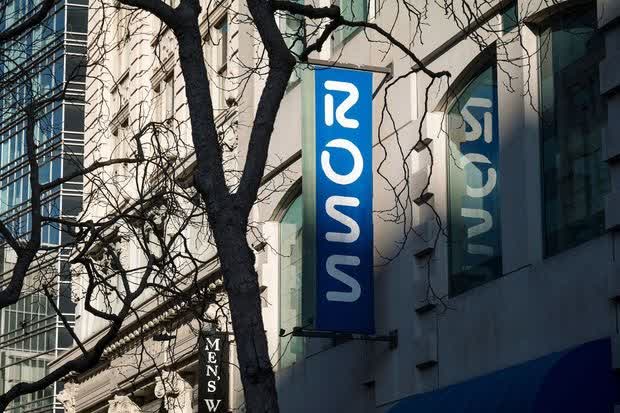 Retail earnings have not been pretty, yet stocks have held up well. Ross Stores (ROST) reported revenue of $1.84 billion, non-GAAP EPS of -$0.29 and GAAP EPS of -$0.87. The company missed on revenue and earnings. I had the following takeaways on the quarter.

The company’s total revenue fell 51% Y/Y. Millions of Americans remained at home amid the pandemic. This has caused retail sales to drop. Practically all of the company’s sales are through physical locations, so revenue was expected to fall hard. Ross temporarily closed its stores in March to stem the spread of the pandemic. The long-term impact of the pandemic is still unclear. For now, Ross is still reeling from demand destruction via physical locations. The company is reopening stores on a market-by-market basis. About 700 stores have been reopened thus far; Ross expects to reopen the rest over the next few weeks.

The question remains, “Will retail sales be robust enough for Ross to regain the ground it lost?” Total retail sales could fall, or more sales could shift to online at the expense of physical stores. Either scenario could hurt the company’s long-term sales potential.

I suspected declining sales could hurt the company’s margins this quarter. Gross margin was -2.6% versus 28.8% in the year-earlier period. Off-price retailers have been known to have healthy margins vis-a-vis other traditional retailers. That was not the case this quarter as a lack of digital presence weighed. Gross profit was -$47 million versus $1.1 billion in the year-earlier period. The loss of over $1.1 billion in gross profit has to weigh on the company’s cash flow and valuation at some point. SG&A expense was $415 million, down 26% Y/Y. Management could cut into this expense pool if revenue does not return to previous levels.

The fallout was that EBITDA was -$385 million versus $643 million in the year-earlier period. The EBITDA margin in the prior-year period was 17%. Ross could be hard-pressed to achieve margins anywhere near this for the rest of the year. The prevailing thesis is that off-price retailers should fare well if the economy continues to falter. I believe the risk is that Ross may have to fight even harder for a shrinking pie. It may have to contain costs simply to tread water.

Several retailers tapped the debt markets to help improve liquidity while stores were closed. Cash flow fell hard and it is uncertain when it will recover. Free cash flow (“FCF”) was -$1.2 billion versus about $414 million in the year-earlier period. The culprit was likely its nearly $1.8 billion in inventory. Retailers needed to move inventory after the holiday season, and the pandemic made that difficult. Inventory is slightly less than the $1.8 billion balance in the year-earlier period, yet it appears high given the company’s falling revenue.

How much of its inventory would be considered stale remains to be seen. The company may also have to expand credit to purchase new inventory, despite the uncertainty of when demand will return. Until Ross fully reopens its remaining stores its cash flow could remain challenged.

Ross raised about $2.8 billion in debt during the quarter. Its total debt of $3.1 billion is at 2.1x last 12 months (“LTM”) EBITDA, which appears manageable. If the company continues to raise debt to fund itself then its debt load could become a cause for concern.

ROST is up 3% Y/Y, despite the pandemic. The stock trades at over 22x LTM EBITDA. This appears frothy in my opinion. ROST remains a sell.