Josh Richards may only be 18 years old, but already 20m people follow his short videos on TikTok, and he earns hundreds of thousands of dollars promoting music and products on the app.

Last week, however, Mr Richards, who is known for his teen “bad boy” aesthetic, announced that he was ditching the platform that hosted his rise to fame to become the chief strategy officer at rival app Triller — amid snowballing concerns over TikTok’s Chinese ownership.

“We were trying to find an idea or a platform where we could . . . feel safe and not have that concern of data being shared,” Mr Richards said of the shake-up.

As geopolitical tensions rise around TikTok, which is currently in talks with Microsoft over a potential takeover after President Donald Trump threatened to ban the platform in the US, uncertainty over its future has led to a frenzied war for talent between competing services.

New rivals such as Los Angeles-based Triller, which is backed by the Hollywood mogul Ryan Kavanaugh and the rapper Snoop Dogg, and Byte, an app launched by the former founder of Vine, are charging into the space in a bid to lure users, with some offering financial sweeteners or equity to the most high-profile stars.

When you build your house on rented land, you are one terms of service change, one algorithm update — and now, one executive order — away from oblivion

Deep-pocketed technology giants are also rolling out their own equivalents: Facebook is launching an Instagram-based TikTok clone called Reels as early as this week; Google’s YouTube is reported to be working on its own platform, dubbed Shorts.

The race to lock down talent is “accelerating really fast right now”, said Chris Emme, chief revenue officer at Tsu, an upstart platform, which pays all its creators a cut of its advertising revenue.

READ ALSO  Fatou Bensouda: ‘It’s about the law. It’s not about power’

“These big social media platforms, much like the [television] networks before them, are competing for talent,” he said. “So money is being put into the market to try to get exclusivity. It seems like a natural evolution of the professionalisation of content creators.”

Since its launch in 2010, Instagram has become synonymous with influencers, many of whom — from actors to fashionistas — earn hundreds of thousands of dollars a social media post by striking deals directly with brands.

But over the past 18 months its dominance has been challenged by the rapid rise of TikTok, which has itself offered creators financial incentives to post videos on the platform, while boosting their chances of reaching its audience of 100m in the US alone.

“The algorithm is so generous [in] finding and spreading new content, you can explode — far more on TikTok than the other platforms like Instagram and the grandfather of content, YouTube,” said Scott Guthrie, managing partner at the communications agency Luxmoore Consulting and co-chair of the influencer marketing panel at the Chartered Institute of Public Relations.

But with geopolitical tensions rising around TikTok, and Mr Trump setting a deadline for it to be sold to a US company by September 15, the platform is now wrestling with the challenge of retaining its top stars — and the brands that work with them.

Already, a ban in India — home to about a third of TikTok’s active users — has hit influencers’ viewing figures, according to Sedge Beswick, managing director of the influencer agency SEEN Connects. “Any time you go through TikTok, everyone is panicking,” she added. “[Brands] have their foot on the brakes.”

Preparing for the worst

In preparation for a potential ban in the US, many TikTok influencers are now beginning to build up a presence on other platforms, often directing fans to new pages from their TikTok accounts.

“When you build your house on rented land, you are one terms of service change, one algorithm update — and now, one executive order — away from oblivion,” warned Mr Guthrie.

On Monday Triller briefly overtook TikTok to become the top free social app in the US on Apple’s iOS platform, according to App Annie, currently boasting 64m users, up from 50m a month ago. Byte, which has had 3.6m global downloads since its launch this year according to Sensor Tower, also rose above TikTok in the rankings, telling the Financial Times it had seen a “huge influx” of creators “in the last few weeks”.

But the most formidable of TikTok’s new rivals is likely to be Reels, a short-form video feature with music that Facebook is launching on its Instagram network within days. Though new, influencers will be able to tap Instagram’s existing audience as well as brands, particularly as the platform moves towards facilitating more online shopping.

Like Triller, Reels will offer financial incentives to lure influencers from other platforms such as TikTok to use the tool, according to a person familiar with the situation. These are mainly to cover creators’ production costs, the person said.

Twenty-year-old artist Natalia Seth, an early Instagram influencer who went on to become an overnight TikTok success this summer with close to 2m followers, has seen the Reels showcase ahead of the launch.

“It’s exactly like TikTok,” she said, adding that she and some fellow influencer friends were “excited because . . . it’s very rare that you go viral on Instagram. I feel like with Reels, it’ll be a lot easier to grow your platform again.”

The big question is, will people who are on Instagram but have never used TikTok — will they use Reels and adopt this format?

The launch will be crucial to Facebook after the flop of Lasso, a standalone answer to TikTok that failed to gain traction and was folded in July after 18 months.

If TikTok escapes a ban, some argue that Reels is unlikely to kill the platform as the amount of time users spend on social apps continues to grow. As such, many influencers remain loyal for now.

“I [will] continue posting on TikTok because I love that platform. I have a huge community over there,” Ms Seth said. 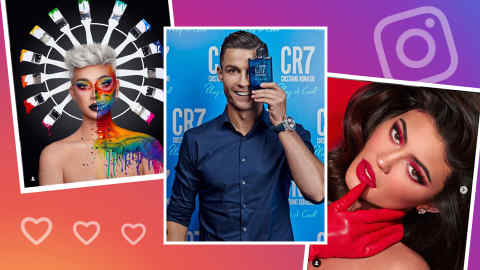 “The big question is, will people who are on Instagram but have never used TikTok — will they use Reels and adopt this format?” he added.

Defensively, TikTok has announced that it will offer a $200m “creator fund” to support its influencers, growing that to $2bn in the next three years globally. But rivalries are also emerging in other ways. Triller last week filed a complaint suing TikTok over patent infringement, while TikTok and its parent ByteDance have publicly accused Facebook of a “smear” campaign designed to get it kicked out of the US.

“Everyone is competing for the most compelling content to attract my — the consumer’s — attention,” Mr Emme said. “The race continues.”

Previous PostP Is For Predator State: The Building Blocks Of Tyranny From A To ZNext PostOil prices toppled from rising streak as jump in COVID-19 cases stokes fuel demand fears