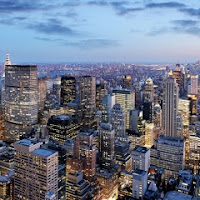 This is very bad.

Democrats in the state of New York have announced new bills that would significantly bring back the horrors of rent control that crushed much of New York City real estate for decades and made it near impossible to find an apartment.

Developers, including Douglas Durst, Richard LeFrak and William C. Rudin, who are involved with some of the most iconic buildings on the New York City skyline, including One World Trade Center and 3 Times Square, reached out to NY Governor Andrew Cuomo for help to block the legislation.

Cuomo’s answer was along the lines of, “Not my department.”

From The New York Times:

[O]n Wednesday, Mr. Cuomo rebuffed the developers, telling them that “they should call their legislators if they want to do something about it,” said a person briefed on the call, which lasted about 15 minutes.

The phone call capped a humiliating moment for an industry that had long reigned in the state capital.

“I’m in shock. I think many of us in my industry are in shock,” said James R. Wacht, president of the firm Lee & Associates and a board member of Real Estate Board of New York, the industry’s leading trade group. “It’s a lot worse than we anticipated.”

The bills announced on Tuesday night by the Democratic leaders of the State Senate and the Assembly would abolish rules that let building owners deregulate apartments and close loopholes that permit them to raise rents.

The legislation would directly impact almost one million rent-regulated apartments in New York City, which account for more than 40 percent of the city’s rental stock, and allow other municipalities statewide beyond New York City and its suburbs to adopt their own regulations.

Real estate industry groups said the bills would do serious damage to housing in the city by reducing incentives for landlords to renovate existing apartments and to build affordable new ones.

Existing rent laws expire on Saturday. The rent regulation package is expected to be approved in Albany by legislators and Cuomo is expected to sign it today.

READ ALSO  The Machines Have Us Trained For Obedience, Paul Craig Roberts

Is this all about the resurgence in socialist support in the age of Trump?

After the announcement on Tuesday night, industry officials scrambled to figure out what had gone wrong, blaming a combination of strategic miscalculations, resurgent activism by the progressive left and a new mood of antipathy — in New York and nationally — toward landlords and the wealthy.

Tyler Cowen points to a column on the horrors of rent control that was penned by Paul Krugman in 2000, where he wrote:

[I]n yesterday’s New York Times, ”In San Francisco, Renters Are Supplicants.” It was an interesting piece, with its tales of would-be renters spending months pounding the pavements, of dozens of desperate applicants arriving at a newly offered apartment, trying to impress the landlord with their credentials. And yet there was something crucial missing — specifically, two words I knew had to be part of the story.

Not that I have any special knowledge about San Francisco’s housing market — in fact, as of yesterday morning I didn’t know a thing about it. But it was immediately obvious from the story what was going on. To an economist, or for that matter a freshman who has taken Economics 101, everything about that story fairly screamed those two words — which are, of course, ”rent control.”

After all, the sort of landlord behavior described in the article — demanding that prospective tenants supply resumes and credit reports, that they dress nicely and act enthusiastic — doesn’t happen in uncontrolled housing markets. Landlords don’t want groveling — they would rather have money. In uncontrolled markets the question of who gets an apartment is settled quickly by the question of who is able and willing to pay the most. And so I had no doubts about what I would find after a bit of checking — namely, that San Francisco is a city where a technology-fueled housing boom has collided with a draconian rent-control law…

The analysis of rent control is among the best-understood issues in all of economics, and — among economists, anyway — one of the least controversial. In 1992 a poll of the American Economic Association found 93 percent of its members agreeing that ”a ceiling on rents reduces the quality and quantity of housing.” Almost every freshman-level textbook contains a case study on rent control, using its known adverse side effects to illustrate the principles of supply and demand. Sky-high rents on uncontrolled apartments, because desperate renters have nowhere to go — and the absence of new apartment construction, despite those high rents, because landlords fear that controls will be extended? Predictable. Bitter relations between tenants and landlords, with an arms race between ever-more ingenious strategies to force tenants out — what yesterday’s article oddly described as ”free-market horror stories” — and constantly proliferating regulations designed to block those strategies? Predictable.

And as for the way rent control sets people against one another — the executive director of San Francisco’s Rent Stabilization and Arbitration Board has remarked that ”there doesn’t seem to be anyone in this town who can trust anyone else in this town, including their own grandparents” — that’s predictable, too.

None of this says that ending rent control is an easy decision. Still, surely it is worth knowing that the pathologies of San Francisco’s housing market are right out of the textbook, that they are exactly what supply-and-demand analysis predicts.

In New York, real estate groups are preparing to file a lawsuit against the state if indeed it is signed into law.

READ ALSO  With market at record highs, eyes on reports from chipmakers

Robert Wenzel is Editor & Publisher of EconomicPolicyJournal.com and Target Liberty. He also writes EPJ Daily Alert and is author of The Fed Flunks: My Speech at the New York Federal Reserve Bank and most recently Foundations of Private Property Society Theory: Anarchism for the Civilized Person Follow him on twitter:@wenzeleconomics and on LinkedIn. His youtube series is here: Robert Wenzel Talks Economics. More about Wenzel here.