Remdesivir: the rise and fall of a Covid wonder drug

In May, when President Donald Trump announced the emergency approval of remdesivir, the first antiviral to treat Covid-19, he hailed its developer Gilead as a “great American company” with “the hot thing”.

Six months later, Mr Trump is on his way out, shares in the California biotech are down 29 per cent from their April highs, and remdesivir is being compared to Tamiflu: a wonder drug that wasn’t.

On Friday an independent World Health Organization expert panel advised doctors not to use the drug in hospitalised Covid-19 patients, concluding, on the basis of four randomised trials, that it had “no meaningful effect” on mortality, need for mechanical ventilation or time in hospital.

The WHO guidance snuffs out early hopes that the drug — which is designed to stop viruses from replicating — could transform patient care. Almost a year into the pandemic, vaccines are close to being rolled out, but doctors still lack good options for treating millions of patients.

If there is a benefit [with remdesivir], it is very marginal and it’s likely in a select subgroup of patients

Experts are now divided on whether remdesivir has a role at all. In one corner are the WHO and some national regulators in Europe that are weighing removing the drug from doctors’ treatment guidelines.

In the other are Gilead and the US National Institutes of Health, which maintain that the drug works based on their own trials.

Gilead said it was “inaccurate” to say the drug has no benefit to hospitalised patients. The company has criticised the WHO’s study of its drug, saying that “data gaps have been characterised as conclusive findings that should override the results of a gold standard, randomised, double-blind, placebo-controlled trial”. The WHO has rejected the criticism.

“There are two smart groups of people with the same data interpreting it different ways,” said Roy Gulick, chief of infectious diseases at Weill Cornell Medicine in New York.

Many pharmaceutical companies hope the pandemic will burnish reputations that have sometimes been tarred with criticism over drug pricing. Activists and politicians have sometimes accused Gilead of preventing poorer patients from accessing blockbuster drugs for preventing HIV and curing Hepatitis C.

Peter Bach, director of the Center for Health Policy and Outcomes at Memorial Sloan Kettering, said Gilead had often prioritised “revenue, market share and pricing power” and so it was not a surprise that the company has chosen to dismiss the WHO trial of remdesivir. “It’s a distillate of the worst form of the industry not caring about public health at all,” he said.

Gilead rejects this, saying its contributions to public health have been transformative over the last 30 years, including for HIV and Hepatitis C patients. It pointed to donations of remdesivir, licensing it royalty free to generics manufacturers for the developing world during the pandemic, and setting a single government price for richer countries that is “significantly below the value that the medicine delivers”.

Andrew Hill, a senior visiting research fellow in pharmacology at the University of Liverpool, said remdesivir may be joining the ranks of other drugs, such as hydroxychloroquine, that the pandemic has seen “rise and fall”.

Before the WHO announced its negative data, European countries were anxious to get their hands on enough remdesivir, as the US bought up nearly all supplies, leaving them short. Now, some may be having second thoughts.

Gilead was told of the initial negative results by the WHO while it was negotiating a €1bn remdesivir supply deal with the European Commission, finalised in October, but the Commission told the FT it was not informed before the study was published.

Gilead said it behaved appropriately. It said the Commission appeared to already know about the preliminary WHO results as it raised them with the drugmaker on October 9. The Commission declined to comment further.

Gilead added that many countries had agreed to buy more remdesivir since the study’s publication.

The Commission stresses that no money was committed up front but some European countries did strike separate deals before the study’s release. Italy paid €51m for an order of remdesivir when cases were increasing and its supplies were running low, according to two senior health officials.

Remdesivir reminds some of Tamiflu, a drug co-developed by Gilead and Roche. Fearing avian and swine flu pandemics, many governments stockpiled it — but in the end, its effect was found to be modest and not worth the expense. Like Tamiflu, it may be that remdesivir only has a small window early in the disease to make a real impact against the virus, which doctors say is not practical for a pricey drug given intravenously.

There are also questions about safety. Dr Hill said the WHO’s database of adverse events had reported “a higher than expected rate of liver and kidney-related adverse events” for people taking the drug.

Gilead said the drug label tells doctors to monitor for these events but so far there is no proof remdesivir is causing problems, noting that kidney injury can also be caused by Covid-19 itself.

Gilead has warned that sales of remdesivir will be hard to predict. In the third quarter, hospitals stockpiled at a lower rate than expected, generating sales of $873m. That is a significant haul for a drug that was not even on investors’ horizons last year, but it fell short of the $1bn consensus forecast.

The WHO study is not stopping US doctors from prescribing the drug. Sudha Narayanaswamy, vice-president of pharmacy at Premier, a group-buying organisation that represents more than 4,000 health systems, said US hospitals were “seeing increased use in the last two weeks in response to the spikes in cases”. 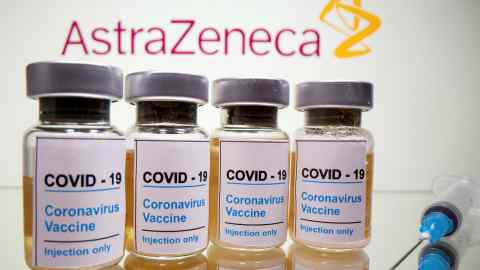 However, while some healthcare providers may throw everything at a problem — such as Mr Trump’s doctors, who treated him with remdesivir as part of a cocktail of drugs — the negative results will heighten worries among the cost conscious. Remdesivir can run up to $3,120 per five-day course.

“The WHO study will hurt Gilead’s chances of getting government and other payers to pay hospitals more for using remdesivir than they pay for using less expensive steroids,” said Erik Gordon, a clinical assistant professor at the University of Michigan’s Ross School of Business.

The cheap generic steroid dexamethasone, backed by the WHO, is not a competing treatment — it targets inflammation later in the disease — but it has been shown to reduce mortality significantly, while remdesivir has not.

Amesh Adalja, an infectious disease doctor and senior scholar at Johns Hopkins, said the drug was now being prescribed less at his hospital. “When you actually look at the data, it wasn’t as strong as we had hoped it would be,” he said. “And if there is a benefit, it is very marginal and it’s likely in a select subgroup of patients.”