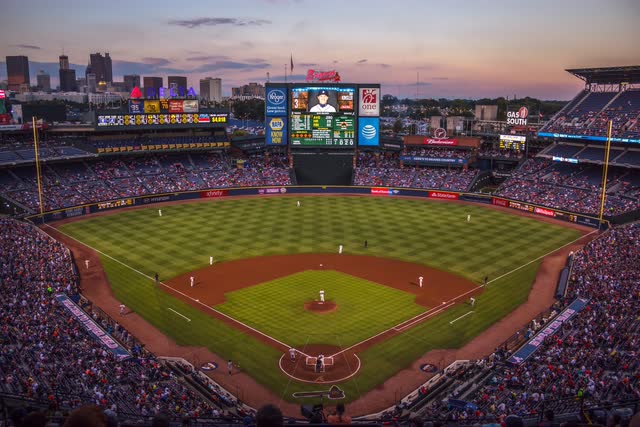 Photo by Joshua Peacock on Unsplash

Heads You Win, Tails You Don’t Lose Much

The key to the thesis here is that SPACs offer the prospect of upside, but with downside protection. This setup is much like a call option. Once a deal is announced, you have the choice between participating in the deal, or typically getting your money back. There is also the chance the SPAC fails to find a merger partner over the allotted period, and then money is returned.

At the time of writing, the RedBall Acquisition Corp. (RBAC) trades at $10.06. If no deal emerges, or a deal fails, you will likely receive $10 back. Thus you are paying $0.06, plus the opportunity cost of parking your money elsewhere, for an option on RedBall finding an attractive merger partner at below fair value.

Quick primer on SPACs for those new to them. A SPAC stands for Special Purpose Acquisition Company, also sometimes called a blank-check company. The company at the moment is just a pool of money looking for a company to buy.

SPACs are not a new concept, but they have received a lot of attention over the past 12 months. For example, DraftKings (NASDAQ:DKNG) and Virgin Galactic (NYSE:SPCE) came to market via SPACs; however, there have been other less impressive SPACs too.

SPACs can typically get a company to market faster than an IPO process, given the SEC reviews needed for an IPO. Companies are also able to include forward-looking projections and potentially raise more funds with a SPAC structure.

As the number of SPACs multiply, investing in differentiated SPAC becomes increasingly important. As of 2020, there are over a hundred SPACs looking for deals, and more coming. Given increased supply, that is a less enticing prospect for SPAC investors. More SPAC options out there means that target companies likely have an edge in deal negotiation and can demand a fuller valuation for their business.

Those SPACs that may do better in this environment have some differentiation. This can come in two main ways. Firstly, the SPAC may be larger. Bigger SPACs can do bigger deals with bigger companies. This is helpful to RedBall, as it has raised $575 million, when the average SPAC size is closer to $300 million. That opens it up to a range of bigger companies that other SPACs cannot access.

Second and where RedBall really benefits is industry expertise.

Billy Beane is well known in sports for his data-driven approach for team management as detailed in the Michael Lewis book Moneyball, which praises Beane’s management approach.

However, it’s not just Billy Beane. Gerry Cardinale is an ex-Goldman Sachs partner with a 25-year history running RedBird Capital Partners, which has a strong track record and a deep set of connections across the sports industry.

Therefore, RedBall has strong management and is differentiated when compared to many other SPACs.

The above framework suggests an expected value for RedBall of somewhere between a loss of a little under 1% (ignoring opportunity costs) and a gain in the mid-teens. I want to avoid excessive precision here as there are many unknowns. The key to the favorable setup is two-fold. Downside risk appears largely capped, and the upside scenario could be material. Hence the positive expected value largely remains even if the probabilities and upside case are adjusted.

Last month there were rumors that RedBall could merge with Fenway Sports Group that owns the Red Sox, Liverpool F.C. and their respective stadiums, plus various other sports assets. Now, the investment case here is not premised on that specific merger closing. However, it does appear that if RedBall were to bring a trophy franchise to market at a reasonable valuation, then the upside could prove material. RedBall is uniquely positioned to do this compared to other SPACs given management pedigree and its relatively large cash pile.

Few sports franchises are publicly traded. However, we can see that franchises that are such as Manchester United or the Atlanta Braves trade a premium. This admittedly small group trades at 3.5-6 times sales when compared to the S&P 500 at 2.6x times.

The New York Mets also sold this September in the middle of the pandemic for over around $2.5 billion. That’s estimated to be a record for a North American franchise. Of course, the question is whether RedBall pays full value for any merger partner or not.

Risks To The SPAC Market

Of course, we should argue the other side too. On many measures, the market valuation on historic multiples is high. Declines in market valuations generally cause interest in SPAC mergers and IPOs to wane.

Also, SPACs are the new hot activity. Many are being launched. We are seeing SPACs from former speaker Paul Ryan to basketball great Shaquille O’Neal. This is great for merger targets that have a range of suitors; it’s less good for investors who may end up overpaying for merger targets. Though again, the mild silver lining here is a decline in SPAC attractiveness would likely cause RedBall to be dead money rather than lost money.

It is also of note that the reason so many SPACs are launching is because management is compensated with shares are a very discounted price. From the S-1:

“On June 10, 2020, the Company issued 14,375,000 Class B ordinary shares to the Sponsor (the ‘Founder Shares’) in exchange for a payment of $25,000 by the Sponsor to cover for certain offering costs on behalf of the Company.” What this leads to is management owning typically 20% of the company at a massively discounted price compared to what the public pays. That reduces the returns to public shareholders. This practice is common for SPACs and the SEC has called for improved disclosure on the issue. Specifically “As the Commission continues to evaluate this space, we should focus on how SPACs disclose the relevant risks and sponsor compensation.”

RedBall’s warrants separated last month. The investment thesis here absolutely does not apply to the warrants because in a no-deal scenario, warrants are typically worthless. Hence the warrants do not have the downside protection that appears inherent in the equity. Warrants offer potentially the prospect of high reward and high risk, we do not evaluate them here.

RedBall presents an intriguing setup for investors, due largely to the degree of downside protection given the potential to redeem shares at $10 relative to a trading price of $10.06. As the number of SPACs increases, differentiation is important. It appears RedBall has the high-caliber management and larger-than-average size that should lead it to complete an attractive acquisition. Should this not occur, investors appear unlikely to lose much.

Disclosure: I am/we are long RBAC. I wrote this article myself, and it expresses my own opinions. I am not receiving compensation for it (other than from Seeking Alpha). I have no business relationship with any company whose stock is mentioned in this article.

Additional disclosure: Not intended as investment advice. Author’s stock positions may be updated without notice. No warranty is given on the accuracy of the information in this write-up or that it will be updated. Investing involves risk of permanent capital loss.