Red hat, white-hot indignation – Amid a financial investigation at the Vatican, a cardinal is dismissed | Europe

Home Financial news Red hat, white-hot indignation – Amid a financial investigation at the Vatican, a cardinal is dismissed | Europe
2020-09-272020-09-27By finanz.dk 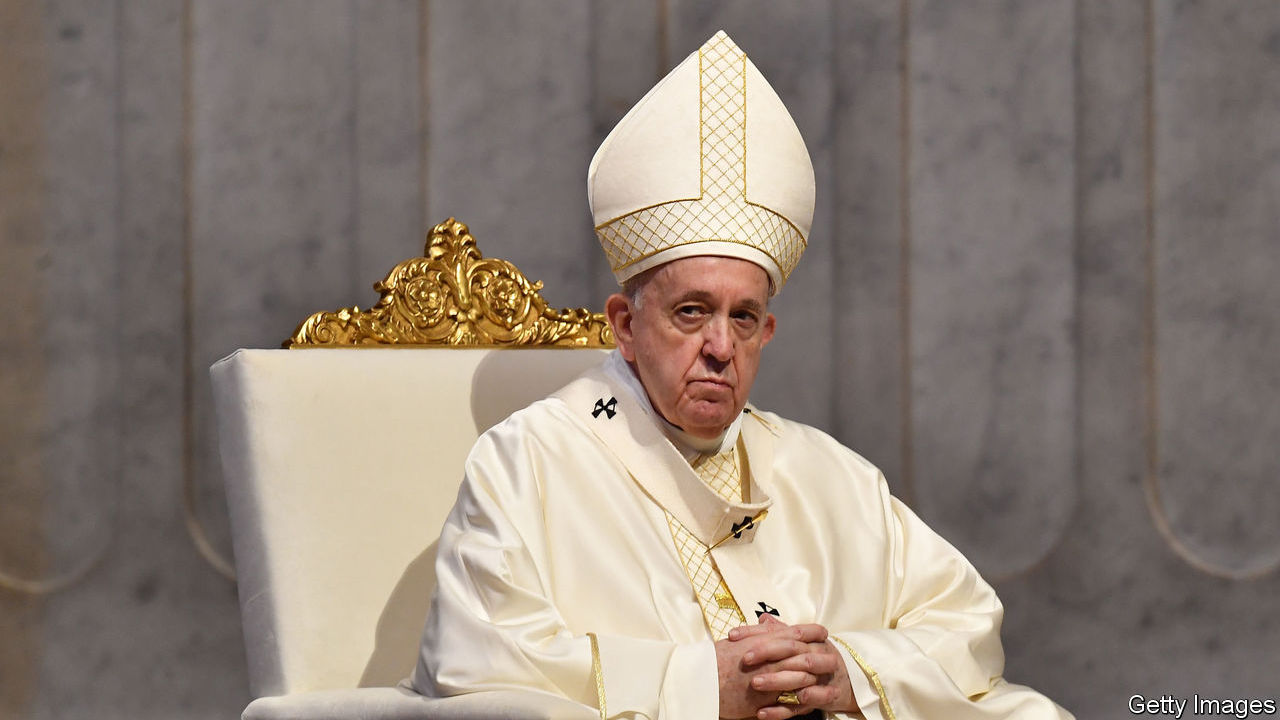 WHEN THE pope, an absolute monarch, tells a subordinate to go or move, the underling invariably does so without a murmur. Not Cardinal Giovanni Angelo Becciu.

On September 25th, the day after Pope Francis told him to resign from one of the most senior posts in the Catholic hierarchy and stripped him of his rights as a “prince of the church”, the cardinal hit back. He protested his innocence, described his meeting with the pope as “surreal” and pitched an already scandal-wracked Vatican into yet deeper turmoil.

Cardinal Becciu, one of the most powerful men in the Holy See, said he was “white in the face” as the pope told him: “I no longer have trust in you.” The Italian prelate has been allowed to retain the title of cardinal. But Francis ordered him out of his job as head of the Vatican department that decides who should become Roman Catholic saints and told him he would have to give up his privileges as a cardinal, which include the right to help elect the next pope. Until this week Cardinal Becciu had been among those considered to have a chance of succeeding Francis.

His dismissal comes at an extraordinarily delicate moment. Inspectors from Moneyval, the organisation set up to fight money-laundering and terrorist funding in Europe, prepare to begin a visit to the Vatican next week.

Officials who reported to Cardinal Becciu are among those being investigated by the city-state’s prosecutors in connection with the purchase of a building in London. The property was bought by the Secretariat of State, the pre-eminent branch of the Vatican bureaucracy, which combines the roles of prime minister’s office and foreign ministry. Cardinal Becciu was then its second highest-ranking official. He has defended the deal, saying the property has since increased in value.

But, said the cardinal, the reason why he was sacked had to do with new information passed to the pontiff by Vatican and Italian prosecutors. He admitted that, as deputy Secretary of State until 2018, he had sent €100,000 ($116,000 at today’s exchange rate) to a diocese in his native Sardinia to help the unemployed. His brother heads the charitable arm of the diocese. The money came from Peter’s Pence, a fund comprising donations by the faithful that are sent to the Vatican to be used for charity. He said he had arranged for the Italian bishops’ conference to send a further €300,000 to the diocese.

Cardinal Becciu said the other allegation related to his time as the Vatican’s envoy to Cuba. He had used another brother, who has a carpentry firm, to make new doors for the Vatican’s embassy. “Did I have to travel the world in search of a carpenter when I had one at home?” he asked. He denied enriching his family and said the expenditure was authorised. Details of the new claims are due to be published in L’Espresso, a news magazine, on Sunday.

In October 2019 Vatican gendarmes raided the offices of the Secretariat of State. Most damagingly for the Vatican’s international credibility, the Holy See’s own regulatory authority was also raided in connection with the London property affair. The Vatican’s regulator, now known as the Supervisory and Financial Information Authority, combines the roles of banking watchdog and financial-intelligence unit (FIU). The documents and data seized by the police included confidential information that foreign FIUs had sent to the Vatican. The raid appeared to breach an established norm: that FIUs should have the freedom to decide which cases of suspected financial jiggery-pokery should go to court. The Egmont Group, a network of most of the world’s FIUs, promptly excluded the Vatican regulator from its information-sharing mechanism and reinstated it only after the authority had brokered a deal with the prosecutors aimed at preventing similar episodes in future.

Meanwhile, the Vatican Bank, properly known as the Institute for the Works of Religion (IOR), a lender located within the city state, is embroiled in a separate controversy. In March a Maltese court authorised three companies involved in a dispute with the bank to seize assets worth €29.5m—equivalent to more than three-quarters of the IOR’s profits in 2019. The two Malta-based investment companies and a Luxembourg-based subsidiary claim that, following a change of management, the IOR reneged on a commitment to invest €33m in the purchase and development of the building that once housed the Budapest Stock Exchange. The IOR contends that the deal was altered in a way that prejudiced its interests and claims to have incurred losses and lost profits of up to €25.2m.