This article was coproduced with Nicholas Ward.

Last week, we performed a deep-dive analysis of American Tower (AMT) – the highest-rated cell tower real estate investment trust according to our new iREIT IQ system – to see whether the recent weakness in the cell tower space had created attractive value.

In that piece, we provided a basic breakdown of how the industry works. If you’re interested in understanding more about this segment of REITdom, that’s where to go.

As for our conclusion about AMT? We’ll provide that right here: It’s indeed high quality, only still overpriced. So we’re keeping it at a Hold.

This week, we wanted to do some due diligence on its runner-up, Crown Castle International (CCI). 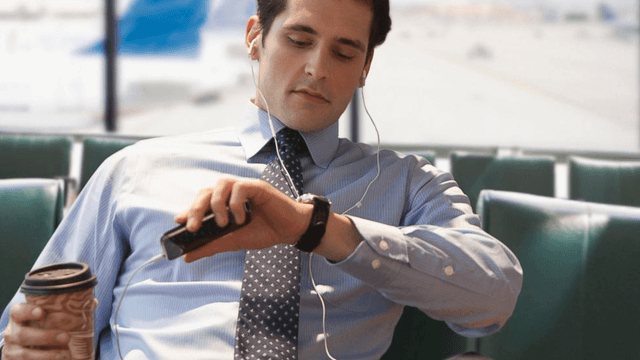 As we said in the AMT article, the names “American Tower” and “Crown Castle International” are somewhat misleading. After all, the latter’s investments are exclusively in the United States.

This sets it apart from its peers, which have pushed the oh-so-profitable U.S. cell-tower model out into the larger world. So does its relatively recent focus on fiber infrastructure and small-cell communications sites.

As it stands now, Crown Castle is the nation’s largest provider of shared communications infrastructure. Its portfolio consists of 40,000-plus cell towers, roughly 70,000 on-air and/or under contract small-cell nodes, and approximately 80,000 miles of fiber. 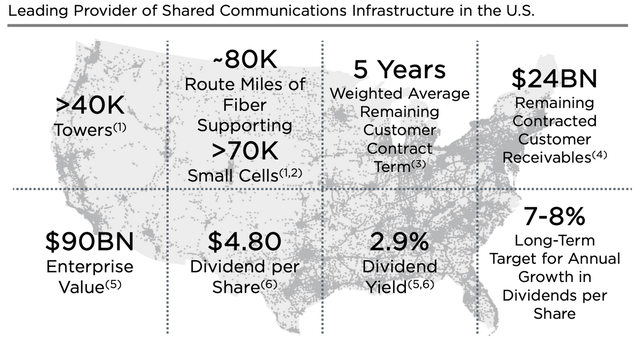 CCI serves every major U.S. market, believing that continued domestic data demand growth gives it a strong secular tailwind it can benefit from for years, if not decades to come.

Investing in the 5G Revolution

Crown Castle International became a REIT in January 2014 and has raised its dividend every year since. Today, it yields 2.97%, with a 19.6% five-year dividend compound annual growth rate.

Before you get too excited, that’s due to its near-79% increase in 2015. Since then, CCI has provided annual dividend growth in the high 7%-9% range, with its most recent increase occurring last October at 6.7%. And we expect to see another mid to high single-digit hike this fall.

While that combination might not seem exciting to all investors, this is a great formula for sustainable, long-term compounding, which generates massive wealth for investors time and time again.

And, of course, its 5G connections doesn’t hurt one bit. 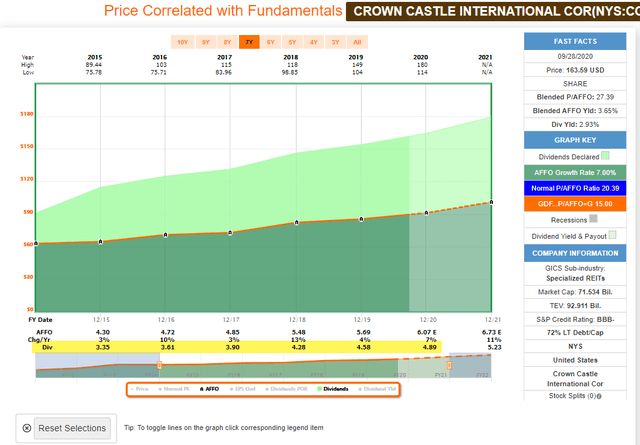 The 5G revolution has been in the news for years now, along with technological advances in:

Together with 5G data delivery, that list should lead to the next industrial revolution. 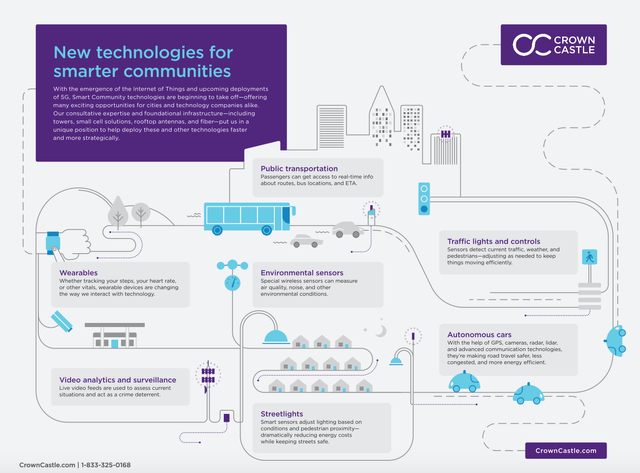 Without a doubt, technology is changing the way we live our lives. Over the last decade or so, mobile communications technologies and the Internet have ushered us into an age of information. This has increased the capability, productivity, and efficiency of nearly everyone with access to them.

READ ALSO  SE: Will the Covid Vaccine be Effective?

The 5G roll-out will only accelerate these trends, with companies like CCI at the forefront of making this possible. 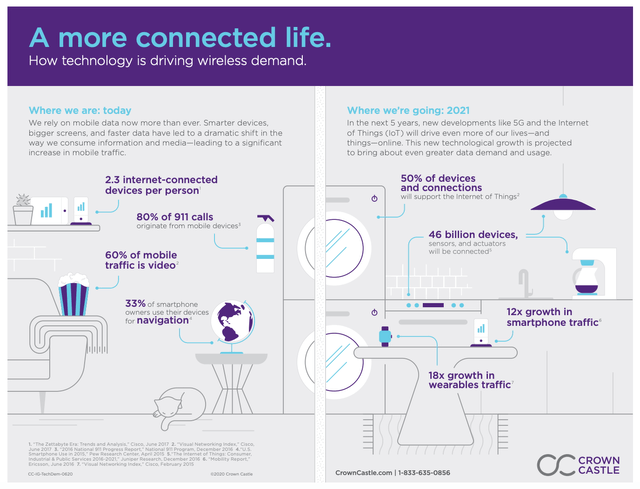 Heavy Is the Head That Wears the Crown (Castle)

When discussing AMT last week, we highlighted its strong operating leverage, which is extremely important. By investing in the ground assets and tower infrastructure, cell tower REITs in general can rent out space on each tower to multiple companies.

This increases their profitability per location almost exponentially without meaningfully increasing maintenance and other operating costs.

Cellular data demand is expected to rise ~30%-40% annually in the U.S. into the foreseeable future. Yet cell tower REITs are expanding to meet that without breaking their respective banks.

In this regard, the U.S. markets remain the most profitable one to play in. Though the margins are so strong on multi-tenant cell towers – and have been since the 4G market got going – that companies have begun going international.

Moreover, the 4G market will probably stay relevant for a decade or more in emerging markets. So companies like AMT and SBA Communications (SBA) are smart to continue focusing there.

Crown Castle, however, has pivoted toward fiber and small-cell communications sites, hoping to play the domestic 5G wave instead. This is a definite deviation from the highly-profitable and predictable cell tower model.

You see… fiber and small-cell investments are high cost, which will probably limit CCI in the size and scale of its infrastructure buildout. Plus, there’s a lot of competition here, with cell providers investing heavily in their own fiber and urban small-cell developments.

Only time will tell if names like AT&T (T) and Verizon (VZ) will be able to build out their internal networks quickly enough to meet demand. But right now, that appears to be their plans nonetheless.

As such, CCI might not be able to generate enough alternative demand to justify its own investments. And some investors worry that CCI’s operating leverage won’t scale nearly as effectively going forward.

Once again, however, the U.S. market does remain the most profitable place for mobile infrastructure companies to invest in. Data demand growth isn’t expected to slow down anytime soon. 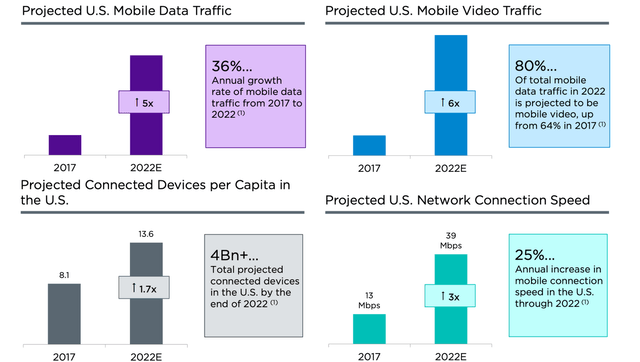 Since U.S. growth should keep up with – or even exceed – international growth, Crown Castle seems willing to take the heightened risk of venturing down the path others aren’t taking.

Part of this strategy appears to be as a hedge against potential disruption to its traditional tower sites, which are largely located in urban areas. Indeed, we do suspect those will see increased competition from small-cell sites, thus reducing margins/returns on investments.

For the time being though, CCI’s small-cell investments pale in comparison to its traditional towers in these urban markets. And it’s unclear as to whether they can offset potential negative growth elsewhere.

CCI, for its part, begs to disagree. In a recent shareholder report, it estimated the risk/reward at 7:1 to the upside for shareholders over the next decade. 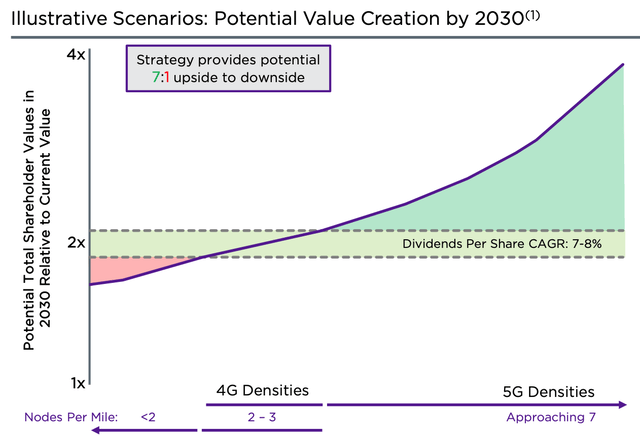 That could be true. But right now, we just can’t be sure.

It’s true that Crown Castle is building its small-cell network to benefit from multiple tenants on each cell – similar to the tower market. Though that brings us right back to the issue of carriers investing heavily in their own networks.

The T-Mobile/Sprint merger consolidated the domestic cell phone market in a significant way. Can CCI really compete with the results?

We like Crown Castle’s long-term mindset and aggressive stance with small-cell 5G infrastructure. We’re just concerned about timing. Is it too soon?

There are still relatively few 5G capable devices, and the return on investments it hopes to receive remain fairly speculative. So it’s important to factor any short-term bottom-line growth headwinds into CCI’s fair value calculation. 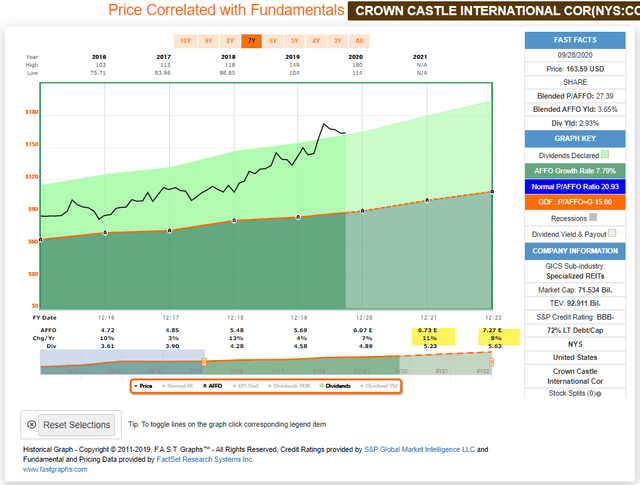 This isn’t a big divergence, admittedly. And CCI still outperforms most REITs in general. But if the trend continues, a more significant gap will begin to form between it and its peers.

Next up, let’s look at current valuations. In this, compared to their long-term historical averages, CCI and AMT are both situated in relatively similar positions:

So our valuation concern isn’t with Crown Castle’s comparative peer-to-peer pricing. It’s with the market’s willingness to place a historically high premium on shares.

From 2011-2018, the company traded in a fairly well-defined range that closely correlated with its 20x long-term average.

However, in 2019 and 2020, investors piled into cell tower REITs, hoping to bask in the 5G rollout – while collective dividends on the side. 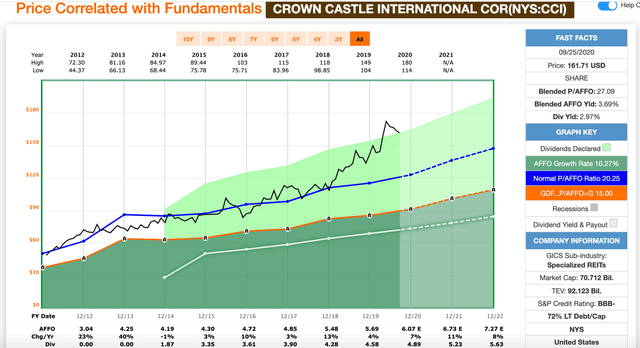 In our estimation, they’ve taken the enthusiasm too far.

We certainly see continued growth ahead. Please don’t mistake us. It’s just that we don’t expect top- or bottom-line growth in the cell-tower space to significantly exceed their results from the previous 4G rollout.

Cell phone carriers certainly aren’t expected to generate exceedingly high profits from the more advanced networks. Instead, the growth of annual carrier capital expenditures has slowed over time – as will probably happen this time around too. 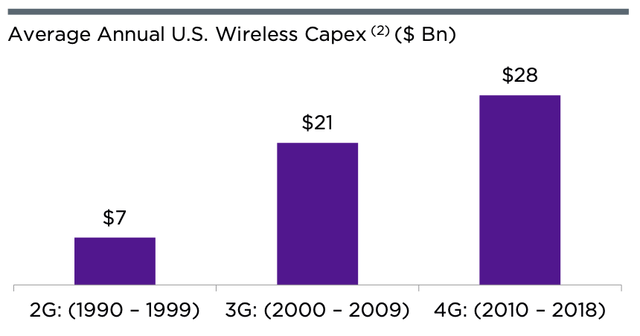 The cost of data per gigabyte is decreasing long term at a double-digit pace. And demand for mobile data has increased even more significantly. Nor do we expect either trend to change in a significant fashion any time soon.

This means it’s unlikely that carriers will have significant excess profits to invest in themselves than they did before, which means neither will cell tower REITs, since they rely on those infrastructure investments.

CCI is probably capable of impressive annual growth (8%-12% is nothing to sneer at). And we’d love to be a part of it.

But it’s not worth paying such a high premium in the present.

Our fair value estimate for Crown Castle International currently sits at $120 per share. And, due to the uncertainties surrounding its small-cell strategy, we don’t feel compelled to raise that.

We made our moves at much more acceptable valuation levels with several purchases between 2015 and 2018. The resulting position has returned over 20% annually, so we’re not about to sell them.

We’re content to remain disciplined and patient with regard to seeking an acceptable margin of safety before adding any more shares.

At iREIT, we’re committed to assisting investors navigate the REIT sector. As part of this commitment, we recently launched our newest quality scoring tool called iREIT IQ. This automated model can be used for comparing the “moats” for over 150 equity REITs and screening based upon all traditional valuation metrics.

Disclosure: I am/we are long CCI, LMRK. I wrote this article myself, and it expresses my own opinions. I am not receiving compensation for it (other than from Seeking Alpha). I have no business relationship with any company whose stock is mentioned in this article.