All flights were cancelled at Hong Kong’s airport for a second day after protesters took over the terminals.

The authority advised the public not to come to the airport.

The airport’s arrival and departure halls were blocked by thousands of protesters who were gathered in the airport for the fifth consecutive day.

They are calling for democratic reforms and an independent inquiry into alleged police brutality.

Protesters clogged the departure area at Hong Kong’s reopened airport Tuesday, a day after they forced one of the world’s busiest transport hubs to shut down entirely amid their calls for an independent inquiry into alleged police abuse. 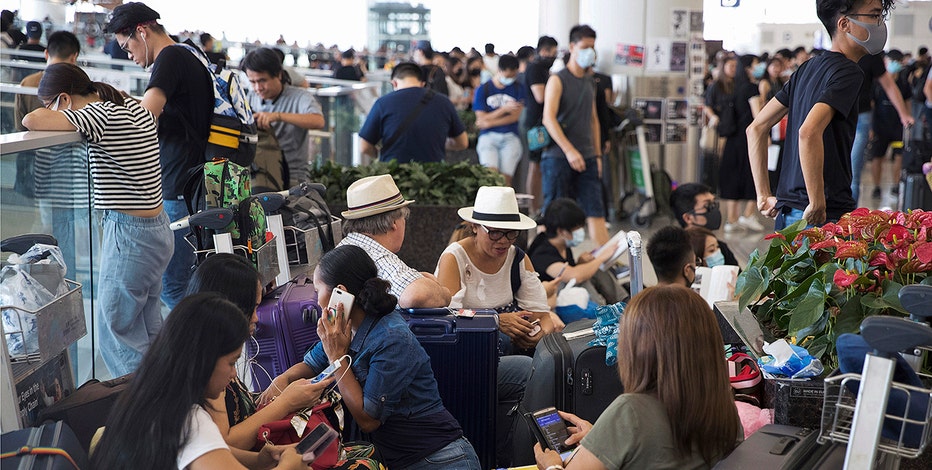 After filling up two separate arrivals halls, demonstrators streamed into the departure area despite increased security measures designed to keep them out.

Some flights were able to take off earlier Tuesday, relieving some of the pressure from Monday’s cancellation of more than 200 flights.

The central government in Beijing ominously characterized the protest movement as something approaching “terrorism” that posed an “existential threat” to the local citizenry. 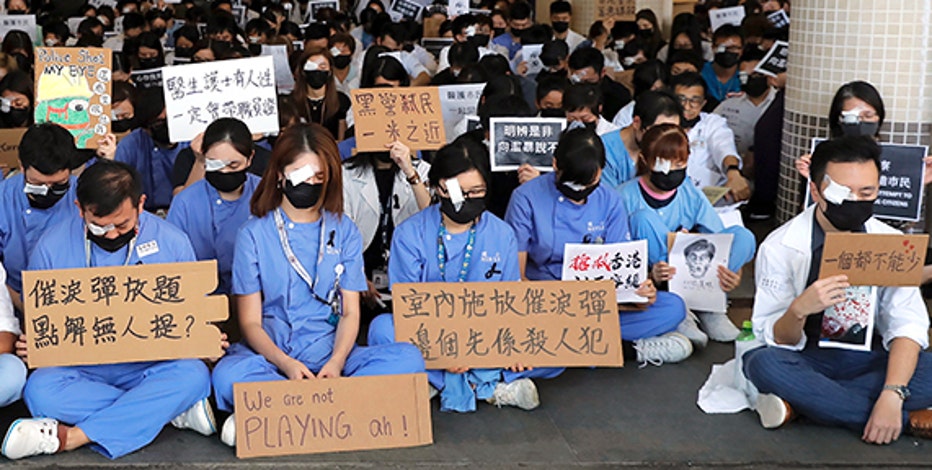 READ ALSO  Initial Claims Continue To Fall - So Does Unemployment

Medical staff wearing eyepatch stage a protest against police brutality to the protesters, at a hospital in Hong Kong, Tuesday, Aug. 13, 2019. Demonstrators have in recent days focused on their demand for an independent inquiry into what they call th

The demonstrators have shown no sign of letting up on their campaign to force Hong Kong leader Carrie Lam’s administration to respond to their demands, including that she step down and entirely scrap legislation that could have seen criminal suspects sent to mainland China to face torture and unfair or politically charged trials.

While Beijing tends to define terrorism broadly, extending it especially to nonviolent movements opposing government policies in minority regions such as Tibet and Xinjiang, the government’s usage of the term in relation to Hong Kong raised the prospect of greater violence and the possible suspension of legal rights for those detained.

Demonstrators have in recent days focused on their demand for an independent inquiry into what they call the police’s abuse of power and negligence.

That followed reports and circulating video footage of violent arrests and injuries sustained by protesters.