Tens of thousands of Bolivians have blocked roads across the country over a decision to delay the presidential election due to coronavirus, prompting fears of a repeat of the chaos and bloodshed that followed the last election nine months ago.

The Organisation of American States has accused some protesters of “preventing the passage of oxygen tankers and ambulances necessary to attend the pandemic”.

“The immorality of trying to obtain political returns from the suffering of the people in the face of this health situation is inadmissible,” it said in a statement.

The government has echoed that sentiment and the UN has appealed to protesters to allow supplies through.

However, the demonstrators, led by the country’s biggest trade union federation, the COB, say they are not blocking any medical supplies. They accuse the government of making them a scapegoat for its poor response to the pandemic. 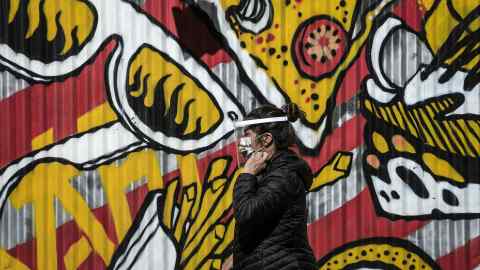 Meanwhile, from exile in Argentina, the country’s ousted leader Evo Morales says the top brass of the Bolivian military is planning a coup to replace the current civilian government with a civilian-military junta.

“Some days ago they brought in two planes from the United States carrying military equipment,” he told Kawsachun News, a Bolivian media outlet sympathetic to his cause. He did not provide evidence for his claim.

This week’s protests were sparked by a court decision last month to postpone the first round of the presidential election from September 6 to October 18 due to the virus. The vote was initially supposed to take place in May.

The opposition Movement Towards Socialism (MAS) accuses the government of Jeanine Añez of using the pandemic as an excuse to cling to power. She says she is simply abiding by the judicial decision and is willing to go to the polls whenever the court deems the worst of Covid-19 has passed and it is safe to do so.

Ms Añez has held the interim presidency since late last year when Mr Morales fled following a highly controversial election. Mr Morales claimed to have won it, sparking protests from his opponents who cried fraud. The military intervened and forced Mr Morales into exile, triggering a fierce backlash from his supporters. The resulting bloodshed cost more than 30 lives and brought the country close to civil war.

In an audit of the election results, the OAS said it found widespread evidence of fraud.

The extent of this week’s blockades was hard to gauge. Juan Carlos Huarachi, head of the COB, said on Thursday there were 200 across the nation. Local media put the number at about 100.

Videos posted on social media showed thousands of people marching in different parts of the country, and roads covered in debris and rocks. The road linking La Paz to the city of Cochabamba, a stronghold of pro-Morales militants, appeared to be have been blocked in several places.

Local media reports said miners had detonated dynamite on a mountainside, triggering a rock collapse that covered the highway. The road from Cochabamba to the highland city of Oruro was also reportedly closed.

In La Paz, one senior health official said hospitals were likely to run out of oxygen within 24 hours. Local media reported a similar situation in the cities of Cochabamba, Oruro and El Alto.

Bolivia, with a population of 11m, has registered over 86,000 cases of coronavirus and nearly 3,500 deaths. That puts it at around the average for Latin American nations in terms of cases per capita — behind Brazil, Chile and Peru but ahead of Mexico, Argentina and Colombia.

However, as one of the poorest countries in South America, it has less money to deal with the pandemic than its neighbours. A recent OECD report found that per capita Bolivia spent less than half the Latin American average on healthcare. In some cities local authorities have hastily dug extra graves to deal with the rise in deaths.

“For the most vulnerable, the main problems in Bolivia are access to food, hygiene products and healthcare,” the Catholic development agency CAFOD warned this week. “The hospitals don’t have enough ventilators or personal protective equipment and some cannot manage isolation needs properly.”

For now, the electoral court insists the vote will go ahead in October with a second round in November if necessary. The new government would assume office before the end of the year.

Ms Añez, a former rightwing senator, is running for the presidency, despite saying initially she would not. Her main rivals are former president Carlos Mesa, the most centrist of the three main candidates, and, for the MAS, Mr Morales’ former finance minister Luis Arce.

Previous PostUS Intelligence: If Trump Wins Russia Did It, If Biden Wins It Was China And IranNext PostWhile Americans Sacrifice To Survive The Pandemic, CEO Compensation Has Barely Changed