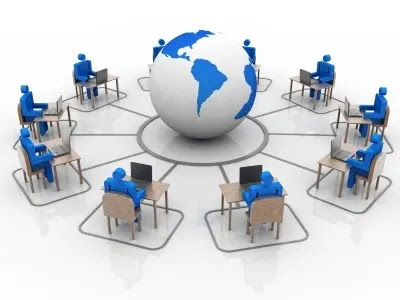 A conference call of the President’s Working Group on Financial Markets (aka The Plunge Protection Team), that best can be described as an emergency call, was convened on Tuesday by Treasury Secretary Steve Mnuchin.

Others on the call were:

The trigger for the call was, of course, the panic in markets as a result of the Wuhan coronavirus.

The PPT is no doubt monitoring the economy for any serious fissures that might develop in financial markets because of the current virus-related crisis.

President Trump has indicated that he wants to provide support for these sectors, although no detailed plan has emerged.

Oil lobbyists are apparently pushing for the US government to replenish the Strategic Petroleum Reserve, according to Bloomberg. That would be a buy of at least 78 million barrels.

Trump administration officials are also considering a separate idea to help some oil companies by lowering royalty rates for oil and natural gas extracted from federal land, reports Bloomberg. Those rates are currently at 12.5% — a rate established in 1920. The size and duration of the reduction being considered by the administration were not immediately clear.

Trump is also pushing for a payroll tax holiday that would run through the remainder of the year, though there appears to be Congressional resistance.

The administration is also likely to extend the April 15 tax deadline as part of an effort to mitigate the effects of COVID-19 on U.S. households and businesses, according to The Wall Street Journal.

Extending the tax filing deadline would effectively act as a bridge loan for individuals and businesses.

On a deep planning level, I continue to hear that deep in the bowels of official Washington, government officials, mostly economists and financial people, are working out all possibilities they can think of, including a worst-case scenario where the President locks down a large region, or all of the US. The scenario is considered extremely remote. However, if such a lockdown occurs for an extended period of more than two or three weeks, then many firms, and individuals who live paycheck to paycheck, are going to be in serious financial trouble.

Under such a situation, the thinking is the President might have to declare a temporary moratorium on all debt and rental payments in the locked-down region. This is where the Fed would come in and shore up banks who aren’t receiving scheduled debt payments.

I want to emphasize this is worst-case scenario “war game” planning that is not expected to be implemented but it is being thought out.

Many individuals who are employed by firms would be able to collect unemployment for the period they are out of work because of a lockdown but this would not be the case for self-employed, owners of small businesses and many who work in the gig economy. Thus the moratorium.

Italy implemented something along these lines yesterday.

From The Financial Times:

Italy increased its emergency economic measures and suspended mortgage payments to mitigate the consequences of imposing nationwide quarantine restrictions as Europe battles to contain the largest outbreak of the novel coronavirus outside China.

Rome’s move is designed to help businesses and families weather a decision late on Monday to ban all “non-essential” travel and public gatherings across Italy until the start of April.

If Trump locks down a significant part of the country expect this kind of mortgage and debt payment moratorium in the lockdown area with the Fed backing up commercial banks who may be at risk because of the moratorium.

But in addition to this worst-case scenario, the President, being something of a hyper-Keynesian, wants a plan now to give a boost to the stock market and economy.

Many expected Trump to deliver details of a plan on Tuesday, he didn’t.

It may happen later today, after Trump meets with major American bank executives at the White House.

Expected to be among those in attendance at the meeting:

And next week, following a Federal Reserve policy meeting on March 17-18, another rate cut will likely be announced by the Fed.

And so the Trump-led “do whatever it takes” manipulation of the economy is likely to develop over the next few days.

It may give him a boost in the polls but the manipulations are likely to be highly price inflationary in the long run.

An inflation few are expecting but something you heard about here first.