Home Financial news Please Stop With The Claim That Unilateral Free Trade is a Problem If Foreign Governments Impose Tariffs
2019-09-282019-09-28By finanz.dk 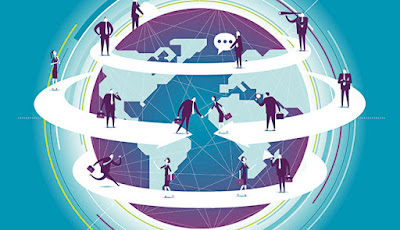 A Don Boudreaux letter to someone who takes “a scientific and non-ideological approach to public policy issues.”

Thanks for your e-mail.

I am indeed aware that foreign-government tariffs on American exports can “block American companies’ access to economies of scale.” But I disagree that this reality “makes a strong case against unilateral free trade.”

First, as Adam Smith would agree, the particular Americans who would be harmed by “our” tariffs aimed at reducing foreign-government tariffs are not the same Americans who would gain in the off-chance that “our” tariffs convince foreign governments to lower theirs. I see no ethical justification for the U.S. government to restrict the freedom of – and to intentionally inflict economic harm on – some Americans in order that other Americans can operate their companies more efficiently.

Suppose that you (and, admittedly, many others) are correct that retaliatory tariffs imposed by the U.S. government are justified by foreign-government policies that “block” some American companies’ abilities to fully exploit economies of scale. Why stop with U.S. government retaliation only against foreign tariffs on American exports? Why not also have the U.S. government retaliate, say, against foreign governments for simply allowing new firms within their jurisdictions to arise – and existing firms there to expand – if, as is often the case, these firms’ growth reduce the markets of American firms and, thus, ‘block’ American companies’ access to economies of scale?

Unless you can show that foreign tariffs on American exports are categorically unique at preventing some American companies from achieving greater economies of scale – which is impossible to show – your case for using unexploited economies of scale as a justification for punitive taxes on American purchases of imports will be, at best, ad hoc, and in practice nothing other than convenient intellectual cover for cronyists in pursuit of special privileges.

Sincerely,Donald J. BoudreauxProfessor of EconomicsandMartha and Nelson Getchell Chair for the Study of Free Market Capitalism at the Mercatus CenterGeorge Mason UniversityFairfax, VA 22030