Plane raffle shows healthcare is a lottery in Mexico

Wilberto Sosa stares at the window plastered with lottery tickets for Mexico’s “presidential plane” draw on Tuesday, wondering if one of them contains his lucky number.

The tickets are emblazoned with an image of the custom-fitted Dreamliner, complete with king-size bed and running machine, but Mexico’s “Airforce One” is not itself up for grabs.

Instead, there are 100 prizes of nearly $1m each, just short of the value of what the government considers the biggest symbol of the corruption of its predecessors — the luxurious plane. The prizes are funded by the sale of cars, jewellery and properties confiscated mostly from drug traffickers. The money raised from the ticket sales is being billed as a “contribution” by the Mexican people to help fund a new health service.

“In the end, you don’t get to win the plane but it’s a good cause,” said Mr Sosa, 57, a photographer, who said he could not afford a ticket himself but was being treated to one by a friend in the US. If he wins, he will pay off debts and maybe open a shop.

President Andrés Manuel López Obrador, who vowed to get rid of the ostentatious $130m aircraft that he refuses to use, did initially consider raffling it off. The plane has attracted offers, but remains for sale.

It is a symbolic exercise that allows the populist leftwing president — who insists on flying coach class on commercial flights — to parade what he calls the unethical excesses of his predecessors. 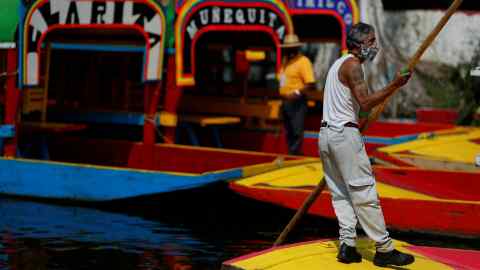 The proceeds from the 500 peso ($23) tickets will be used to buy medical equipment such as X-ray machines and ambulances for hospitals at his new Insabi health service. The president has promised care on a par with Denmark’s, and that it will be free for Mexico’s poor.

The prize money is being put up by the Institute to Return What Was Stolen to the People. Mr López Obrador created the Robin Hood-style agency to auction goods — including flash cars, properties and jewellery confiscated mostly from drug lords — for the benefit of poor communities.

As if raising funds via a raffle to fund hospitals were not unorthodox enough, Mr López Obrador announced this month that the government would use 500m pesos which he said had been “recovered” by the attorney-general’s office, to buy some of the still unsold tickets.

They would then be distributed to nearly 1,000 Covid-19 hospitals across the country.

But critics say the president is literally turning healthcare spending into a lottery.

“So instead of properly funding the Mex health service, Amlo will use money taken from organised crime to buy raffle tickets [to give] to hospitals so they can maybe win a cash prize (but not the presidential plane). Isn’t that the craziest public health financing you ever seen?” tweeted Duncan Wood, head of the Mexico Institute at the Wilson Center, a think-tank.

The 20m peso prizes are attractive in a country where nearly 60 per cent of workers earn less than $350 a month. Still, many rolled their eyes.

“I think it’s ridiculous,” said Miguel Islas, 40, a taco seller. “Something that was bought with taxpayers’ money is being raffled. Can’t they just buy medical equipment directly?” 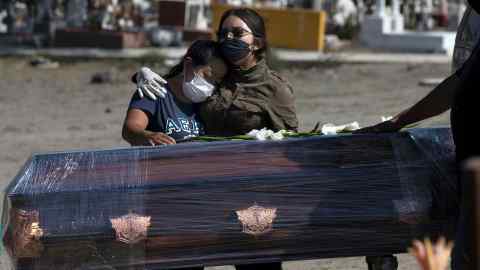 On the eve of the draw, the National Lottery had sold 4.2m of the 6m tickets — 69.7 per cent of the total — raising 2.1bn pesos. In a last-minute push, tickets also went on sale in Congress.

Prominent politicians including Marcelo Ebrard, foreign minister, took to social media to encourage Mexicans to follow their lead and buy a ticket.

Government workers, many of whose salaries have been cut as Mr López Obrador has slashed spending rather than take on debt to fund a Covid-19 stimulus, have reportedly been strong-armed into supporting the raffle.

“It’s a disgrace, you shouldn’t have to sacrifice your salary in a pandemic,” said a lawyer with relatives working in the government, who asked not to be named. She said her family members had been “obliged to co-operate, quote, voluntarily. If you don’t, you’re put on a blacklist”.

The president last month denied forcing bureaucrats to take part, but in February, he invited the business elite to a dinner at the National Palace at which they were served forms inviting them to cough up.

As Covid-19 threatens to push 11m people into extreme poverty in a country where nearly half the population does not earn enough to cover basic needs, many poor people do not have the luxury of taking part.

“It’s a very tempting adventure,” admitted Catalina Bernal, a 77-year-old pensioner. “But if we want to eat, we can’t afford a ticket.”