Pinterest (NYSE:PINS) reported disappointing earnings in Q1 and a wider than expected net loss. Looking at what the company is investing in, there is a path to growth and profitability. At this stage, however, Pinterest needs to start to better exploit its strengths in order to catch up with peers and remain relevant to advertisers. 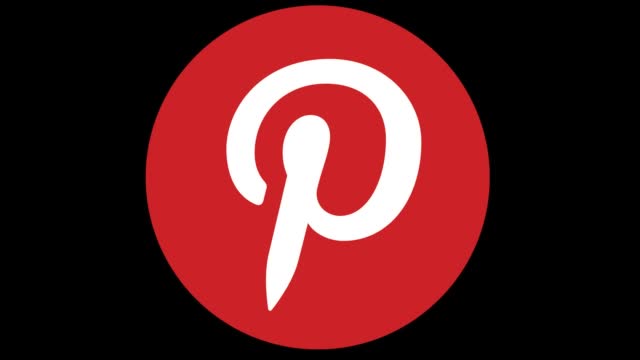 It has become a trend for social media platforms to open their doors to online shopping. Pinterest opened up to this possibility introducing catalogs early last year, and it has recently partnered with Shopify (NYSE:SHOP) to launch a new app that gives a quick way to merchants to upload catalogs and product pins to Pinterest.

Around the same time, Facebook (NASDAQ:FB) released a similar new feature for its Facebook and Instagram platforms, confirming that this seems to be the common way for social media platforms to increase user monetization through advertising (here my article analysing Facebook’s deal).

Imagine you are a CMO, or a small business owner wanting to allocate the social media advertising budget. Looking at simple volumes, the allocation choice seems like an easy one. You would throw your net where there are more fish, i.e. to the biggest platforms by size. 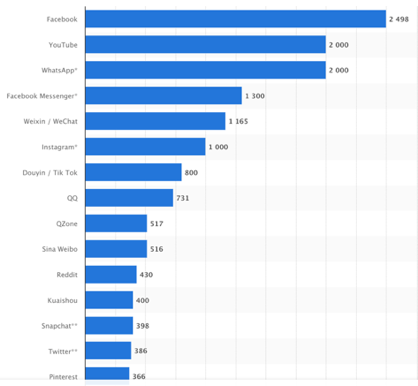 This would certainly not favour PINS, which maintains a relatively small size compared to the competition. Volumes can’t be underestimated and will certainly push more revenue towards the top-ranked platforms. However, despite a smaller audience, Pinterest maintains several advantages over the competing platforms.

A Unique User Base

According to data from Comscore, in the United States, a substantial majority of Pinners are women of ages 18-64. 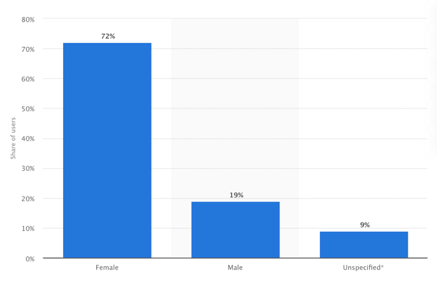 Surveys show that women are increasingly more reliant on the internet to make purchases, while men seem to prefer traditional street-side businesses. COVID-19 should constitute a catalyst for an even faster acceleration of these trends. In fact, the shopping features were achieving significant success even before the pandemic. At the end of February:

Women’s shopping mindset, open to discovering products, is set to create a strong connection between Pinners and businesses. 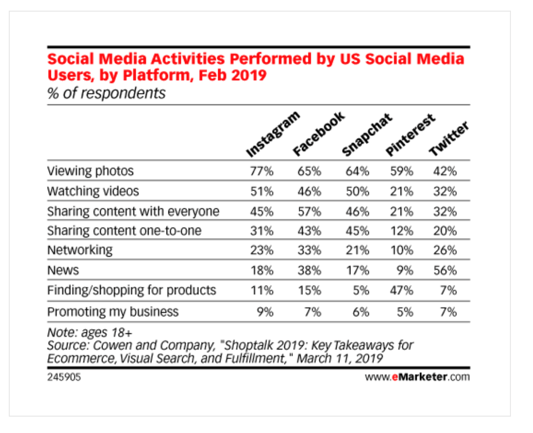 Statistic confirms these assumptions, as 47% of Pinterest users use the platform to shop for products. I believe Pinterest’s real potential lies in this data. The company is moving in the right direction, but with small steps. Pinterest recently added the Verified Merchant Program, in which merchant can be verified with a blue tick, to increase trust from customers. Moreover, the partnership with Shopify is already showing rewards, as catalog feed uploads increased by 144%.

Increasing the platform’s inventory of reliable products is an important step in the business model’s success. However, this integration should not significantly impact Pinterest’s near-term revenue, as it will take time for businesses to acknowledge the platform’s benefits and consequently allocate more advertising budget.

Regarding its users, Pinterest is facing an odd combination of problems. The first problem is its small size relative to the competition. Social media platforms benefit from the reinforced constant interaction between users. A new better platform would not necessarily overtake the inferior one should the latter be bigger and well-established. People can only spend time on a limited number of platforms, and they tend to join those in which their friends are already on. 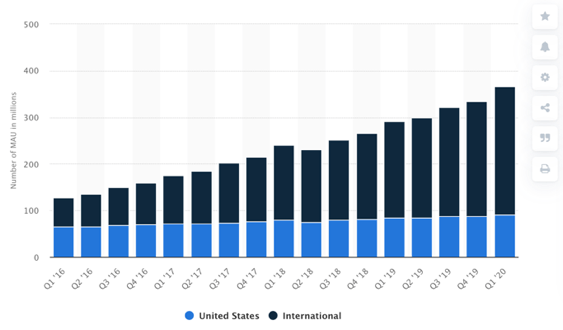 The second problem is saturation. Having just a fraction of the user base of other social media platforms, it seems odd for the company to already face market saturation problems. Instead, the US market seems to be approaching saturation. Global MAUs grew 26% overall YoY in Q1, but 35% of the growth came from international users and only 6% from US users. This problem is due to the high user concentration in one segment, since 42% of adult women and 80% of US mothers are already on Pinterest. To make matter worse, ARPU is significantly worse for international users than for domestic users, as it stands at $2.66 for US user vs $0.13 for internationals. For comparison, Facebook ARPU stands at roughly $29, indicating not just how big the gap with competitors is but also how big is Pinterest’s potential.

Pinterest is still growing its user base at a faster rate than Instagram (26% vs 10%), but it now needs to find ways to diversify its user base demographic if they want to attempt to gain market share. 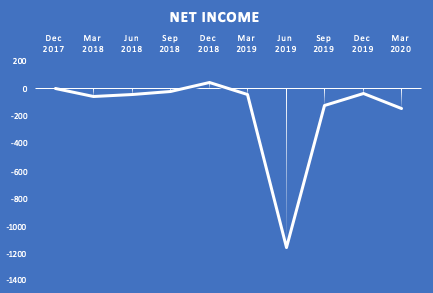 Pinterest is still struggling with user monetization, and its losses are still widening. However, Pinterest user base’s unique characteristics constitute its greatest potential. The new shopping trends in the social media industry are likely to benefit Pinterest in the long term, probably even more than competitors, but significant challenges hold the company down. I acknowledge the company’s potential now more than ever, but I need to see further improvements in user monetization to rate the stock a buy. I maintain a Neutral rating on PINS.

If you found this article of value, please follow (near the title) and/or press “Like this article” just below.

Additional disclosure: I am not a financial advisor. All articles are my opinion – they are not suggestions to buy or sell any securities. Perform your own due diligence and consult a financial professional before investing or trading.