Pilgrim’s Pride Corporation (NASDAQ:PPC) is the king of chicken products throughout more than 100 countries. The stock is greatly undervalued with the share price -42% for the past year after suffering a slew of negative headlines from seemingly klutzy actions by management. However, PPC is a far less risky Buy than what appears at first blush and deserves serious investment consideration.

Returning to the food industry is memorable for me since my father advised me to sell food or paint; there’s always a need for both and you can read my articles discussing them. He left school, gymnasium, at fifteen, in Germany for a job in the paint business. He had no idea in the 1920s that his advice falls under the psychological classification of representativeness heuristic, i.e., “judgmental shortcuts that generally get us where we need to go – and quickly – but at the cost of occasionally sending us off course.” Mark Twain made the point, “Steal a chicken if you get a chance, Huck, because if you don’t want it, someone else does and a good deed ain’t never forgotten.”

PPC reported exports grew 12% to China and strong demand in southeast Asia and a 15% growth in revenue. 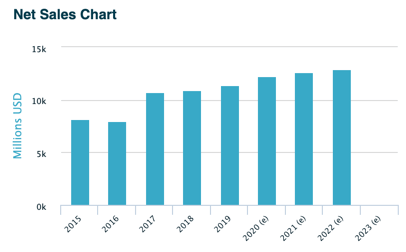 By the numbers, PPC reports Q’3

PPC sales to food services are lagging, as novel coronavirus cases spike, causing travel and hospitality shutdowns. Nevertheless, overall business in the U.S. and Europe is strong. Q’3 sales in Mexico were the best in the company’s history for the period. Three out of four other Seeking Alpha analysts this year give the stock a Bullish rating, as does Wall Street, while the Quant rating is neutral. Other pressures on profitability have been high corn and soybean meal prices largely due to high export demand primarily to China. 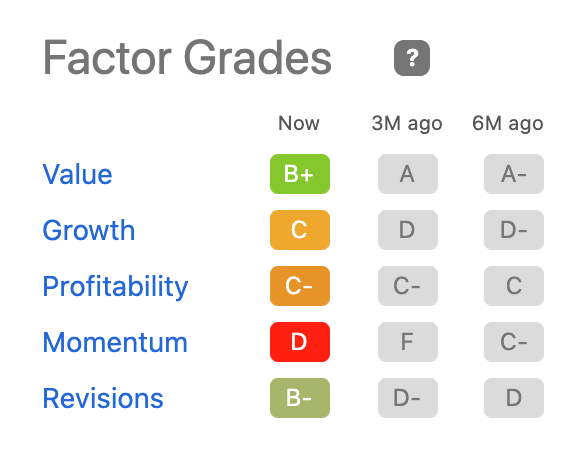 On the downside, the company carries a heavy debt load, but it is less burdensome and threatening its future than it may seem.

Second, bad management decisions got the company into brouhahas with federal and state agencies over price-fixing for broiler chicken products and antitrust issues for allegedly restraining competition. The latter issues are settled. The debt is the result of an aggressive growth business plan that has more to do with international economics than corporate avarice and management hubris.

COVID is taking a toll on PPC just like it is throughout meatpacking facilities and slaughterhouses. Mitigation costs were $27M for Q3 and approaching $80M for the year. This includes cleaning and disinfecting, PPE, erection of physical barriers, UV and air filtering systems to neutralize the virus. These plus indirect costs added ~$50M to SG&A costs in Q3. Yet, the company turned a profit that makes me and others believe the shares have the potential to make investors smile…Like they say, a chicken in every pot.

More on the positive side of things is the President/CEO’s statement about the company:

Our balance sheet continues to be robust given our relentless emphasis on cash flow from operating activities, focus on management of working capital and disciplined investments in high-return projects. Our liquidity position remains very strong with more than $1.3 billion in total cash on availability. We have no short-term immediate cash requirements, with our bonds maturing in 2025 and 2027 and our term loan maturing in 2023.

Eleven years ago, Brazilian beef producer JBS S.A (OTCQX:JBSAY) (OTC:JBSAF) purchased a majority of PPC shares for $800M, letting PPC emerge out of bankruptcy. The PPC value was estimated at $1.25B; the market cap today is $4.44B and JBS owns more than 80% of the shares.

PPC has +$6B in assets and $5B in liabilities; equity and debt are comparable at 98.9% debt/equity ratio. But the debt is covered by operating cash flow. Institutions own about 18% of the shares, individual insiders own less than one-half of one percent, and the general public and government investment are under 2%. JBS S.A. owns more than 80% of the shares.

JBS is a Brazilian-based producer selling beef, pork, chicken, and lamb for human and pet consumption and related chemicals, animal, and agricultural products. Its market cap tops $10B. JBS’s share price is also down 41% for the past year. The company is a major supplier to WH Group (OTCPK:WHGLY) (OTCPK:WHGRF) that is a China-based seller of pork, beef, and poultry to China about which I have written several articles. According to an economic analysis by the University of Arkansas System Division of Agriculture

Last year, 22.9% of pork, 16.4% of chicken and 11.1% of beef production in the United States was exported,” he said. “So far, the impact of COVID-19 on exports has been remarkably small for pork and chicken, considerably more significant for beef.

JBS and PPC enjoyed a surge in U.S. pork and chicken exports. Together, PPC and JBS are the major suppliers of food and feed to China where demand is on the increase, as the profile of the Chinese population changes from poor and rural to the middle class and urban. They also signed a meat deal with Alibaba Group (NYSE:BABA) for $1.5B last November. In August 2020, it was announced PPC bought the pork giant Tulip brand that is Britain’s largest pork processor and product provider. PPC also owns Northern Ireland-based poultry giant Moy Park.

READ ALSO  The "Great Reset" And The Risk Of Greater Interventionism

The takeaway from all this is that there seems to be low risk to investors buying PPC shares at the current price of about $18.00 per share. They are undervalued and the outlook for revenue growth is steady but not outstanding. The price/book ratio is within the food industry range, as is the company’s price/earnings ratio. PPC is benefitting from the ravages of African swine fever continuing to plague China’s hog herds and now spreading in Europe. The 33-year-old public company is selling well below its 52-week high but its ownership largely by JBS gives it resources and financial backing that make PPC a stock worthy of serious consideration to buying in the essential food industry. I can foresee shares reaching a target price in the mid-$20s if management is able to put together another profitable quarter now that it settled with the government and demand continues apace for its exports and stay-at-home packaged goods with COVID spiking again.

On a personal note, I want to welcome all my followers whose numbers have grown significantly this past year and thank ya’ll for your comments and courtesy. I try and heed the growl of legendary singer Janis Joplin who adjured, “Life is rigorous, and the invitations to blowing it are numerous and frequent.”