Perelman to sell stake in Scientific Games to Australia’s Caledonia

Ron Perelman, the billionaire investor and corporate raider, is set to sell his near 40 per cent stake in Scientific Games to Australian fund Caledonia, valuing the gaming and slot-machines group at about $2bn, said people familiar with the matter.

MacAndrews & Forbes, the investment firm that Mr Perelman runs from a townhouse in Manhattan’s Upper East Side, could announce a deal as early as Monday, those people said.

The US billionaire has been looking for ways to downsize his portfolio as several of his companies have been affected by the coronavirus pandemic. MacAndrews & Forbes said earlier this year that it was looking at several “opportunistic” divestiture options, including selling its stake in Scientific Games.

The decision to offload his investment in the US group comes after Mr Perelman, who rose to fame as one of the “barbarian” corporate raiders in the 1980s, told a Vanity Fair correspondent last month that he wanted a “less complicated and less leveraged business life.”

Shares in the gambling equipment company have tanked since 2018, when it had a market value of about $6bn. Scientific Games was hard hit by the closure of gambling venues in places such as Las Vegas to stem the spread of the virus, but its stock price has recovered some of the heavy losses it sustained in early March.

MacAndrews & Forbes, which bought and sold businesses including the film processor Technicolor and a group of Fox TV stations, has amassed a diverse portfolio of private and public companies, ranging from one making a smallpox treatment to another selling “customer engagement” technology for marketers. 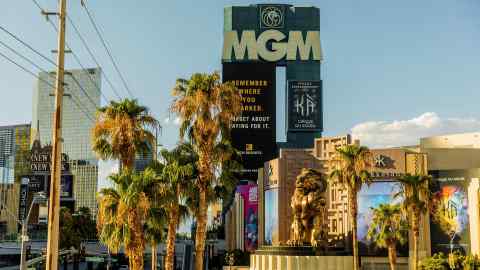 It recently sold its majority stake in AM General, the maker of Humvee military vehicles, to private equity group KPS Capital Partners for an undisclosed sum.

Mr Perelman made his name by orchestrating the hostile takeover of Revlon, which succumbed after a hard-fought battle in 1985, with the help of junk bond king Michael Milken.

MacAndrews & Forbes remains Revlon’s controlling shareholder and the company is run by Mr Perelman’s daughter Debra Perelman. The cosmetics group is currently at the centre of a dispute between Citigroup and hedge fund Brigade Capital after the bank said it erroneously transferred money to Revlon’s creditors.

The 77-year-old Mr Perelman has seen his personal fortune shrink by more than half since 2018 to about $8bn, according to the Bloomberg Billionaire Index. Much of his personal wealth is invested in art, restaurants and a 257-foot superyacht.

Mr Perelman has moved to sell many of his assets, including paintings by Joan Miró and Henri Matisse at a Sotheby’s auction, according to Bloomberg News. His extensive art collection, which was the source of litigation with gallery owner Larry Gagosian a few years ago, includes sculptures by the Swiss artist Alberto Giacometti and canvases by the American painter Mark Rothko.