The Pentagon has told commanders to prepare to withdraw an additional 2,500 US troops from Afghanistan and Iraq, delivering on a pledge by the Trump administration to bring back forces and end America’s “forever wars”.

The verbal instruction to prepare to reduce troop numbers by January 15, which was first reported by CNN, stopped short of a final drawdown decision from the White House known as an “execute order”.

“This is a harbinger of an execute order that will direct those changes,” the defence official said, adding an official order was expected by the end of this week.

US military commanders have repeatedly resisted reducing troop numbers in Afghanistan, arguing they would be unable to do their job with so few people. The Pentagon did not respond to a request to comment and the National Security Council at the White House declined to comment.

Donald Trump, who has refused to concede the presidential election following his defeat to rival Joe Biden, campaigned on a promise to bring back troops from America’s “forever wars”.

If the reduction were completed by January 15, it would make it harder for Mr Biden to reverse the order, given that he is not due to take over from Mr Trump until five days later on inauguration day. Similar warning orders have been issued in the past but did not result in troop withdrawals.

READ ALSO  U.S. Oil Production Is On The Rise Again

“The direction is arbitrary and capricious and now it’s up to us to figure out what [Mr Trump] means,” said the US defence official. There was no clear guidance on how the location or mission of US troops on the ground would be affected, the official added.

Mr Trump last week fired Mark Esper as his defence secretary and replaced him with an acting defence secretary, Chris Miller, a retired army officer who served in both Afghanistan and Iraq. Mr Trump also placed several officials who are seen are loyal to him in other senior Pentagon roles.

Mitch McConnell, the Republican Senate majority leader, pushed back against the withdrawal plan on Monday, saying a premature US exit from Afghanistan would “embolden the Taliban” and hurt US allies.

“A disorganised retreat would jeopardise the track record of major successes this administration has worked to compile,” he said, adding only a “small minority” in Congress would support a rapid drawdown.

Mr Trump tweeted last month that all troops should be “home by Christmas”. Mark Milley, chairman of the joint chiefs of staff and Mr Trump’s top military adviser, subsequently told NPR that further US withdrawal would be “conditions-based”. 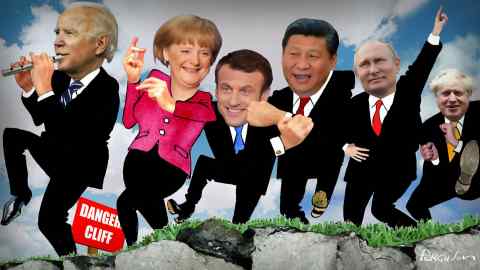 The US has already reduced troop numbers in Afghanistan to 4,500 from 14,000 last year, after the Trump administration struck a deal with the Taliban in February.

That deal required a reduction of violence by the Islamist group towards US forces in exchange for US withdrawals. It was also predicated on intra-Afghan talks to end the war, which began late and have not yet concluded.

In his first address to the entire US defence department, Mr Miller wrote that he was among those “weary of war” and that it was “time to come home”.

But in the same letter, which was sent on Saturday, he argued that the US must avoid the “past strategic error of failing to see the fight through to the finish”, adding they were “on the verge” of defeating al-Qaeda and its associates.

Bradley Bowman, an Afghanistan veteran now at the Foundation for Defense of Democracies, said national security interests rather than “the political calendar” should determine America’s military posture in Iraq and Afghanistan.

He is among some analysts who believe the primary beneficiaries of a premature withdrawal from Iraq would be Iran and Isis, and that complete withdrawal of US forces from Afghanistan could deliver victory to the Taliban and al-Qaeda.

Michael O’Hanlon, an analyst at Brookings Institution, said that while there was no magic number, he was worried about reducing troops to 2,500 in Afghanistan, describing such a drawdown as “too fast and too big”. He said it would be hard to protect remaining military bases with only skeletal forces.