Having appeared in numerous cities all over the world last month, signs that read “Islam is right about women” have now been seen in Austin, Texas.

An image of the sign was posted on The Donald subreddit with the caption, “Which of you beautiful bastards plastered these all over SW Austin last night? My next door app is blowing up with confusion. Absolutely hilarious.”

The posters previously appeared in Winchester, Massachusetts, causing a mini moral panic and the police to be called in to investigate.

They also popped up in Limerick, Ireland, prompting a local councillor to assert that the signs were intended to “incite hate” towards “either women or Muslims” (she wasn’t sure who). 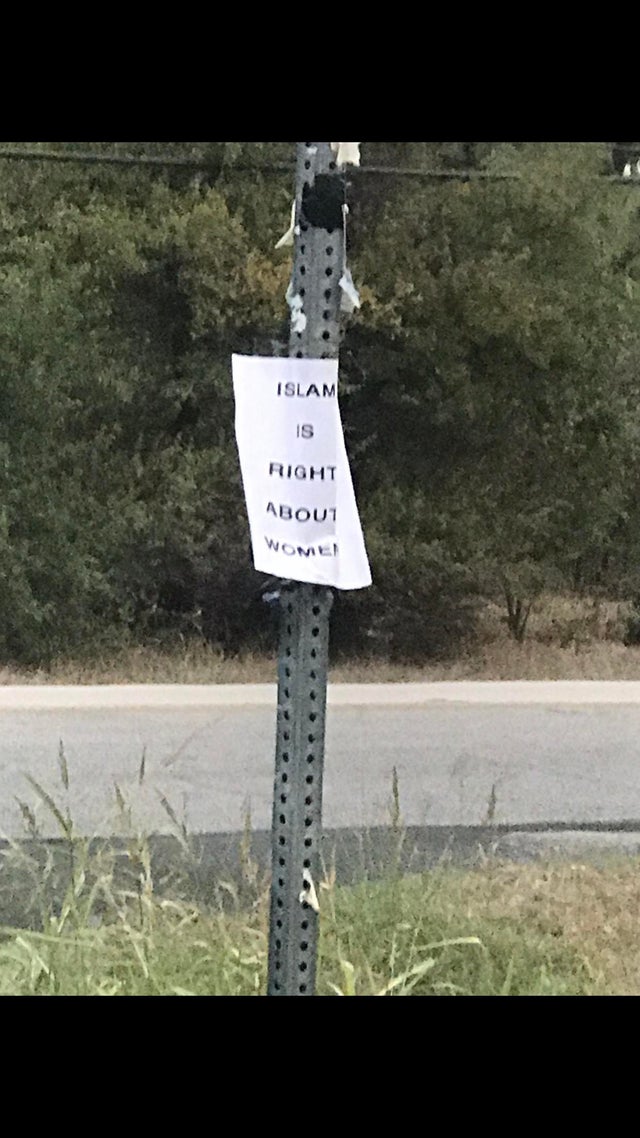 The meme is a 4chan troll designed to confuse muddled leftists who attempt to support Islam and women’s rights at the same time without realizing how the two contradict each other.

What makes the meme funny is that leftists routinely react with outrage, but don’t know quite who to be outraged on behalf of.

If they find the message offensive, they can be accused of being bigoted towards Muslims.

However, if they don’t sufficiently explain why they are offended, they can be accused of being hateful towards women, given how some women are treated as second class citizens in Islamic societies.

“The result is that those who attempt to explain why the act is offensive end up simply tying themselves in knots, while revealing that they have never given a moment’s thought to the position they find themselves defending,” writes Alla Al-Ameri.

“This seems to generate even more anger, with the inevitable online mob quickly joined by politicians, journalists and other public figures, eager to see that the heretic is made an example of.”