Pan American Silver (PAAS) is a silver mining stock that we have long covered. The name continues to be volatile along with the moves in silver and gold prices over the last few years. In March, we became bullish, and the stock ramped up hard delivering some sizable returns. This came as we held a small position. Long time followers will recall right before the big fall 65% of the position, in February. This effectively backed out our entire principal investment, plus a tidy profit. The rest we are letting run, playing with the house’s money, collecting any future dividends or capital gains. We stand by the assertion that this is how you really build wealth through effective trading. However, we have to say that the just reported Q1 results really were disappointing. While we are playing with the house’s money, we recognize not everyone is. The question is whether this result was a one-off and better days are ahead or not. We believe that shares will selloff on the result, but that better days are ahead? How should you play it? We like this miner. If shares dip into the teens on this result, we think you take a shot here. In the present column, we discuss the critical metrics you should be aware of. Further, we offer our projections for 2020 and remain bullish.

In Q1, Pan American produced 5.6 million ounces of silver. This is down 9.2% year-over-year from the 6.31 million ounces in Q1 2019. So what happened? Well we were expecting declines because of COVID-19 related mine closures. Here is a look at mine specific production:

The issue here was the uncertainty surrounding mine closures thanks to COVID-19 shutdowns. Thus we are in the camp that this was indeed a one-off, or possibly a two-off for lack of a better term, because Q2 will also see impacts of shutdowns and phased reopenings.

Ultimately, the results primarily reflect the suspensions of the Huaron, Morococha, Manantial Espejo and San Vicente operations and the failure of an underground ventilation circuit at the La Colorada operation in Q1. The company is currently deploying an upgrade of the mine ventilation system to re-establish access to a high-grade zone within the La Colorada mine., so that is good.

Let us be very clear. Handicapping the results was tough, and as we will see the results were disappointing relative to expectations, and it mostly stems from the lower production. There is good news however as the restart of operations is underway. But they will be in a phased fashion following health guidelines and government decrees in each jurisdiction where they operate. Let us turn to the cost side of the equation.

Costs rise in some areas

One of our primary concerns in the last two years has been the costs to do business in the mining space. With a lower silver and gold price compared to several years ago, the only way to survive was to lower costs. However, that all changed in 2019 when metal prices began their resurgence. Some miners have seen big cost inflation as metal prices rose, which we still think is ridiculous. Miners with huge cost increases right now for production should be avoided. PAAS has maintained strong fiscal discipline, but costs rose in Q1: 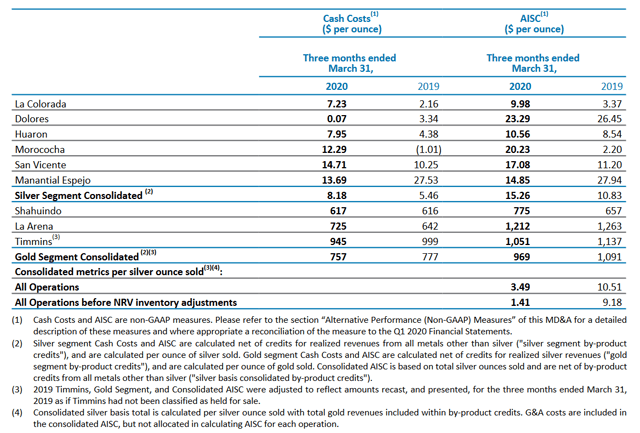 The discipline faltered here a bit in Q1. While some mines saw increases, others saw decreases, but the overall story here was that total costs did rise from the sequential quarter, and for silver where higher than last year. The “Silver Segment” cash costs, and All-in Sustaining Costs (or AISC) in Q1 2020 were $8.18 and $15.16 per silver ounce sold. This was most disappointing in our opinion. The “Gold Segment” cash costs did better and AISC did better versus a year ago but were up from Q4. They came in at $757 and $969 per gold ounce sold, respectively. Now, the good news on costs? Overall, the “Consolidated Silver Basis AISC” in FY 2019 was $4.44 per silver ounce sold, but came down to just $3.49 in Q1. Costs rose due to grading, mine shutdown costs, exploration activities, and we will also point out there were a number of mark to market investment losses which hit earnings. That said, metal prices were up nicely for gold and silver.

We discussed that Pan American Silver saw a decline in production, which isn’t good for revenues, which we will discuss momentarily. However, to really move the needle on performance, the company needed help from metal prices. As we all know, the price of silver and especially gold have soared in recent months. Pricing was strong in the quarter for the precious metals, but were down for the base metals.

The average realized price of silver rose to $16.50 per ounce, up from $15.52 a year ago. However, gold prices were also up nicely to $1,580 per ounce versus $1,302 per ounce a year ago. This is stellar pricing and exactly why this miner, along with so many others, saw its stock skyrocket off the March bottom. With that said, zinc, lead, and copper prices were all down heavily, with zinc seeing the largest decline of 22.7%.

Putting it all together the top line grew but missed expectations

For Q1 2020 we thought $400 million in revenues was within reach. Analyst consensus was about $388, and Pan American Silver saw revenue growth that was impressive relative to 2019, but was well below these marks: 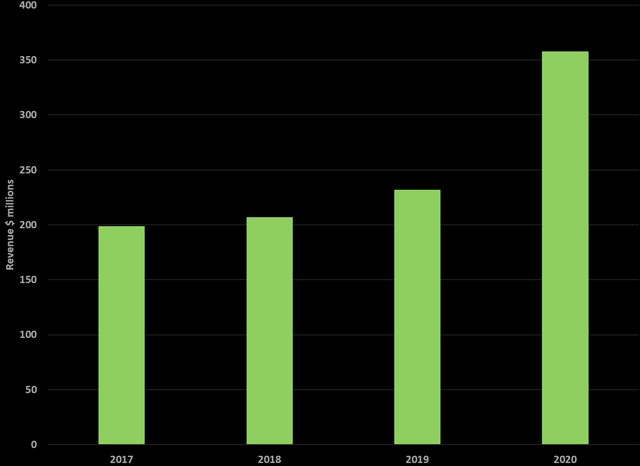 The company saw $358 million in revenue. Look it is great that this was up 54% from last year, but is disappointing in that production was down, and base metal prices weighed. With cash costs rising and production down, on top of the revenue miss, it doesn’t take a team of analysts to determine earnings would also whiff.

The company lost money in the quarter despite overall metal prices that were better than a year ago. It came down to operational shutdowns, associated costs, a bit higher costs in production, and base metal weakness. Pan American suspended normal operations at its mines in Mexico, Peru, Argentina and Bolivia in March 2020 to comply with mandatory national quarantines, and those impacts were felt on production and the top line, which translated to a hit on EPS: 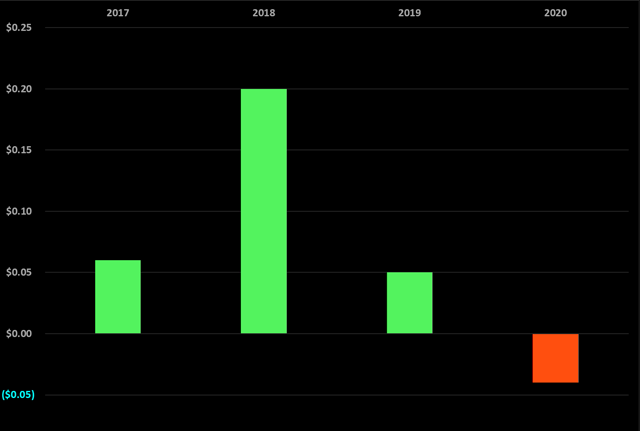 While we suspected a bigger top line, and were disappointed, we had better expectations for cost controls, and that was a disappointment. Pan American registered an adjusted loss of $7.6 million ($0.04 basic adjusted loss per share) but included $0.13 per share of non-cash, unrealized mark-to-market investment losses in equity interests.

As disappointed as we are overall, operations were strong in January and February. This is evidenced by bet cash generated from operations of $114.1 million, reflecting strong operating earnings from the gold mines. The company has taken steps to preserve its balance sheet strength by deferring certain capital expenditures and exploration spending. Further the executive management team and board of directors have voluntarily agreed to a 20% reduction in remuneration until the situation normalizes. As a precautionary measure, in April 2020, the company increased its cash and cash equivalents holdings with an $80.0 million draw on their credit facility. That brings cash and short-term investment balances to $239.2 million and working capital of $88 million. There is also $240 million left on the credit facility. Total debt is very manageable at $299.2 million (inclusive of the draws from the credit facility in Q1). We want to also point out management maintained the dividend.

The stock should selloff on these results. But make no mistake. The balance sheet is relatively strong. Metal prices remain elevated and base metals will recover when economic activity returns. Phased reopenings of mines have already begun in some jurisdictions with more to follow. Let the market knock the stock back into the high teens then do some buying.

If you like the material and want to see more, scroll to the top of the article and hit “Follow,” and if you want direct guidance from a professional team check out BAD BEAT Investing below

Like our thought process here? Stop wasting time and join the community of 100’s of traders at BAD BEAT Investing at an compounded 65% discount versus the regular monthly rate! 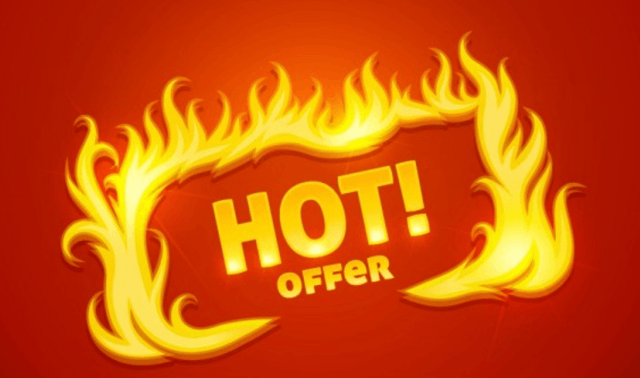 Disclosure: I am/we are long PAAS. I wrote this article myself, and it expresses my own opinions. I am not receiving compensation for it (other than from Seeking Alpha). I have no business relationship with any company whose stock is mentioned in this article.