Palestinian president Mahmoud Abbas is pushing back elections in the occupied West Bank and the Gaza Strip, dashing Palestinian hopes they would get to vote for the first time since 2006 and fuelling Israeli fears of further conflict with the Islamist group Hamas.

Two months ago the unpopular 85-year-old made a rare concession to the international community when, enfeebled by US president Donald Trump’s pro-Israel stance, he agreed to talk to Hamas about holding polls in the Palestinian territories.

He had refused to share power with Hamas in 2006 after his secular, left-leaning Fatah party was surprisingly trounced by his Islamist rivals, triggering a short war in which he lost control of the Gaza Strip to the Islamist group.

Now, emboldened by Joe Biden’s victory in the US presidential elections and worried that he would lose another election to Hamas, Mr Abbas is backing away from a commitment to the UN and the EU to hold elections, Palestinian and Israeli officials briefed on the discussions told the Financial Times.

No date for the poll had been set. “Whether he was ever serious or not about holding these elections is still debatable,” said Ghassan Khatib, a member of the Palestinian People’s party, and a lecturer at Birzeit University in the West Bank. “But it doesn’t matter — reconciling Hamas and Fatah did not seem like it was on the cards, given that the forces [Iran and Israeli] behind the split prefer to maintain the current reality.”

Iran, which has some sway over Hamas, prefers it to retain a belligerent posture against Israel, while Israel prefers a divided Palestinian leadership consumed by infighting.

Hamas is considered a terrorist group by the US, EU and Israel. Mr Abbas’ stated goal is to allow himself, the west’s preferred interlocutor, one final chance to negotiate a peace agreement with Israel within the parameters of the nearly defunct 1993 Oslo Accords, which he helped negotiate.

He has also told aides that he feels best suited to blunt the impact of the Saudi Arabia-Israeli rapprochement, which included an unconfirmed meeting between Saudi crown prince Mohammed bin Salman and Israeli prime minister Benjamin Netanyahu last week. Mr Abbas is close to Prince Mohammed’s father, King Salman, who is more sympathetic to the Palestinian cause.

As head of the Palestinian Authority, the governing body in the West Bank, Mr Abbas negotiates on behalf of the Palestine Liberation Organization with world leaders. His critics say he simply wants to hold on to power.

“We have already lost more than 10 years to these delays,” said Mustafa Barghouti, a rival of Mr Abbas’ who has assailed the PA for corruption. “The system has lost all its democratic structures — the national assembly has been dissolved, the judiciary has lost its independence and there’s no separation of powers.” 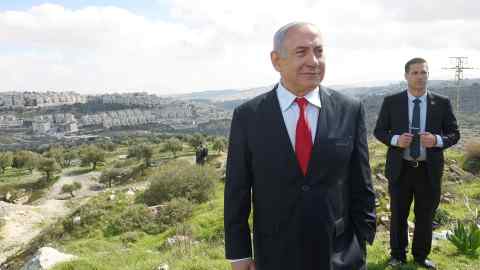 The talks over elections with Hamas, brokered by Egyptian intelligence, fell apart over Mr Abbas’ decision to rejoin a CIA-funded security co-operation with Israel, suspended since May over an unresolved row over tax revenues. Mr Abbas has since used the security co-ordination to crack down on dissidents and keep Hamas’ influence in the West Bank at bay, according to human rights groups and prisoners released from PA jails.

READ ALSO  US Capitol probe: questions of race and double standards must be addressed, say experts

“He stabbed us in the front, not the back,” said a person who advises Hamas’ political chief, Ismail Haniyeh. “Now the Zionists and Fatah are together again, and against the Palestinian will.”

Many other young Palestinians, not allied with Hamas, have voiced their anger. “The security co-ordination was the tool of [Abbas’s] puppet regime,” said Zaid Shuabi, a 31-year-old political activist who has called for a mass, non-violent movement to end the occupation. “It’s upsetting — you see your leaders sleeping with the enemy, while they keep promising elections and pretending to represent the will of the Palestinian people.”

The failure of the talks has alarmed the Israeli security establishment, which is bracing for renewed violence from Hamas, according to two Israel Defense Forces officials.

As part of the talks, it had been agreed that Hamas could represent the PLO with Fatah in international negotiations. This has now been ditched. “Yahyeh Sinwar [the military chief of Hamas] needs to prove that Hamas still matters,” said one official briefed on the issue. “How does he do that? Rockets, violence, protests.”

For a younger cadre of Palestinian activists, who have waited more than a decade to pit their ideas against the PLO’s at the ballot box, the cancelled elections are more evidence of their leaders’ ineptness.

“This is unfair to our generation — they had their chance, they’ve been running this since the 1960s, and even now they control both our past and our present,” said Mr Shuabi. “But they don’t have the right to control our future.”