All OPEC data below is from the OPEC Monthly Oil Market Report. It is thousand barrels per day and is through February 2020. 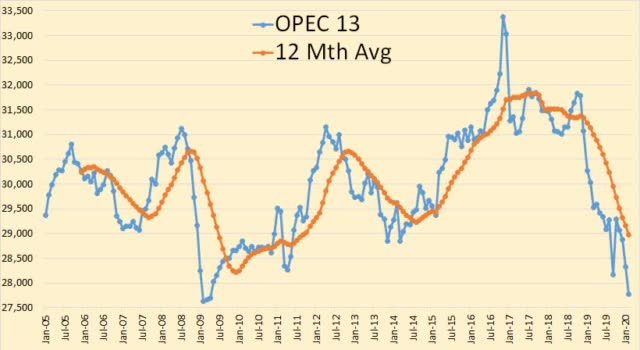 The OPEC data no longer includes Ecuador. OPEC 13 was down 546,000 barrels per day in February. 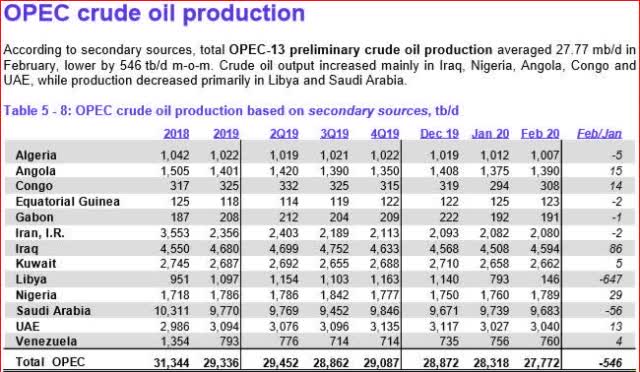 The only major decliners were Libya and Saudi Arabia. 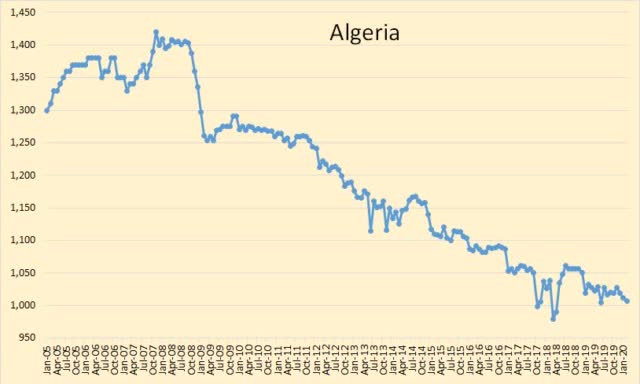 Algeria is simply in slow decline. Quotas have meant nothing to Algeria. 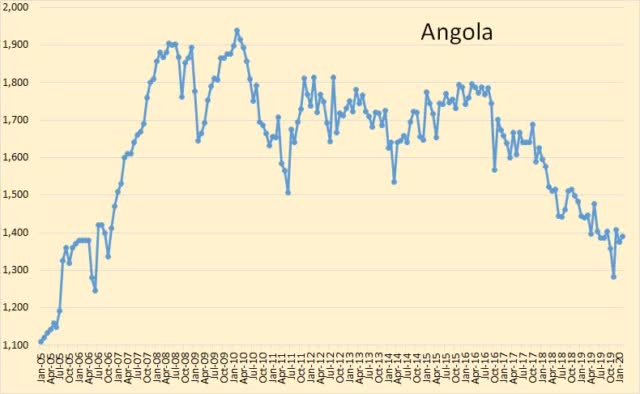 The same story goes for Angola. 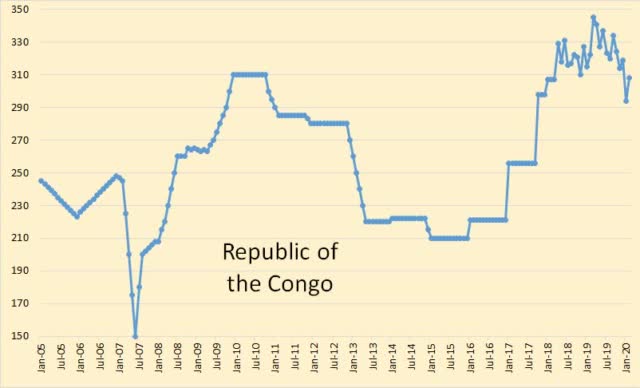 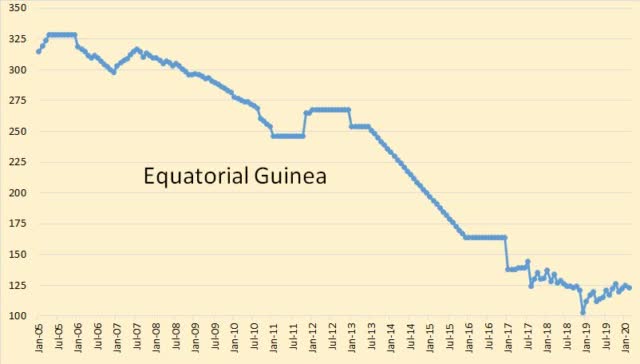 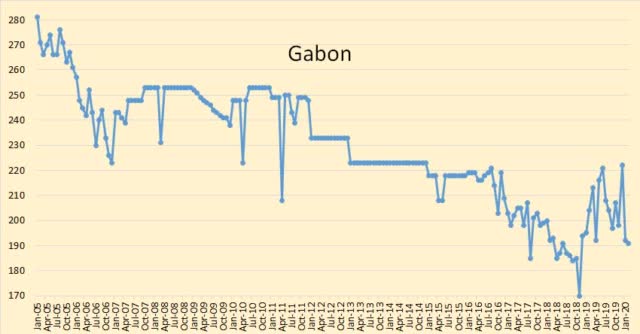 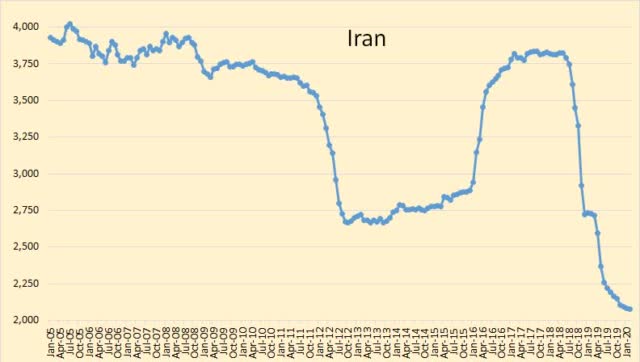 Iranian production seems to have found a bottom. 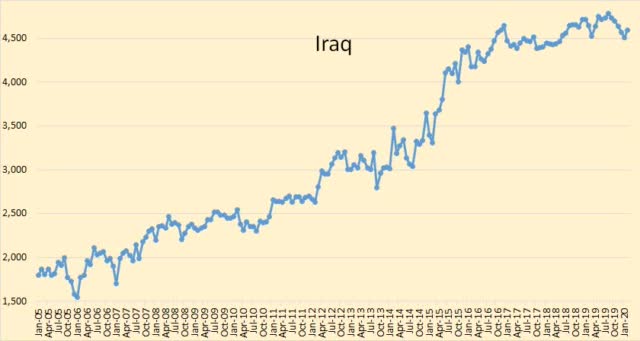 Iraqi production was up 86,000 barrels per day in February. Iraq is, and has been producing flat out. 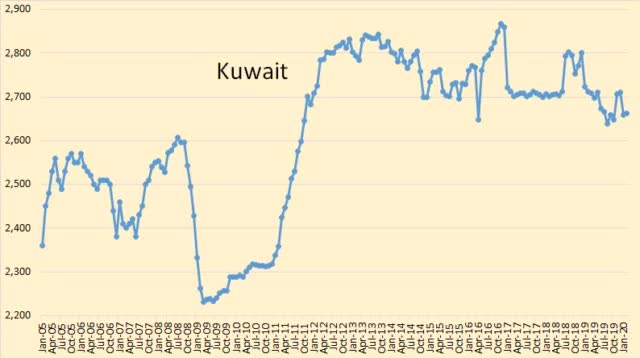 Kuwait possibly could produce more, but not very much more. 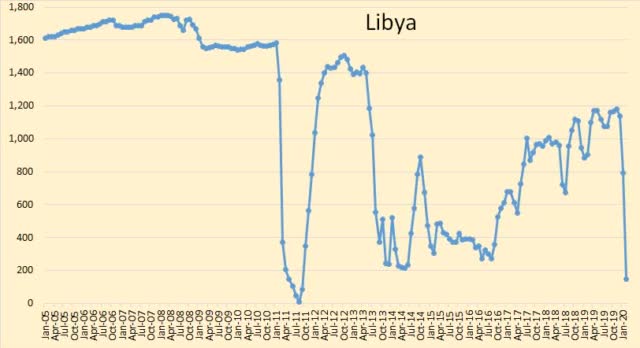 The rebels have blocked Libya’s export terminals. Their storage tanks are full so they have had to shut down most production. 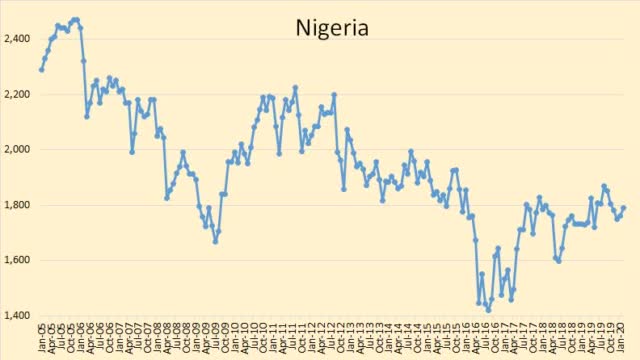 Nigeria has paid no attention to quotas. 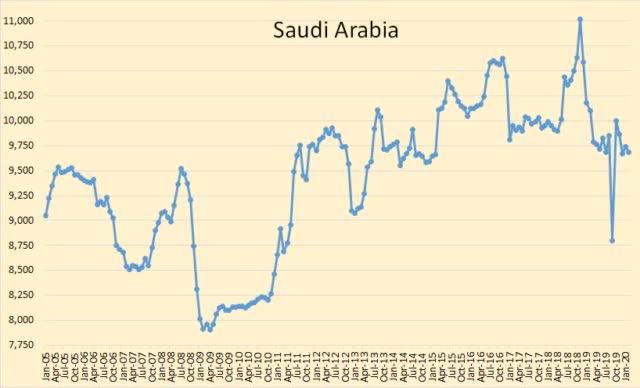 Saudi production declined by 56,000 barrels per day in February. How much could they produce if they decided to produce flat out? We are about to find out. 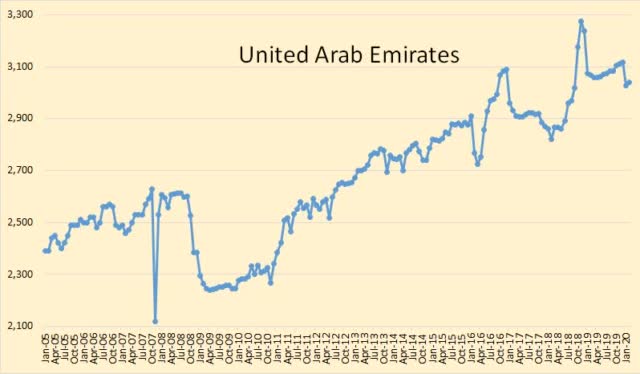 UAE may be able to produce a few more barrels per day. Again, we shall soon find out. 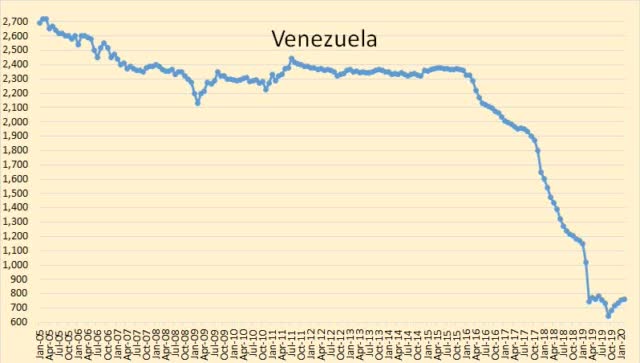 Venezuela has reached a lower plateau of what they can produce and sell. But their economy, as well as their government is on the verge of collapse. What will happen next is anyone’s guess. 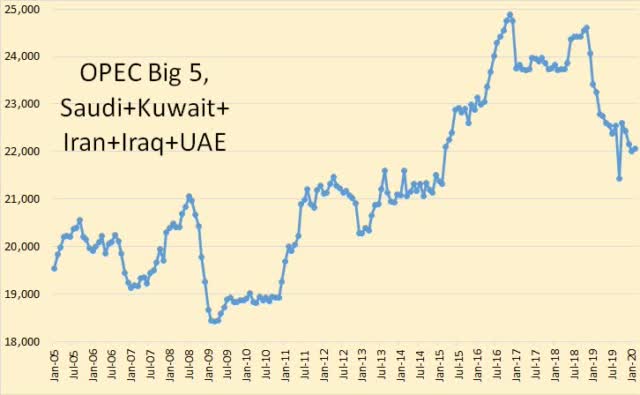 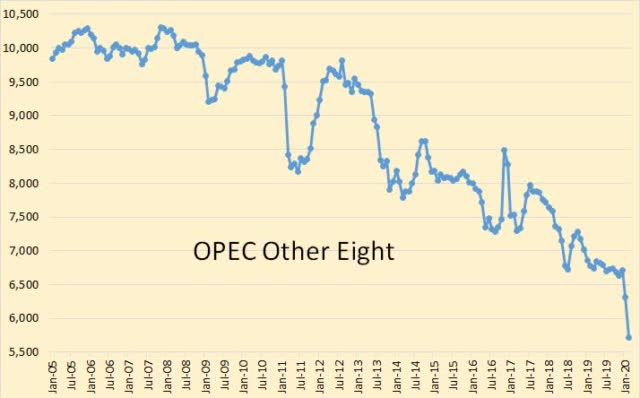 And here is the other 20%, in long-term decline. 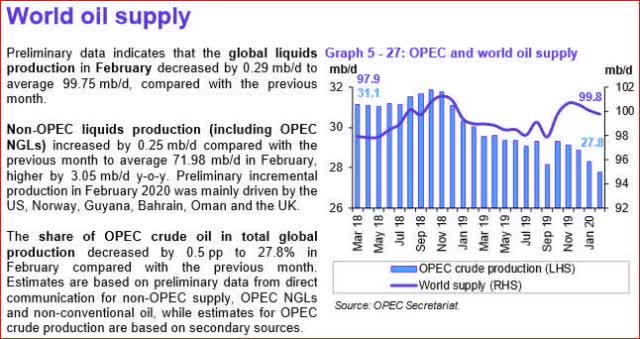 OPEC in this chart is crude only while World supply is total liquids. They still have the peak in November 2018. It is a question what March OPEC production will look like as it was on the 10th that they decided to all produce flat out. So production should be up in March. But April’s production should give us some indication of what OPEC is really capable of producing. Perhaps, but perhaps not:

MOSCOW (Reuters) – A new OPEC+ deal to balance oil markets might be possible if other countries join in, Kirill Dmitriev, head of Russia’s sovereign wealth fund said, adding that countries should also cooperate to cushion the economic fallout from coronavirus.

A pact between the Organization of the Petroleum Exporting Countries and other producers, including Russia (known as OPEC+), to curb oil production to support prices fell apart earlier this month, sending global oil prices into a tailspin.

Dmitriev and the Energy Minister Alexander Novak were Russia’s top negotiators in the production cut deal with OPEC. The existing deal expires on March 31.