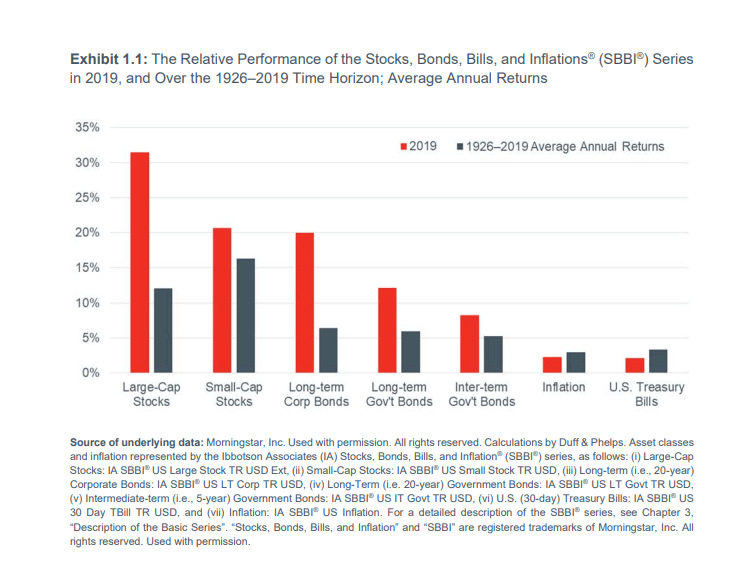 It has been a while since Ibbotson’s Stocks, Bonds, Bills and Inflation (SBBI) data had been seen, since Morningstar bought Ibbotson’s practice years ago and moved the SBBI in-house and stopped offering The Handbook to the investing public.

The week, the SBBI data somehow wound up attached to a CFA email, and this chart was in the first 20 pages of the 200-page data dump.

Every asset class except Inflation and US Treasury Bills is above its long-term moving average.

Obviously, the US economy today is very different than what it was like in 1926. The US went from an agrarian economy in the early 1900s to the post WW II manufacturing economy, and then tilted over to a Services economy in the 1970s. It was the 1970s when manufacturing fell below 50% of GDP. Today, according to the latest chart out of FRED (St Louis Fed), manufacturing is about 9% of total US GDP.

What’s more interesting is that in just the last 30 days, Jay Powell has said that the Fed will adopt a more squishy inflation target, meaning the Fed will let the inflation rate run a little more than they have historically, before activating a tighter monetary policy.

Waiting for higher interest rates and inflation the last 20 years has been the one, true “Waiting for Godot” moment as an investment advisor.

Trends can change in the market when you least expect them. I remember thinking – after the fact – to have appeared on CNBC in March 2000, and to say to the world you were selling all your tech and and buying gold, would have only meant you were laughed off the set.

READ ALSO  US Weighs Into Mediterranean Tensions With Weapons And Hypocrisy

Here is a link to a JPMorgan story on the chance for an election-related event around the Presidential election.

A client actually called me on this – he said his 401k provider actually froze his 401k plan on this risk. I told the client I’d never heard of a 3rd party administrator doing that, but the client may not have understood it entirely.

The whole things seems kind of bizarre, and with the even so well anticipated, doesn’t that diminish the market impact? 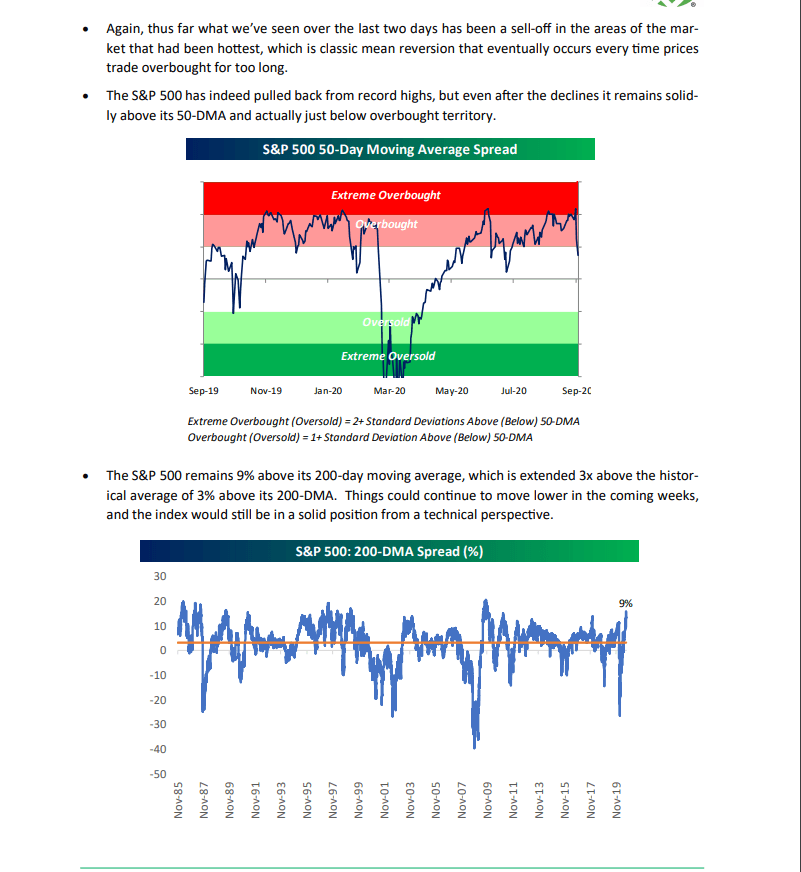 Compliments of Bespoke’s Weekly Report sent to subscribers on 9/4/20.

The selloff in Tech has taken some of the intensity out of the day-to-day trade, but the bottom chart shows the S&P 500 could drop further and still be well within the range of “normal” and above the 200-day moving average.

Nothing more to add.

Previous PostZuckerberg: Americans Need To Accept Election Result Could Take Weeks To Be ConfirmedNext PostDisney under fire for filming in Chinese region where Uighurs detained