Oil Rallies, But Producers Might Not Change Their Habits

Q1 earnings was just a few weeks ago, with most oil and gas companies reporting between around the end of April and the first week of May. At the time, West Texas Intermediate (“WTI”) averaged just a touch over $20.00/barrel, with many in the market fearing that storage would soon be overwhelmed and these drillers would have nowhere to store their oil. Well shut-ins, once thought to be a rare event, became wholly expected. The situation was, quite frankly, interpreted rather dire – at least in the minds of the market. The proverbial sky was falling. Investor conference calls focused heavily on cost cutting initiatives, whether that be out in the field via tens of billions of dollars in lowered capital expenditures or in the corporate offices via layoffs. Liquidity was a top priority as was free cash flow given an awful outlook for refinancing and handling debt maturities. Communicated tone from senior executives was pretty darn pessimistic.

Oh, how a few weeks can change things. Oil is up more than 60%, nearly doubling in the month of May, with WTI breaching through the $40.00/barrel level once again. This was the best monthly performance on record, far eclipsing the 44% rise black gold saw back in September of 1990. Differentials have tightened and storage fears have basically gone away, pretty clear as contango has eased. If you were a big buyer at the lows as many contrarian energy investors were (such as myself), you’ve made a bucketload of money.

That does not mean there have not been casualties. Bankruptcy filings have been numerous over the past two months: Unit Corporation (UNT), Fieldwood Energy, Ultra Petroleum (OTCPK:UPLCQ), Diamond Offshore (DO), Whiting Petroleum (WLL) to name a few. In other cases, bankruptcy is just around the corner even with the pricing rebound, such as with Extraction Oil and Gas (XOG), Chesapeake Energy (CHK), Chaparral Energy (CHAP), California Resources (CRC), and Oasis Petroleum (OAS). Bankruptcy activity has been so high that energy lenders that are set to take over large amounts of assets have begun to hire industry pros to help manage the assets. Reportedly JP Morgan (JPM), Wells Fargo (WFC), Bank of America (BAC.PK), and Citigroup (C.PK) have all started this process.

Still, there are rumblings among investors, with many expecting a reversal of prior guidance. I’ve begun to get quite a few inquiries that want to know when will these companies go back to production growth again and who will the first to reverse course, restoring old capital spending budgets and putting shut-in wells back into service. In other words, let the good times roll once again! That’s normal fear given the move in commodity prices, but it also leads to perhaps the most important question: Has the upstream industry learned anything at all during the past few months? In my opinion, in some ways, yes… but in others, no. To understand whether anything has shifted in outlook, investors should think contextually about the following:

Will production head higher as a result of the rebound? Assuredly. Shut-ins were common as a result of WTI falling below $20.00/barrel; well north of 1,000 kbpd was taken offline in recent months. That was no surprise as in nearly all cases, those rates were below the cash costs for keeping production online which drove the decision to shut-in or choke production. Reality is different now. At $40.00/barrel, expect to see a good portion of these wells come back online. While the economics might not make sense in all cases (wells near end of life, vertical wells), much of these volumes are likely to come back over the next year.

But other than that, I see little reason for drillers to implement a “V-shaped” recovery in their drilling plans. Many of these firms were running steep free cash flow deficits early in the year, and even at current prices will barely be enough to get them to breakeven across the balance of the year – even with the benefit of hedges. With debt markets still tepid, particularly for non-investment grade firms, it does not appear to be likely that E&Ps will significantly change their drilling plans from the guidance given last quarter unless prices jump yet again.

I think that is a significant positive, and it should lend a bit of credence to the idea that E&Ps will not be as aggressive going forward. Kudos to those teams that made the right choices but did not impair their businesses in the process. In fact, I would say that most management teams felt that this rebound was coming, and had been firm in the belief that $50.00 – 55.00 per barrel WTI was necessary as demand returned to normal. It’s a common sense view given that E&Ps have to be able to generate economic returns in order to justify continued investment. In other words, the cure for low price is low prices. These guys were proven right.

Looking beyond 2020, for now it is pretty clear that the most dour forecasts of 8,000 – 10,000 kbpd of production in the United States will not be worth the paper they were printed on. The futures curve for WTI has oil above $40.00/barrel for the entirety of next year and as 2020 rolls on, those contracts become more and more liquid. Even as early as the past few months we saw many E&Ps taking advantage of steep contango to lock in pretty decent prices on the forward strip; that will only become easier as we move through Q2 and into Q3 as those contracts will become more liquid.

2021 will be different than 2020. Expect to see some toes dip back into the water because at those levels, or maybe a touch higher, many E&Ps will be willing to resume growth. Maintenance breakeven prices for many of the strongest acreage owners in the United States (Concho Resources (CXO), Diamondback Energy (FANG), Occidental Petroleum (OXY), Noble Energy (NBL), Pioneer Resources (PXD), WPX Energy (WPX)) are in the low to middle $30s per barrel. Mid $40s gives them plenty of room to make pretty decent returns on investment.

But, does that free cash flow end up being returned to shareholders? Probably doubtful. At the end of 2019, most management teams were targeting sub 2.0x debt/EBITDAX as what they viewed as “sustainable”. The market clearly has a different opinion now, and it is likely that we see that target chopped in nearly half to the 1.0x -1.25x range, a level that few firms can claim currently (EOG Resources (EOG), Magnolia Oil and Gas (MGY), PDC Energy (PDCE) are among the chosen few). Frankly, most banks are getting frustrated with the boom and bust cycles in this industry, with many creditors expressing an unwillingness to back intermediate term note issuance because of the high likelihood that there is a commodity crash during that period. While I think this is broadly true of the entire market, I expect to see a large pivot in energy that directs cash flow to bondholders at the expense of equity holders – at least relative to what most were used to. The bulk of retained free cash flow will be siphoned by creditors, with secondary stock offerings not out of the question if equity valuations continue to run.

The wildcards here are the supermajors (Exxon Mobil (XOM), ConocoPhillips (COP), Chevron (CVX), BP (BP), Total (TOT)), most of whom have expressed an unwillingness to cut dividends despite pretty clear reasons existing that they should. How long will their investment grade credit ratings stand, particularly if “lower quality” E&Ps begin to look like the less risky plays? Expect significant pushback from ratings agencies on this dynamic over the coming years.

A snapback in oil prices does not mean everything returns to the norms of 2018 and 2019. Even if prices remain steady and hold the rebound – something entirely reliant on global political macro and the coronavirus recovery timeline – market participants will not be quick to forget the pain that was endured over the past six months. Many that felt the risk/reward for energy looked favorable heading into the new year quickly learned some harsh lessons, and that is going to translate into tighter requirements going forward from these investors. So, will upstream have learned anything about running a sustainable operating model? I think so, but expect the market to keep executives on a tight leash to ensure there will be no funny business going forward. 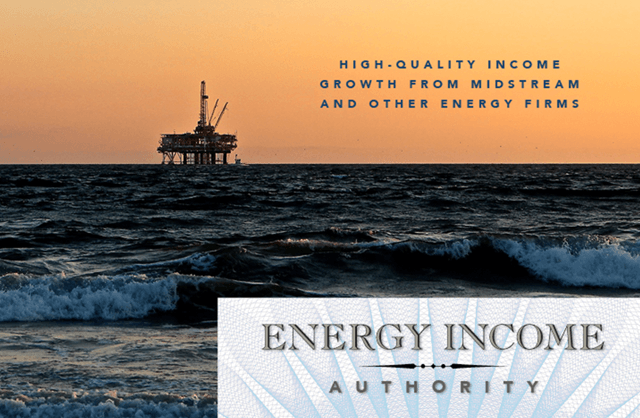 Are you an investor looking for sustainable high income? The energy sector is filled with opportunities to do just that. At Energy Income Authority, the focus is on finding high quality companies with the asset footprints necessary to throw off dividends for years to come.

Tired of lackluster coverage that barely breaks the surface? Deep dive analysis forms the cornerstone of the platform. Hundreds of companies fall under the coverage universe, from pipelines to refiners to the producers themselves. Members receive actionable research to keep their portfolio thriving.

Sign up for a NO OBLIGATION FREE TRIAL today to find out more.

Disclosure: I am/we are long FANG. I wrote this article myself, and it expresses my own opinions. I am not receiving compensation for it (other than from Seeking Alpha). I have no business relationship with any company whose stock is mentioned in this article.