Oil prices fell further on Monday after Brent crude last week took its steepest slide since April on mounting concerns that new lockdowns to slow the spread of coronavirus would hit demand for fuels.

Brent crude dropped as much as 4.6 per cent to $35.74 a barrel on Monday, hitting its lowest level since May as economists downgraded their European growth forecasts in response to the roll out of stricter virus restrictions throughout the eurozone. The international benchmark later recovered to trade 2 per cent lower by mid-morning.

Traders and analysts are now racing to estimate the extent to which the lockdowns will weigh on demand.

Opec, the oil producer group, was already forecasting global oil demand would fall 10 per cent this year to average 90m barrels a day, but was expecting it would recover to almost 95m b/d over the northern hemisphere winter.

Its forecast is now in doubt. Rystad Energy estimates that France and Germany — which together consume about 4m b/d in normal times — could cut consumption by an additional 1.7m b/d next month.

“The pressure that we are seeing on oil will be a real concern for Opec+, particularly with Brent now well below $40 a barrel,” said Warren Patterson, head of commodities strategy at ING.

“Another key uncertainty for the market is the US presidential election . . . and the consequences this could have on oil,” Mr Patterson added, pointing to the possibility of a Democratic administration under Joe Biden taking a less hawkish stance on Iran.

Most European stock markets started November on a brighter note, buoyed by data showing a rebound in manufacturing activity, although UK-focused businesses were sold off ahead of England going into a second lockdown.

The gains came after IHS Markit’s purchasing managers’ index for the manufacturing sector — which collates survey responses from factory bosses about orders and sentiment — hit its highest reading in September since July 2018. The index climbed to 54.8, ahead of economists’ forecasts and up from 53.7 in September. A reading of 50 separates expansion from contraction. 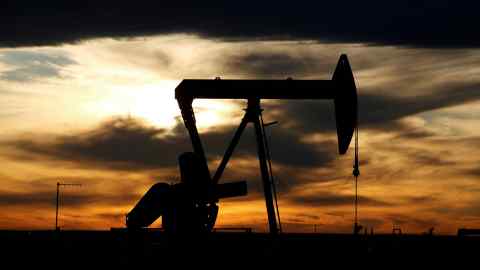 The UK’s FTSE 250 index, which has more domestically focused companies in it than the exporter heavy FTSE 100, declined 0.1 per cent. Shares in pub chain JD Wetherspoon and travel group National Express fell more than 3 per cent.

US index futures are pointing to Wall Street opening higher.

Contracts for the S&P 500 index were up 1.5 per cent while those betting on the future direction of the biggest stocks in the Nasdaq rose 1.2 per cent.

The S&P 500 fell 5.6 per cent last week on concerns over the spread of Covid-19 and a hotly contested US presidential election.

Previous PostSE: Ray Dalio: Yuan Will be a Reserve Currency Faster Than ExpectedNext PostGold will resume its 2020 rally once US election noise dies down – Royal Bank of Canada