Offices have a future — but what about other workplaces? | Free to Read

William Gibson, the science fiction writer, once quipped: “The future is already here — it’s just not evenly distributed.” The pandemic has proved his point. Most of the technologies that white-collar workers have relied on in recent months — Zoom, Skype, Teams — have been around for years. It took a pandemic, though, for them to become widespread: at the start of the outbreak, about two-thirds of those working in the US and UK did so remotely.

Does this working-from-home revolution mean we no longer need workplaces? Of course not. As the pandemic has gone on, it has become clear that offices are very likely to remain a fixture of future life. People miss the gossip and face-to-face friendship. They find remote working technologies unexpectedly intense and exhausting. They struggle without the water-cooler creativity that comes from accidental interactions. They worry about the loss of community in a world where people no longer share the same physical space. 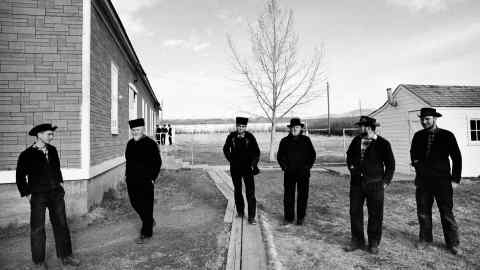 At the same time, though, we are unlikely to see a return to pre-Covid-19 working life — even once the pandemic comes to an end. One way to think about the last few months is that white-collar workers have been involved in a massive unplanned pilot scheme in the use of technology in their workplace. Like any pilot project, some of this experimentation has ended in failure. But other bits have turned out surprisingly well. When companies like Twitter, Facebook, and Square announce that they plan to let large numbers of their staff work from home indefinitely, it is in part because the pilot has been successful.

And so, the relatively unexciting truth is that tomorrow’s white-collar workplace will surely sit somewhere between these two opposing poles: the traditional workplace at one end, and no workplace at all at the other. The exact positioning will vary according to the preferences and quirks of each organisation.

Yet this is only part of the story. It is true that white-collar workers have often been able to retreat to the comfort of their home offices. For other workers, such a move is a luxury they have not been able to enjoy. Blue-collar workers in particular, who spend their lives in shops, restaurants, and factories, for instance, have either had to go to their traditional place of work and risk catching the virus, or simply not work at all.

This is, in part, why UK male blue-collar workers have been twice as likely as the wider working population to die from Covid-19: their work tends to expose them to the virus. Equally, it helps to explain the fact that US workers in the bottom 20 per cent of earners were almost four times as likely to lose their job at the start of pandemic than those in the top 20 per cent: this is a product of their inability to work in any other way.

During the pandemic, many people have commented that the pay of blue-collar workers too often falls below their apparent social value. Far less attention has been paid to the culture and quality of the places where these workers spend their time, and whether these too will need to change in the years ahead. There is a great deal of reflection about the future of the office, but far less about the future of the warehouses, factories, and meat-processing plants where Covid-19 has so often flourished and spread.

Today, when we talk about the future of work, we argue endlessly about the “quantity” of jobs there will be for people to do: pessimists anticipate a world where “robots” will take them all, optimists point to unemployment figures over the past few years — at record lows in many places — and argue that fears about a world with fewer jobs are overblown.

One of the most important lessons of the pandemic, though, is that we need to discuss the “quality” of jobs in the future, too. Remote working has prompted us to do that for white-collar work: innumerable opinion pieces debating the merits or otherwise of the office. We now need a similarly intensive discussion about workplaces elsewhere in the working world as well.

Daniel Susskind is fellow in economics at Balliol College, University of Oxford and author of ‘A World Without Work’, which has been shortlisted for the 2020 FT/McKinsey Business Book of the Year Award