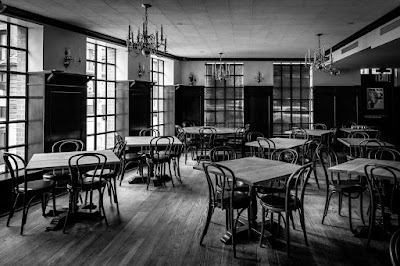 Here is the latest on the blunt instrument of interventionist central planning in New York City.

Starting on Sept. 30, New York City eateries, from cafes to buffets, will be permitted to start serving food indoors again after a six-month ban. But industry insiders say the 25 percent cap on patrons instituted to “protect” people from the coronavirus isn’t enough for owners to pay their workers, especially when the cold weather hits and the city’s expanded outdoor-dining program ends, reports the New York Post.

High-end restaurants spend most of their money on payroll, around 33 percent. Food and beverage takes another 33 percent. The rest of the expenses might include 10 percent on rent; 10 percent on insurance and utilities; and 14 percent on “other” expenses, including linens, garbage, sanitation and paying outside apps like OpenTable, restaurant consultant Don Evans told the Post.

“Some of the costs can be controlled, but not all, like insurance, ConEd and garbage pick up,” Evans added. “If you’re only operating at 25 percent capacity, then your payroll costs shoot up by at least 50 to 60 percent. You are losing money no matter what. If you have to bring in your chef for $120,000, your manager at $80,000 and two sous chefs at $60,000 each, the numbers just don’t work. They don’t even come close.”

Surprise, surprise, mom and pop restaurants are the most likely to be destroyed. Larger chain restaurants with larger seating areas will have an easier go at surviving.

Restaurant associations are calling for another government bailout of the NYC restaurant industry but that only spreads the pain across the economy. The sane thing to do is to get government out of the capacity dictating business for a virus that does not result in serious health problems for those under 70 who are infected.