Nvidia’s agreed purchase of Arm Holdings from Japan’s SoftBank for up to $40bn, the largest deal in the global semiconductor industry, gives the US company control over a technology that powers everything from mobile devices to data centres.

The sale of UK chip designer Arm, announced on Sunday, is the latest big asset disposal by SoftBank as the Japanese tech group shifts from operating businesses into a global investment and asset management powerhouse.

Its newly built war chest will open a range of options for founder Masayoshi Son as he explores a more aggressive foray into publicly listed technology stocks and the potential delisting of SoftBank’s own shares, which rose 9 per cent on Monday.

To seal the deal, Nvidia has pledged to protect jobs and maintain Arm’s base in Cambridge, as UK ministers prepared to impose strict conditions on the takeover of one of Britain’s most important homegrown technology companies and potentially trigger an extensive review by the Competition and Markets Authority.

SoftBank, which bought Arm for $32bn in 2016, is set to become one of Nvidia’s largest shareholders with a stake of between 6.7 per cent and 8.1 per cent. Nvidia will pay the Japanese group $21.5bn in common stock and $12bn in cash, and an additional $5bn in cash if Arm hits specific financial performance targets.

The US company, which makes graphics chips such as those used in Nintendo’s Switch gaming console, will also issue $1.5bn in equity to Arm employees.

At $40bn, the deal would surpass Avago’s $37bn merger with Broadcom in 2015 as the largest-ever in the chip industry, according to Dealogic data.

Jensen Huang, founder and chief executive of Nvidia, said in an interview that he “jumped on the opportunity” to buy Arm after SoftBank unveiled a $41bn asset disposal programme at the height of the coronavirus market rout in March.

SoftBank has since sold stakes in Chinese internet group Alibaba, T-Mobile US and its domestic telecoms business to fund share buybacks and reduce debt.

SoftBank’s $100bn Vision Fund previously held a stake in Nvidia but sold all its shares early last year, locking in $2.3bn in derivatives gains but missing out on a rally that propelled the US company to the world’s most valuable chipmaker. Had it held on, that 4.9 per cent stake would have been worth $14.7bn.

Nvidia’s deal for Arm underscores Mr Huang’s ambitions to make his company the main supplier of core technologies that power large-scale data centres — a market currently dominated by rival Intel. At the same time, Arm’s technology has benefited from broader applications beyond mobile devices, such as data centres and personal computers.

On Sunday, Mr Huang sought to allay concerns that the acquisition would put Nvidia in conflict with Arm’s other clients including Apple, Broadcom and Qualcomm. The trio rely on licensing the UK group’s technology for use in their own products.

“Of course we are going to keep it open and fair because we care so much about the business model,” Mr Huang said. “Our reputation is everything.”

Still, analysts have questioned whether that will be enough to reassure Arm’s customers.

“This will rightly face huge opposition, most notably from Arm licensees who have collectively shipped an average of 22bn chips annually over the last three years,” said Geoff Blaber, analyst at CCS Insight. “A huge diversity of businesses from Apple to Qualcomm are dependent on Arm and will be motivated to unite in opposition.”

Following back-and-forth discussions, the sale to Nvidia ultimately excluded Arm’s internet-of-things business. That will strip the UK group of what was meant to be a high-growth engine that would power it into a 5G-connected future. But Arm’s chief executive Simon Segars said it would not affect the commitments made by SoftBank to the UK, including doubling its staff in the country by 2021.

Mr Segars also said the Nvidia deal would not be affected by efforts to resolve a messy dispute between Arm and the head of its China joint venture, Allen Wu, who earlier rebuffed an attempt to remove him and subsequently claimed legal control of the unit. A person with knowledge of the talks said SoftBank was still in discussions with Mr Wu to resolve the situation. 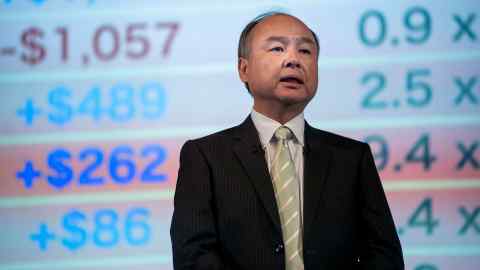 One big uncertainty is whether US ownership of Arm will create regulatory hurdles and expose the UK group to rising geopolitical tensions between Washington and Beijing.

Pointing to Nvidia’s delayed but successful $7bn acquisition of Israeli chip company Mellanox earlier this year, Mr Huang downplayed the risk of regulatory challenges and the implications of US ownership.

“The technology will continue to be registered in the UK and therefore jurisdiction of technology is in the UK. It doesn’t matter who owns the company,” he said.

Nevertheless, the sale has triggered alarm in some quarters in the UK with Hermann Hauser, Arm’s co-founder, expressing concern in a recent open letter to Prime Minister Boris Johnson.

“A sale to Nvidia will mean that Arm becomes subject to the US Cfius regulations,” Mr Hauser wrote, referring to rules that govern US foreign investment. “This puts Britain in the invidious position that the decision about who Arm is allowed to sell to will be made in the White House and not in Downing Street.”