NMC placed into administration in UAE

NMC has been placed into administration in the United Arab Emirates, allowing the troubled hospital group to meet September salaries by securing an additional $325m in funding.

During online hearings at the courts of Abu Dhabi’s international financial centre on Sunday, NMC Healthcare and related companies successfully applied for protection against enforcement of debt claims, in an emergency bid to sustain operations amid a second spike in coronavirus cases in the Gulf state.

NMC, the largest private healthcare provider in the UAE, and its founder BR Shetty have been confronted by legal challenges since the group reported $4bn-$5bn in undisclosed debt and reported evidence of alleged fraud.

The company, once a star on the London Stock Exchange, imploded this year as the accounting scandal engulfed it and other businesses founded by Indian entrepreneur Mr Shetty, who has blamed members of former management for the crisis.

“Liquidity needs are urgent,” said Tom Smith, a lawyer representing the companies. “The group lacks cash to meet September payroll due at the end of the month — that is an immediate cash issue.”

This month’s staff salaries amount to about $36m, with payments to vendors also needed to continue operating.

Mr Smith said NMC was a “viable and profitable” company damaged by the alleged fraud, adding that some or all of the undisclosed debt had been misappropriated. 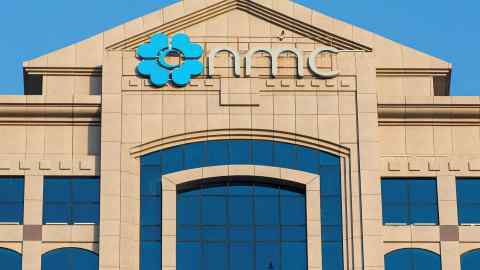 NMC, the UK-listed holding company that was placed into administration in April, also won judge Sir Andrew Smith’s approval in Abu Dhabi for new finance from creditors. Despite the successful application on Sunday, staff would be paid a day late, the court heard.

NMC’s overall debt load is $6.8bn, of which $6.5bn is secured, the court heard. A co-ordinating committee of 10 lenders, that have claims totalling $2.8bn on the company, have also been liaising with other creditors over $2.2bn in outstanding debts.

The administration application — which included appointing Richard Fleming and Ben Cairns of Alvarez & Marsal as joint administrators — was supported by six lenders holding about a third of NMC’s debt, including HSBC and Abu Dhabi Commercial Bank.

Entering administration in the UAE would bring the company a period of stability after months of turmoil, paving the way for a restructuring process seeking to maximise returns for creditors by avoiding rushed asset sales that would be triggered by liquidation, lawyers said.

Under a fire-sale scenario, NMC said unsecured creditors would realise a return of 4-5 per cent on their outstanding claims. But with a formalised restructuring process seeking disposals over time, it said recovery could rise to roughly 12-19 per cent.

“By any view, administration is likely to give a better return to creditors than liquidation,” said Mr Smith.