As noted in last week’s NG Weekly, the highest probability path for this week was for price discovery lower barring failure of 1.70s as resistance. This probability path did not play out as a failed breakdown to 1.52s of key support early week resulted in price discovery higher through 1.70s to 1.78s into mid-week. Sell excess developed there, halting the buy-side sequence, driving price lower in retracement to 1.64s ahead of Friday’s close, settling at 1.67s. 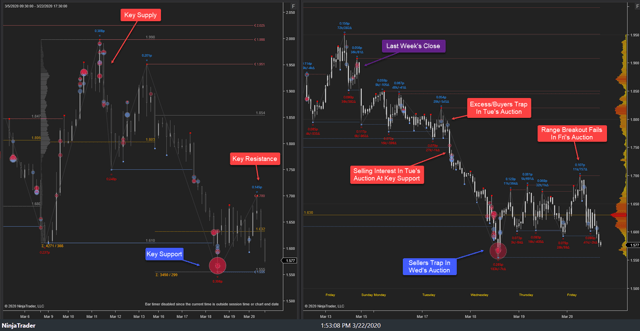 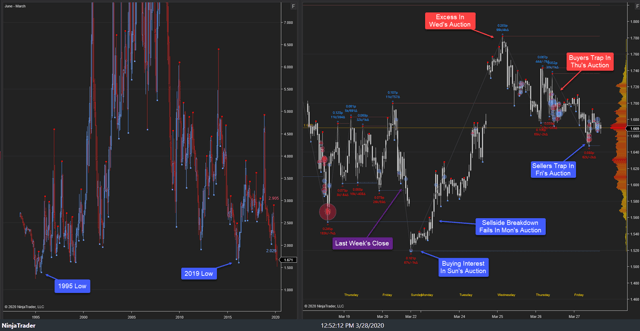 This week’s primary expectation of price discovery lower did not develop as a sell-side breakdown through key support, 1.55s, failed. Price discovery higher then ensued through key resistance, 1.70s, before achieving the weekly high, 1.78s. While the market did see a sell-side breakdown from near-term key support, 1.55s, the response was minor as the market then traded higher toward a large option “Wall” at the 1.75-1.85 strikes. 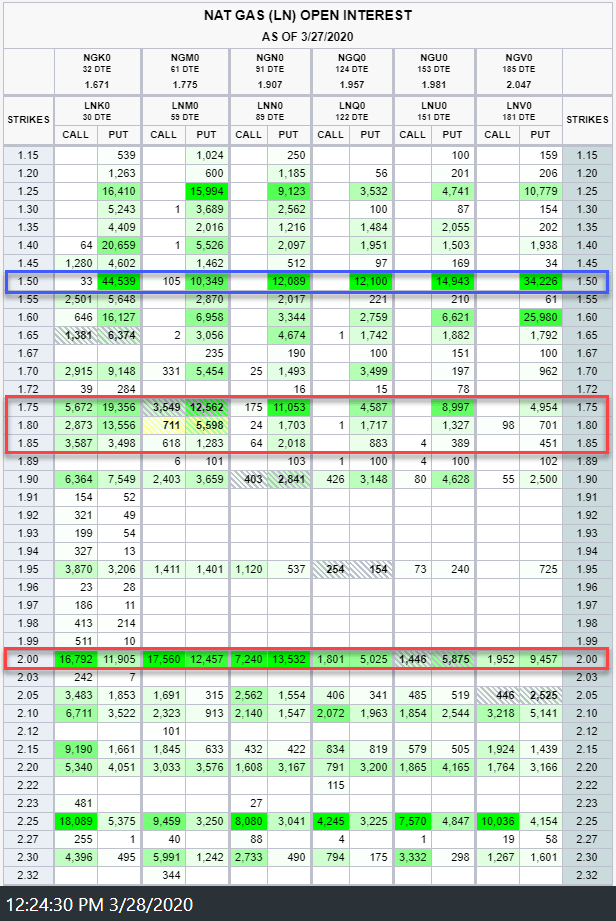 Focus into next week rests upon the market response to this week’s key resistance area, 1.75s-1.78s. Sell-side failure to drive price lower from this area will target key supply clusters above, 1.90s-1.99s/2.10s-2.15s, respectively. Alternatively, buy-side failure to drive price higher from this area will target all-time lows (1995), 1.25s. The highest probability path, near-term, is buy-side, barring failure of 1.58s as support. The four-year demand cluster, 2.20s-1.50s, which we have noted for months and which the market revisited, remains key to the larger structural view. In the intermediate term (3-6 month) context, conditions in the leveraged capital posture reflect signs of potential structural low formation as the market trades to this major demand area.

It is worth noting that despite the approximately 59% decline from the November 2018 high to the August 2019 low, only from June through early September 2019 had the Managed Money (MM) short posture begun to reach levels consistent with structural low formation (typically 300-350k contracts). MM short posture peaked the week of 13 August (-367k contracts) declining into mid-November (-201k contracts). This development implied that MM sentiment reached extreme bearishness as price reached lows resulting in the rally from 2.02s to 2.90s. In the last 2 instances of this development (March 2016 and December 2017), NG subsequently rose from 1.70s to 3.25s and 2.65s to 4.5s, respectively. This week’s data shows MM net short posture decreased (-85k contracts), an approximately 245k contract shift, from the fourteen-year low developed on 11 February. 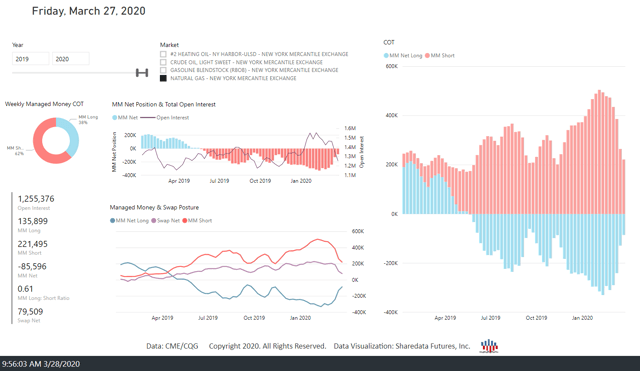 The MM short posture stands at -221k contracts as the trend lower continues since the 04 February high (-505k contracts). The MM long:short ratio and MM net long position as % of open interest remain at levels typically consistent with structural low formation. MM posture reached quantity needed to develop structural lows from July-September 2019 and current levels are more extreme. MM posture is now reflecting extreme pessimism with leveraged capital having materially shifted net posture at/near major lows. This type of development warrants caution on the sell-side as this type of herding behavior generally creates potential for abrupt price movement in the opposite direction. The large asymmetry in MM posture on the sell-side persists as the market trades into the 2016 secular low support area, 1.60s-1.85s.