Jacinda Ardern has delayed New Zealand’s general election for a month until October 17 after a Covid-19 outbreak forced a strict lockdown in Auckland.

But the prime minister said on Monday that Covid-19 was the “world’s new normal” and that there would be no further delay. The opposition had called for a longer extension to give it more time to mount its campaign.

“Covid will be with us for some time to come. Continuously pushing out an election does not lessen the risk of disruption,” said Ms Ardern. Opinion polls suggest that Ms Ardern’s Labour party is on course to win re-election.

Ms Ardern said the electoral commission advised that a safe and accessible election was achievable on September 19. But she said a short delay would give New Zealand more time to prepare, including freeing up facilities for early voting during school holidays.

Labour has 46 of parliament’s 118 seats, and governs the country in a coalition government with New Zealand First and the Green Party.

Ms Ardern’s government was widely praised for closing its international borders and imposing a lockdown when coronavirus initially began to spread across the Pacific nation in March.

Wellington targeted elimination of the virus and went 102 days without any community transmission before last week’s outbreak in Auckland, the country’s biggest city, forced a second lockdown.

On Sunday authorities reported 69 active cases of Covid-19, including 49 linked to the Auckland cluster where the initial source of transmission remains unknown.

Ms Ardern’s sure-footed handling of the pandemic had helped Labour surge to a commanding lead, with a recent Newshub-Reid Research poll giving the party a 60.9 per cent share of the vote. The opposition National party, which has changed its leader twice since May, has fallen to 25.1 per cent.

READ ALSO  Why Do We Put So Much Faith in Central Bankers? 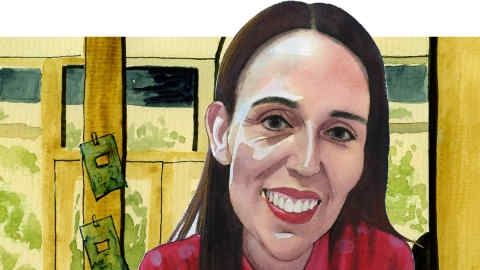 New Zealand’s main political parties suspended their campaigns last week owing to the Covid-19 outbreak, prompting Judith Collins, National party leader, to call on Ms Ardern to delay the election until at least November and preferably until 2021 to provide more time for campaigning.

Analysts said Ms Ardern’s decision to resist pressure within her own party to retain the September 19 election date yet not concede to pressure from the opposition for a longer delay was a smart compromise.

“She rose above deepening local partisan politics here, her own party was lobbying strongly to keep the election day,” said Bronwyn Hayward, professor of politics at the University of Canterbury.

“Ardern’s leadership remains quite remarkable and unusual — she is now leading almost beyond local party visions but as a liberal democrat rather than a populist.”

New Zealand’s decision to delay its election follows a suggestion last month by Donald Trump for a delay to the US election in November. Senior Republican lawmakers quickly rejected the idea.