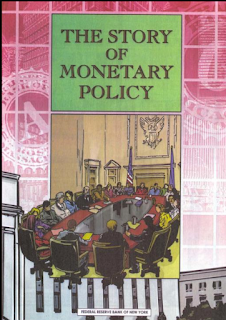 The US government has a long history of using comic books as propaganda.

[W]hen the United States finally entered [World War 2]. Many writers joined the War Writers Board, which was established to promote government policy…While a private organization, the WWB quickly joined forces with the United States Office of War Information. Headed by Elmer Davis, the OWI focused on coordinating all media for the war effort. The comic book creators cooperated with the prevailing attitude of supporting the war (Comics and Conflict: War and Patriotically Themed Comics in American Cultural History From World War I Through the Iraq War).

So it is not surprising that the Fed would publish a slew of propaganda comics.

And it is not surprising that the Fed promotes in the comics a monetary Keynesian justification for manipulating the money supply and justifications for Keynesian fiscal policies as well. I didn’t read through all of them but here are two examples I found when skimming the material: 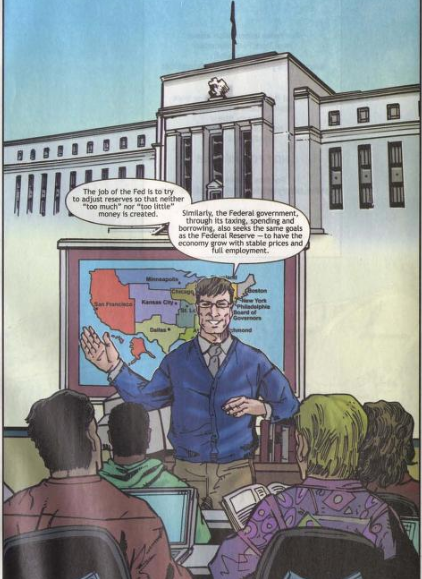 As to your other question, I don’t have any plans in the near term to visit Dallas but you never know.

If I do travel to Dallas, or anywhere else, and there is a public event or I have some free time in the city, I will publish a notice here at EPJ.