US technology stocks rallied on Wednesday as trades driven by optimism over Pfizer-BioNTech’s experimental Covid-19 vaccine showed signs of reversing.

The technology-focused Nasdaq Composite index gained 2 per cent, outpacing the broader S&P 500, which closed higher by 0.8 per cent. US financial stocks, which are viewed as a bellwether for economic recovery trades, were among the worst performers on the S&P 500.

In the previous two sessions, exuberance about the vaccine had prompted a sell-off in tech shares and lifted economically sensitive sectors such as banks and travel.

That theme was now fading, said Peter Dixon, senior economist at Commerzbank, as investors realised shifts towards homeworking and online shopping were here to stay.

“Covid is going to have a similar impact on economic structures as a major war,” he said. “A lot of the changes that have been brought about since the start of this year”, such as companies replacing business travel with videoconferencing, “will prove to be permanent”.

Brent crude, the international oil benchmark, was on track for its best week since June, adding a further 1.8 per cent to $44.41 a barrel at one point on Wednesday, taking its rise since the start of November to almost 20 per cent. It later pared some of those gains.

Analysts at Credit Suisse cautioned that the cheer around Monday’s vaccine news might have come too early, citing coronavirus lockdowns and social restrictions that were still in place across much of Europe.

“We believe that the Covid-19 pandemic remains a clear risk to the economic outlook, with a potential knock-on effect on financial markets,” they said.

A widespread vaccination campaign would probably not come until the first half of 2021, they added, “which means the world will have to continue to cope with significant second waves and get through the northern hemisphere winter without a vaccine”.

European bonds also found support, with the yield on 10-year Bunds retreating from a two-month high, down 0.02 percentage points at minus 0.51 per cent. This came after comments by European Central Bank chief Christine Lagarde that signalled another step-up in emergency bond purchases. 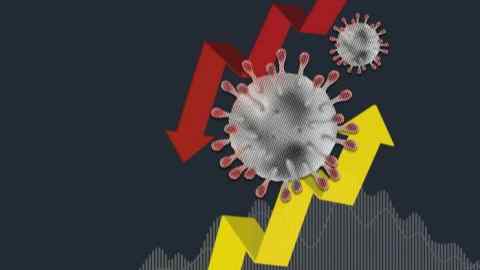 Shares in the engineering group Rolls-Royce closed down 8 per cent on Wednesday, clipping some of their gains this week — though shares are still up more than 30 per cent since just before the vaccine news broke.

Shares in the semiconductor equipment manufacturer ASM, which is one of the only large European stocks providing direct exposure to the global tech sector, opened 4 per cent lower then swiftly recovered to trade 2.6 per cent higher.

This pattern was repeated in the US market, where the hotel group Marriott International fell by 2 per cent, while Zoom Video Communications gained over 9 per cent. Other risers included Facebook, Amazon and the online payments group PayPal.

Some analysts still forecast a longer-term sell-off for stocks that have been winners from the coronavirus crisis.

“Is this the start of a major rotation? Quite possibly,” Johanna Kyrklund, Schroders’ chief investment officer, wrote in a blog post. “We may finally have found the catalyst to spark a move away from the stay-at-home stocks that have benefited from lockdown, towards recovery stocks.”