Gateway will be a small craft — about the size of a studio apartment — that will orbit the Moon and serve as a “home base” for future lunar astronauts and missions to Mars. The orbiting outpost is part of NASA’s Artemis program — a push for astronauts to return to the Moon’s surface by 2024.

“Maxar Space Solutions is proud to play a critical role in enabling American astronauts to build a sustainable presence on the Moon,” said Dan Jablonsky, CEO of the Colorado-based space technology company. “Our power and propulsion element partnership enables NASA to leverage Maxar’s commercial capabilities to cost-effectively expedite plans for sustainable exploration of the Moon, while also providing significant benefits to American industry.” 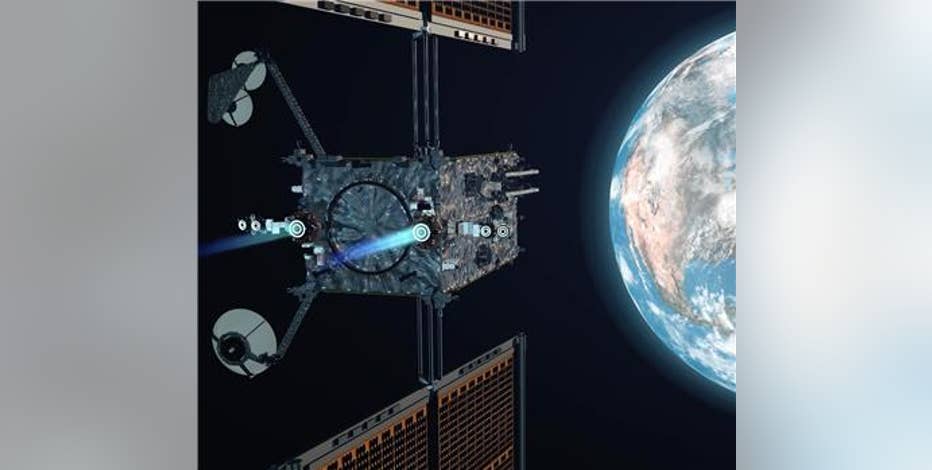 A mock-up of the power and propulsion elements of NASA’s lunar Gateway. (Business Wire/AP)

Maxar will be assisted by space companies Blue Origin and Draper in “designing, building and operating the spacecraft” through the test period.

Maxar’s contract with NASA is a “firm-fixed price award (which) includes an indefinite-delivery/indefinite-quantity portion and carries a maximum total value of $375 million,” the space agency said.


If Maxar’s demonstrations prove successful, NASA said it would use a commercial rocket to launch of the Gateway power and propulsion elements in late 2022.

“The power and propulsion element is the foundation of Gateway and a fine example of how partnerships with U.S. companies can help expedite NASA’s return to the Moon with the first woman and next man by 2024,” said NASA Administrator Jim Bridenstine. “It will be the key component upon which we will build our lunar Gateway outpost, the cornerstone of NASA’s sustainable and reusable Artemis exploration architecture on and around the Moon.”

Gateway will serve as a temporary home and office for astronauts, and feature science and research labs. The trip from Earth to the outpost would be about five days.

NASA said, through its Artemis program, it hopes to “establish a sustainable human presence on the Moon by 2028 to uncover new scientific discoveries, demonstrate new technological advancements, and lay the foundation for private companies to build a lunar economy.”

Artemis is meant to mark the start of a new era of space exploration. The program is named after the Greek goddess of the Moon and twin sister of Apollo.

Maxar’s stock traded higher after NASA’s announcement, jumping from an intraday trading price of $6.97 a share to close at $8.85.