The stock market is plunging amid new trade tensions between the U.S. and China. The Dow Jones Industrial Average is set to drop more than 300 points after the Chinese let the yuan weaken falling below a key level. This after President Trump announced last week the White House would impose a new 10 percent tariff on $300 billion of Chinese imports beginning on Sept. 1. Talks between the two nations still continue, but the latest escalation drives the U.S. and China further away on a deal that experts were already skeptical on. And despite the concern in corporate America of the impact of the new tariffs, the White House continues to insist that the American consumer remains strong.

Mourning continues for those killed in the two fatal shootings over the weekend as politicians and mainstream media ramp up calls for new gun control legislation. Among those pushing for a ban on assault rifle-style weapons after the El Paso, Texas and Dayton, Ohio shootings is the New York Post, which also wrote in an editorial on Monday that Trump should advocate for stricter background checks and improved mental health care. Meanwhile, Democratic 2020 presidential candidates joined in on the debate over whether Trump’s push on immigration reform and border control is underscoring the large number of mass shootings in the U.S. President Trump, in a Monday tweet, urged lawmakers from both sides to come together on legislation in response to the tragedy. 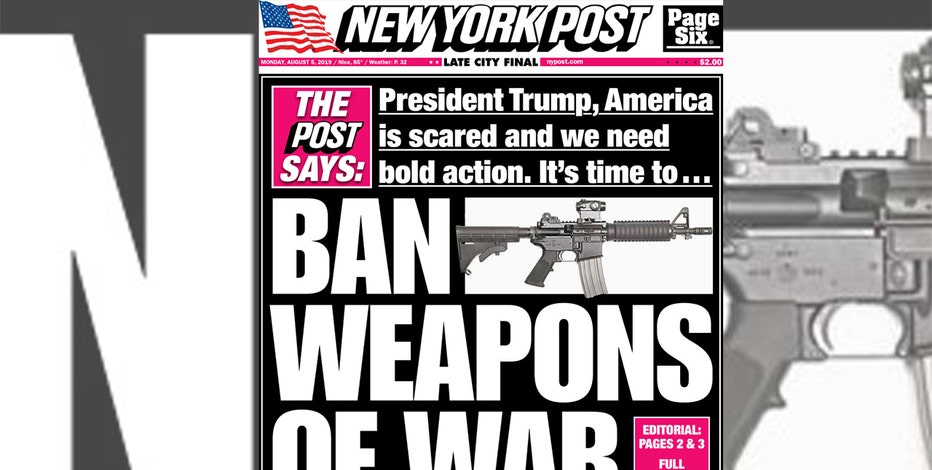 After the El Paso shooting, attention is on Walmart’s global crisis response. Managing the fallout for the nation’s largest U.S. employer is former Arkansas state trooper Jason Jackson, according to the Wall Street Journal. Walmart tweeted over the weekend that it was “praying for the victims, the community & our associates, as well as the first responders.”

The Oracle of Omaha’s war chest is getting even bigger, swelling to a record pile of cash and fueling more speculation of a future “elephant-sized” acquisition. The famed investor’s Berkshire Hathaway has a record $122 billion in cash and equivalents, the conglomerate disclosed on Saturday. While Buffett has said he wants to move forward with a major purchase, he and his top lieutenants have so far resisted due to high purchase prices. Buffett previously told FOX Business that the cash stockpile grows by $100 million every business day.

“Fast & Furious” wins the weekend box office, but latest franchise entrant falls behind prior releases. The “Fast & Furious Presents: Hobbs & Shaw” earned $60.8 million from over 4,250 locations in the U.S., making it the nation’s top movie. The spinoff, which doesn’t include franchise star Vin Diesel, earned $180 million globally, still less than the reported $200 million budget. But Universal remains confident the film’s success will continue with the pending launch in China. Rounding out the top three was Disney’s “The Lion King” and Quentin Tarantino’s “Once Upon a Time in Hollywood.”