We have a bullish long-term view on MongoDB (MDB), the provider of cross-platform document-based database solutions. The company has been relatively consistent in maintaining an exceptional +50% growth over the last few years, driven by its disruptive offering and the secular trends for NoSql and DBaaS (Database as a Service) adoptions across potential customers of all sizes. 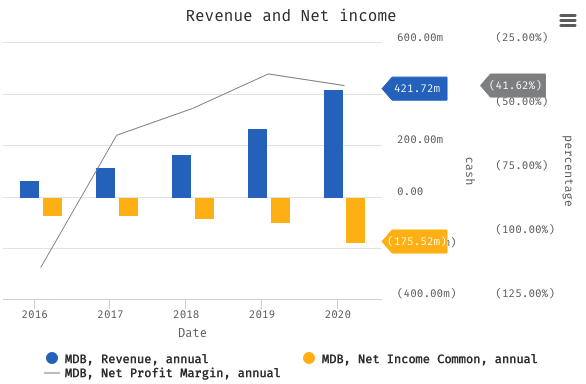 Its EA (Enterprise Advanced) offering has gained strong traction in recent times, demonstrating the solution’s reliability and flexibility. Moreover, we expect continuing market share gains for its popular Atlas offering in the near-term, as MongoDB will invest more into the digital channels to drive more self-serve user acquisitions in Q2 and beyond. We initiate our first coverage on the stock with an overweight rating.

Continuing EA market share gains demonstrate MongoDB’s reliability and mission criticality as an enterprise-grade offering. Started as an open-source offering, we had a bit of an early skepticism on MongoDB’s commercial strength in the enterprise market. Over the last few years, however, EA has been the company’s largest business segment, driving over half of the revenue in Q1 2021. The strong acceptance from the enterprise segments further shows its reliability and mission criticality, which we believe are the two key drivers for enterprise adoptions. In Q1, MongoDB had 780 customers with ARR of at least $100,000, which was significantly up 30% from a year ago. 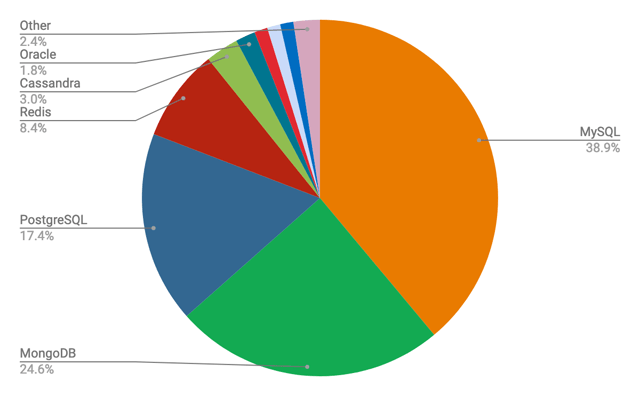 Consequently, we think that MongoDB is still well-positioned to acquire more shares of the enterprise market despite the uncertainty. In Q1 alone, it reportedly landed a 7-deal figure with one of the largest global automakers, a leading North American airline, and one of the largest retailers in Australia and New Zealand Woolworths Group. Moreover, we saw diverse use cases in these deals, ranging from cloud migration to high-traffic development.

We expect MongoDB to maintain the subscription growth momentum with its Atlas offering beyond Q1, subsequently driving half of the business by the end of FY 2021. As indicated in the Q1 earnings call, the 30% lower online advertising rates today should allow MongoDB to invest more aggressively into its digital marketing activities to drive Atlas’ new logos acquisition. Atlas has been the fastest-growing segment of the business, with its share of the overall revenue accelerating from merely 7% in 2018, to 39% of revenue in 2019. In Q1, Atlas’ growth remained highly exceptional despite its usage-based revenue model, which we thought would have gone through a little bit of disruption during the COVID-19 slowdown. Nonetheless, Atlas grew its revenue by a staggering 75% YoY to drive the overall 46% top-line growth. Consequently, Atlas now makes up ~42% of MongoDB’s business. Considering the rate at which it is going and the further investment in the self-serve channel, we expect Atlas to drive half of MongoDB’s business by the end of FY 2021.

There has been a consensus on how MongoDB’s seemingly high valuation may potentially leave a little room for upside. Throughout the second half of 2019, MongoDB traded at +29x P/S at one point, and as the stock felt the COVID-19 selloff impact in March and rebounded to ~25x P/S today, there appears to be a ceiling at around 30x. 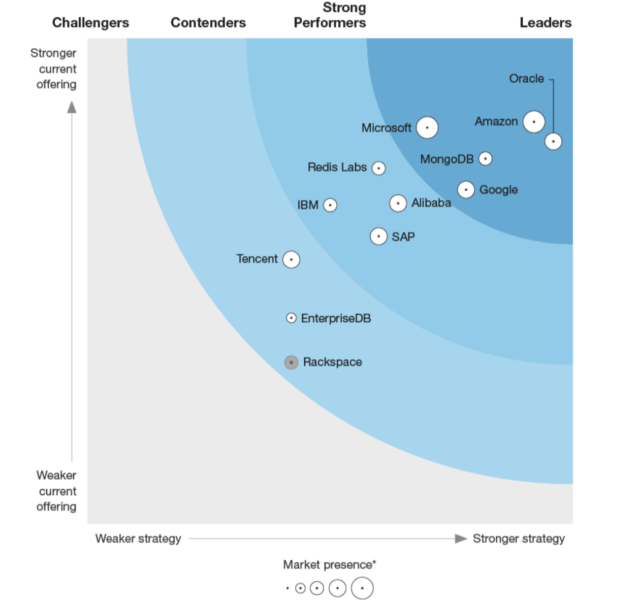 Likewise, there is also a consensus on MongoDB’s potential to disrupt and eventually replace Oracle (ORCL) as the market leader in DBaaS space. As MongoDB attempts to keep this long-term view intact, it has also been investing quite aggressively and has never generated a positive FCF (Free Cash Flow) since its IPO in 2017. 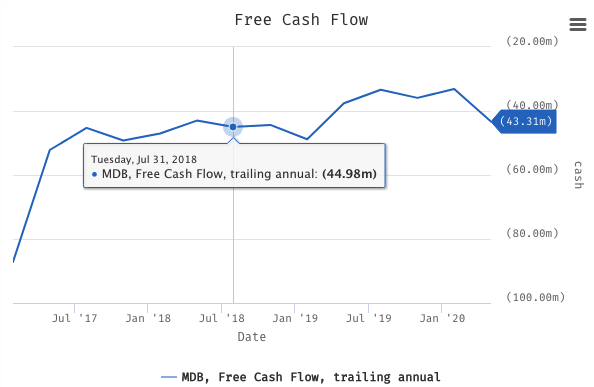 Nonetheless, a market-share driven growth story like MongoDB should continue to require a bold approach, in our view. It is also important to note, however, that MongoDB appears to have been applying a controlled-burn approach, as FCF burn has never been volatile while trending positively over the last few years.

The potential slowdown in Q2 may be another potential risk factor that has recently sent the stock down ~10% over the last five days. However, as the management also mentioned in the earnings call, the exceptional outperformance in Q1 will make it difficult to make a sequential comparison in Q2. 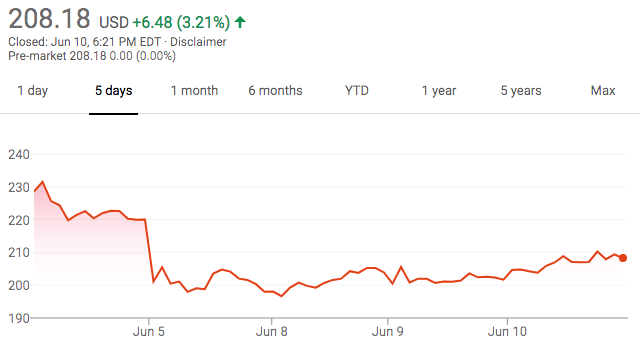 We continue to believe in MongoDB’s disruptive growth story. We think that it will continue its market share gains in the enterprise market with its reliable offering. The secular demand for NoSql and DBaaS systems will furthermore fuel more adoption of its differentiated offerings. At ~25x P/S today, the price seems to reflect MongoDB’s unrivaled leadership as the only evolving standalone player in the attractive NoSql and DBaaS spaces. While we believe the stock should be a buy at ~22x P/S, the recent 10% drop also provides a good entry point for investors. We maintain an overweight rating on the stock.

Disclosure: I am/we are long MDB. I wrote this article myself, and it expresses my own opinions. I am not receiving compensation for it (other than from Seeking Alpha). I have no business relationship with any company whose stock is mentioned in this article.