Since Donald Trump ascended to the Oval Office unimpeded by his crude “locker-room talk”, masculinity has been a hot topic. As three new books demonstrate, the causes and cons­equences of its more “toxic” manifestations are manifold.

Laura Bates, author of Men Who Hate Women, has visited British schools almost weekly since founding the Everyday Sexism Project in 2012. Of late, she has noticed a marked increase in the number of students who are “angry, resistant to the very idea of a convers­ation about sexism”.

Men are the real victims, these boys tell her, “in a society in which political correctness has gone mad, white men are persecuted, and so many women lie about rape”. After hearing the same ideas repeated across the UK, Bates decided to investigate their provenance, diving into online communities of incels, pick-up artists, Men Going Their Own Way (MGTOW) and Men’s Rights Activists. Bates takes issue with the cuteness of what is collectively referred to as the “manosphere”: “Like man cave, man flu and man bag . . . the manosphere is seen as a joke and, therefore, harmless.” It is anything but: “There is some illegal incitement to real-life violence [in these spaces] that is able to flourish with absolute impunity.”

The manosphere’s most sinister citizens are “incels” — an abbreviation of “involuntary celibates”. Enraged with women who “deny” them the sex that they feel is their due, incels propose controlling women’s sexual autonomy through rape, sexual slavery or sex redistribution. Incels registered on forums number in the tens of thousands, but their ideology has outsized influence among the alt-right. “A lot of the vocabulary that has been adopted by the reactionary right over the past couple of years has really come from the incel community,” Tim Squirrell, a researcher studying social interaction in online communities, told Bates.

Far more socially accepted than incels are so-called Men’s Rights Activists. According to Bates, MRAs are most interested in battling women — seeking to defund domestic violence shelters on the basis of discrimination, for example. By alluding to anodyne issues such as men’s health, they gain access to news platforms, through which they smuggle “some of the misogynistic ideas of the wider manosphere into the public eye, behind a false shield of credibility”. MRAs have been further emboldened by dog-whistled endorsement from politicians, she adds.

Bates believes that the manosphere actively recruits teenagers from places such as bodybuilding forums to groom them for violence. Misogynistic attacks should, she argues, be classified as terrorism rather than anomalous acts executed by mentally unstable lone wolves.

Women are still ‘expected to give traditionally feminine goods’ — including sex, care and emotional labour

Other experts are more worried about the mainstreaming of radical ideas. Gary Barker, founder and chief executive of Promundo, an NGO promoting healthy masculinity, told Bates that he loses more sleep about the normalis­ation of the discourse of Jordan Peterson — who told the FT in 2018 that society should “stop teaching 19-year-old girls that their primary destiny is career”— than incels themselves.

For her book Boys & Sex, Peggy Orenstein chose not to “wade deep into the muck of the manosphere”. As a journalist, Orenstein had spent 25 years chronicling the lives of girls. But with the magnitude of misconduct revealed during #MeToo, Orenstein realised that she needed to “have the other half of the conversation”. To that end, she interviewed more than 100 American boys aged 16 to 22 — including those identifying as gay, bisexual and transgender — about masculinity and intimacy.

Orenstein sees toxic masculinity as a three-legged stool standing on emotional suppression, disparagement of the feminine and bragging about sexual conquest. She noticed a dissonance between boys being warned to “respect women” and the sexual availability portrayed in popular culture, reinforced by a “historically unprecedented” exposure to pornography.

﻿“Nearly all” of the boys Orenstein interviewed considered their female classmates their equals, at least in the public sphere. Yet asked to define the ideal male, they “appeared to be channelling 1955”, reflecting ideas of emotional detachment, sexual prowess, dominance and aggression. These young men were “in a constant state of negotiation,” she writes, “trying to live out more modern ideas about gender yet unwilling or unable to let go of the old ones”.

What emerged from Orenstein’s conversations is sometimes unsettling. Young men of colour at predominantly white schools reported having to be hyper-vigilant about consent, aware that they were more likely to face consequences for any ambiguity. Consent works both ways, Orenstein found: she met boys who had been forced into sex by girls and by other boys. 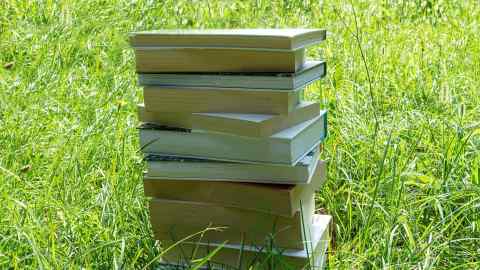 Without letting anyone off the hook for bad behaviour, Orenstein comes off as compassionate. It’s not that young men can’t read cues on consent, she concluded from her conversations, but that they have been conditioned to prioritise their pleasure and interpret the cues through the lens of their own desires.

In Entitled: How Male Privilege Hurts Women, Kate Manne, a philosophy professor at Cornell University, writes that women are still “expected to give traditionally feminine goods” — including sex, care and emotional labour — and “to refrain from taking traditionally masculine goods”, such as power and authority. Manne proposes that misogyny is best understood as “the ‘law enforcement’ branch of patriarchy”. In her lexicon, sexism is the ideology that rationalises gendered norms and expect­ations; misogyny polices them.

Manne posits that our cultural scripts give certain men’s desires “outsize ethical importance” — whether that desire is for sex or a seat on the Supreme Court. In a system of structural misogyny, women struggle to access their justified entitlement, resulting in a range of inequalities. Some of the most heart-wrenching stories included are the medical dismissal of black women and the disproportionate percentage of rape kits involving victims of colour that remain untested by police in certain US jurisdictions.

Although her diagnosis is societal, the prescription is personal: women should stand up for their entitlement. While she acknowledges that it is not always “feasible or safe” for a woman “to lay claim to what she has a right to”, one wishes she had included more structural solutions — such as the enforcement of equal pay legislation — that would put less of an onus on individuals to negotiate their due.

Both Orenstein and Bates believe that conversation — with educators and parents — is necessary to fight misogyny. Bates also suggests funding offline spaces where boys can socialise and making online spaces safer by holding tech companies to greater account. #MeToo and its backlash have laid bare the ramifications of toxic masculinity. But we have an opportunity, and a responsibility, to raise our boys to be the respectful and empathetic men we know they can become.

Mia Levitin is a cultural and literary critic. She is the author of ‘The Future of Seduction’, forthcoming in November

Men Who Hate Women: From Incels to Pickup Artists, The Truth About Extreme Misogyny and How It Affects Us All, by Laura Bates, Simon & Schuster, RRP£16.99, 368 pages

Mia Levitin is a cultural and literary critic. She is the author of ‘The Future of Seduction’, forthcoming in November