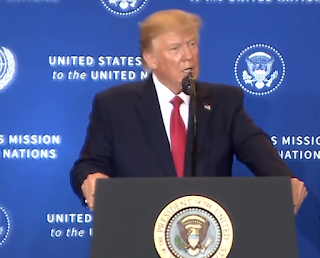 In New York City at the United States Mission to the United Nations, President Trump on Wednesday told reporters that China wants to make a trade deal.

He said a deal with China could happen “sooner than you think.”

The stock market moved higher on the news.