Lockheed Martin landed a $4.6 billion contract to build at least six Orion space shuttles for NASA as it aims to meet the Trump administration’s goal of returning astronauts to the moon, the company announced on Monday.

NASA placed an initial order for three Orion spacecraft for its Artemis moon missions for $2.7 billion. The space agency plans to order an additional three ships in fiscal year 2022 for an additional $1.9 billion.

“This contract clearly shows NASA’s commitment not only to Orion, but also to Artemis and its bold goal of sending humans to the Moon in the next five years,” said Rick Ambrose, executive vice president of Lockheed Martin Space. “We are equally committed to Orion and Artemis and producing these vehicles with a focus on cost, schedule and mission success.”

NASA can order as many as six additional Orion spacecraft through the contract period ending on Sept. 30, 2030. If NASA follows through on that option, Lockheed would “[leverage] spacecraft production cost data from the previous six missions to enable the lowest possible unit prices,” the company said.

NASA said ordering the spacecraft in groups of three allows for lower costs due to supply chain efficiencies. The Orion spacecraft are expected to be re-used at least once. 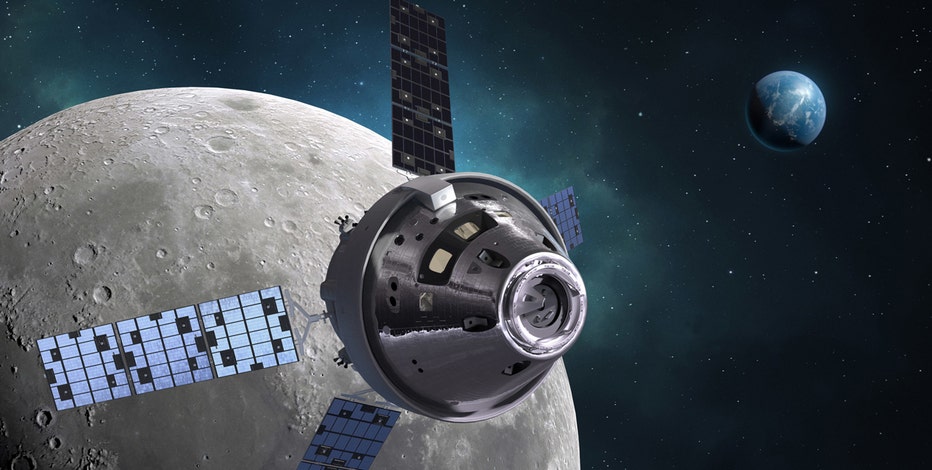 “This contract secures Orion production through the next decade, demonstrating NASA’s commitment to establishing a sustainable presence at the Moon to bring back new knowledge and prepare for sending astronauts to Mars,” said NASA Administrator Jim Bridenstine. “Orion is a highly-capable, state-of-the-art spacecraft, designed specifically for deep space missions with astronauts, and an integral part of NASA’s infrastructure for Artemis missions and future exploration of the solar system.”

Lockheed is building the vessels at Kennedy Space Center in Florida. The company said the first ship would be ready to “carry the first woman and the next man to the moon in 2024.”

The contract was announced amid renewed focus on space exploration under President Trump. White House officials urged NASA in May to accelerate its next planned moon landing to 2024, four years ahead of previously scheduled.

Kenneth Bowersox, NASA’s acting associate administrator for human exploration and operation, raised doubts that the timeline is feasible. He told a congressional subcommittee earlier this month that he “wouldn’t bet my oldest child’s upcoming birthday present or anything like that.”