Lockheed Martin (LMT) has been on an upward trajectory for years now. The company continues to operate at the forefront of many advanced technology industries. While the coronavirus has had a negative impact on Lockheed Martin, the company is proving to be relatively resilient during the pandemic. In fact, Lockheed Martin has recovered most of its losses over the past few months.

Lockheed Martin experienced a strong Q1 and outperformed expectations. The company’s quarterly GAAP EPS of $6.08 and revenue of $15.65 billion beat expectations by $0.28 and $580 million, respectively. Lockheed Martin has fared relatively well during the pandemic as many of its services have been considered essential. Despite the current economic downturn, Lockheed Martin is well-positioned moving forward.

Lockheed Martin has rebounded in recent months after a sharp drop.

Lockheed Martin’s quarterly sales grew an impressive 9% Y/Y in Q1. The company’s Aeronautics segment performed particularly well with 14% Y/Y growth. The company notably experienced ~$900 million in F-35 orders and $3.6 billion in other awards. While Aeronautics has been performing exceptionally well, the segment is already starting to experience disruptions as a result of the coronavirus. Such disruptions will almost certainly have a negative impact on Lockheed Martin’s business in 2020.

Lockheed Martin’s RMS segment also performed well and was awarded over $7 billion this quarter, with Sikorsky accounting for over $4 billion in awards alone. Perhaps the most promising aspect of Lockheed Martin is its growing space business. The frontiers of space are opening up like never before with figures like Elon Musk and Jeff Bezos investing billions into the industry. Lockheed Martin is among the top companies leading the space charge.

While Lockheed Martin is not as flashy as companies like SpaceX, it is making rapid progress on the space front. In fact, the company recently had two of its GPS III spacecrafts accepted into operations by the Air Force Space Command. Lockheed Martin could see a great deal of upside as a front runner in the burgeoning space industry.

Lockheed Martin is making big moves on the space front. 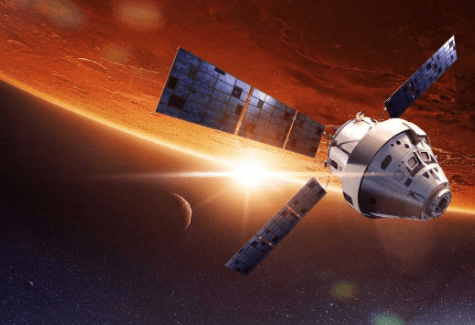 With many of Lockheed Martin’s products deemed essential, the company will be relatively shielded from the negative impacts of the pandemic. The company also boasts a strong backlog, which should help the company overcome near-term hurdles. As such, it would not be surprising to see Lockheed Martin continue to outperform expectations going forward. However, the coronavirus is still expected to have a material impact on the company’s operations for the next few quarters.

Lockheed Martin is well-positioned to weather the current crisis. The company has built a strong balance sheet over the years and continues to maintain robust financials. Lockheed Martin generated $2.3 billion in cash from operations and maintained a sizable backlog of $144 billion in Q1. While the coronavirus does make the near-term murkier, Lockheed Martin is strong enough to withstand any potential economic headwinds.

Demand for Lockheed Martin’s products are also not likely to be significantly impacted by the coronavirus given that the company’s customer base largely consists of governments and other large organizations. The need for defense and advanced technologies should remain relatively stable even in this turbulent current period. While Lockheed Martin’s sales outlook for 2020 has been reduced as a result of the pandemic, the company is still expected to grow ~6% over 2019.

Many of Lockheed Martin’s largest customers are governments from the Middle East. Many of these governments derive their revenues from fossil fuels like oil. With oil prices plummeting and renewable energy technologies rapidly gaining steam, countries like Saudi Arabia will likely become increasingly financially strained moving forward.

This could have a large negative impact on Lockheed Martin as the company relies on many of these countries for a sizable portion of its sales. If countries like Saudi Arabia become less financially stable, they may have to cut down on their arms spending. However, the volatility in the Middle East is only growing, which means that demand from the region will likely not decline anytime soon. Considering the fact that the majority of Lockheed Martin’s sales to the region are defensive systems, the company should still see robust demand from this region for the foreseeable future. 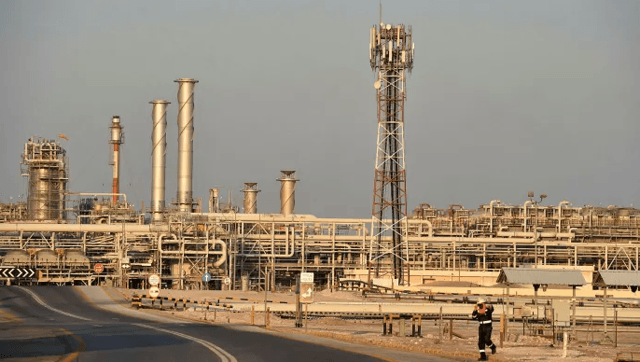 Lockheed Martin plays an essential role in national security, which means that the company will likely be less affected by the pandemic-induced downturn. On top of this, Lockheed Martin ended Q1 with a very strong balance sheet and a solid backlog. Despite some near-term macroeconomic headwinds, the company still has more upside at its current market capitalization of $101 billion and forward P/E ratio of 15. Lockheed Martin is at the forefront of some of the largest and most promising advanced technology sectors.