Lockheed Martin Is Firing On All Cylinders (NYSE:LMT)

Lockheed Martin (LMT) is performing well despite large macroeconomic headwinds. The company is proving to be highly resilient during the global pandemic. In fact, Lockheed Martin managed to report solid Q2 results despite fears of underperformance. All of Lockheed Martin’s major business segments grew on a Y/Y basis during the quarter.

Lockheed Martin is clearly strengthening its position as the leading defense contractor. Not only is Lockheed Martin posting strong financials, but the company is also increasing its exposure to promising high-tech industries. Lockheed Martin has much to look forward to even in this tough environment.

Lockheed Martin has performed surprisingly well over the past few quarters.

Lockheed Martin has a track record of strong financial performance. The company continues to perform well both financially and operationally despite COVID-19. In Q2, the company reported net earnings of $1.6 billion and generated $2.2 billion in cash from operations. Lockheed Martin now has an enormous backlog of $150.3 billion, making it one of the safest and most promising companies in the entire industry.

Despite coronavirus-related disruptions, Lockheed Martin still managed to experience impressive growth in its major business segments. The company’s Aeronautics, MFC, Space, and RMS segments grew 17%, 16%, 6%, and 7% respectively. What’s more, Lockheed Martin raised its entire outlook for 2020 as a result of its strong performance. 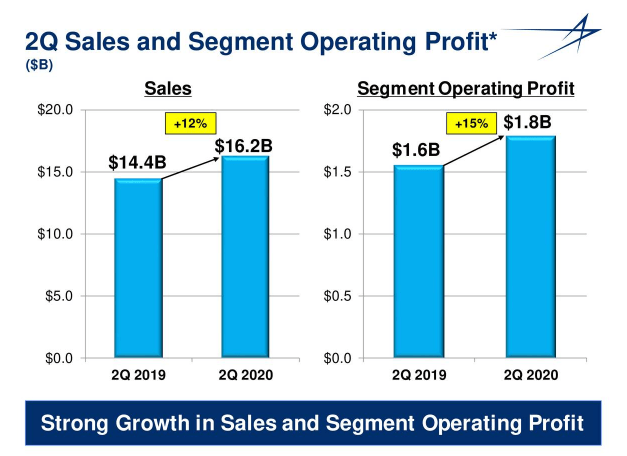 Lockheed Martin continues to position itself at the forefront of many promising new industries. The company is making notable strides in the incredibly promising space segment. The industry is opening up like never before with companies like SpaceX (SPACE) pushing the boundaries of space technology.

READ ALSO  Women on Wall Street - How many of America’s top companies have a female CEO? | Finance & economics

ULA (United Launch Alliance), which is a joint venture between Lockheed Martin and Boeing (BA), recently won a multi-billion-dollar Pentagon contract to launch national security space missions. Although ULA is splitting this contract with SpaceX, the launch industry is large enough to accommodate multiple players. The space industry is also growing at an incredible pace, which makes Lockheed Martin space business one of its most promising in the long term. 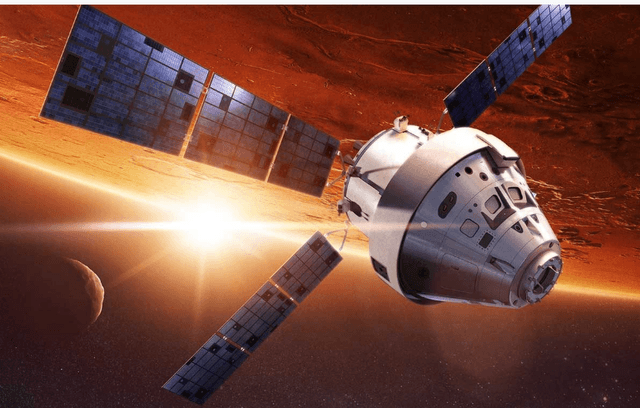 Rising geopolitical tensions, especially between the US and China, will add an additional layer of uncertainty and volatility to Lockheed Martin. In fact, China recently announced that it will sanction Lockheed Martin as a result of arms sales to Taiwan. As the conflict over trade and territorial claims escalate, Lockheed Martin could be put in an increasingly tough situation.

Lockheed Martin is one of the most stable and best-performing companies in the defense space. Despite a global pandemic, Lockheed Martin has managed to experience growth in all of its major businesses. Lockheed Martin still has upside at its current market capitalization of $110 billion and forward P/E ratio of 16.

READ ALSO  US & China: Emerging Technologies And The Race To Control The Future