Covid in the UK hasn’t been quite as polarised as Brexit or the political landscape of the United States. But it is polarised enough. At one extreme are the zero-Covid advocates; at the other, the lockdown sceptics. Who is right?

Some lockdown sceptics have advanced a variety of dishonest or deluded views over the course of the pandemic. Months ago, one correspondent wrote to assure me that the infection fatality rate was just one in 2,000. This implies 33,500 deaths if the whole UK population was infected. We have suffered 67,500 excess deaths; am I to conclude that we have all had the virus twice?

Then, in what now looks like a line from a Shakespearean tragedy, there is Donald Trump’s early declaration: “One day, it’s like a miracle, it will disappear.”

But there is an honest argument against lockdowns — namely that while the disease is dangerous, the lockdown cure is worse. The virus has the power to kill many more people than died in the first wave. Yet in England and Wales, the vast majority of those who have died were 65 or over, with three-quarters of them aged 75 or over.

The honest lockdown sceptic asks, is it wise or fair to impose radical limits on the freedom of all with no apparent end in sight? Thousands of lives are being saved — but millions of young people are seeing their prospects sacrificed.

Is their sacrifice worthwhile?

The zero-Covid position reaches the opposite conclusion from the same starting point: since there will be no end to the suffering as long as the virus is circulating, the answer is to eliminate the virus in the UK and Ireland. We are island nations, like New Zealand. If community transmission can be stopped, then border controls — plus contact tracing for the occasional outbreak — can keep the virus out.

The most prominent British advocates of the zero-Covid approach are the scientists calling themselves “Independent Sage”.

In July, they explained that the first step would be to apply lockdowns until we reached “control”, defined as one new case per million people per day. Thereafter, a contact- tracing system, plus support for people in isolation, would eliminate the virus on these shores.

Both sides of this debate hold out tempting rewards if only we are willing to suffer now. But both are mistaken. Zero-Covid looks prohibitively costly for European countries. A relentless lockdown would be needed even to reach the “control” step, with no guarantee against backsliding.

One example of “control” listed by Independent Sage was Germany, but it has never met their definition. It has rarely averaged below five cases per million people per day and is currently at more than 20. South Korea did reach the “control level” for months but the virus spiked again. Elimination seems endlessly elusive. 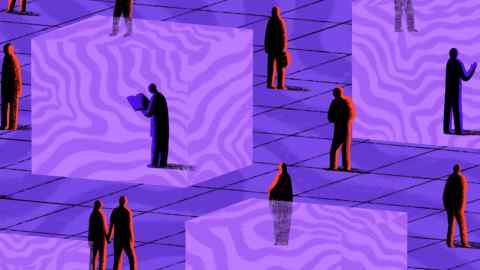 As for the lockdown sceptics, we should not pretend that we could simply tough out a rough couple of months. If the virus spread uncontrolled, tens of millions would catch it, and several hundred thousand people would die.

Far more likely is that as the virus smouldered and the deaths mounted, many people would retreat from public spaces out of justifiable fear for themselves and their loved ones. The struggle would go on for many months. I would not give much for the chances of reviving tourism, cinemas or the West End.

Sweden, darling of the sceptics, has done important things right — notably, kept schools open for younger pupils. It has preserved individual freedoms, which is no small matter. But it has suffered vastly more deaths than its Nordic neighbours for no discernible economic benefit. It is hardly a slam-dunk case against lockdowns.

In summary: zero-Covid looks like a prohibitively expensive quest for a fleeting goal. But the death toll and endless grind of damn-the-consequences reopening looks equally unacceptable, and it is telling that many lockdown sceptics have been unwilling to be frank about the true dangers of the virus.

Is there no answer? Of course there is. It lies not in the extreme ends of the debate, but in the tedious, complex business of basic public health. Lockdowns can work if they allow a properly run contact-tracing programme to take over.

Consider Germany. It slowed the first wave by establishing a test-and-trace capacity quickly. The German lockdown thus came much earlier on the epidemic curve, saving many lives but also ensuring that the country could reopen after just six weeks — despite being nowhere near Independent Sage’s definition of “control”.

In Germany, lockdown suppressed the virus enough to allow contact tracing, mask wearing and general vigilance to take over

Since then, Germany has learnt to live with the virus as a constant yet contained threat. The secret is no secret: lockdown suppressed the virus enough to allow contact tracing, mask-wearing and general vigilance to take over. In July, at a time when the British were still emerging from their homes, blinking in the sunlight, I visited Bavaria. Masks and sanitisers were everywhere, but it was thriving.

The UK had the same opportunity but we are squandering it. Our contact-tracing system was slow to grind into action, our testing capacity was overwhelmed by the predictable surge in demand as schools reopened and, most recently, a technical error led to many thousands of positive test results not entering the contact tracing system promptly.

Forget the clash of grand ideas, of Sweden versus New Zealand. Just stop bungling the basics. It is not much of a slogan. But it might just be a solution.

This column has been amended since publication to reflected that three-quarters of those who have died from the virus in England and Wales were aged 75 or over; not two-thirds as originally stated.