Livent Is A Solid Play In Lithium (NYSE:LTHM)

Livent (NYSE:LTHM) has seen its shares skyrocket over the past few months largely as a result of the EV boom. Tesla’s (NASDAQ:TSLA) success, in particular, is having an outsized impact on Livent given its expanding partnership with Tesla. Despite the near-term challenges facing the lithium industry, Livent is set up well for long-term success.

Livent further set up the groundwork for high future demand during Q3. During the quarter, the company agreed to invest in New Nemaska and extend its hydroxide supply partnership with Tesla. The New Nemaska project, in particular, will help Livent grow its presence in the North American and European markets by supplying the company with high-grade lithium chemicals.

Livent has seen a major rebound over the past few quarters.

Long-term lithium demand appears to be healthier than ever due to the rapid rise of EVs. Livent is set to benefit disproportionately from this trend as one of the few large lithium pure plays in the industry. While competitors like Albemarle (NYSE:ALB) only devote a portion of their business to lithium, Livent is all in.

Livent’s partnership with Tesla should also give the company an advantage over its competitors. Tesla will likely dominate the EV market for the foreseeable future and could account for the majority of lithium demand for at least a decade given its roadmap. Tesla is already planning to build out massive “terrafactories” dedicated to battery production.

Even if Livent is able to capture a fraction of Tesla’s demand in the coming years, the company should see major upside. With an estimated 63 kg of lithium in a 70 kWh Tesla Model S, the demand for lithium will almost certainly skyrocket to unprecedented heights. Tesla is aiming to produce 500,000 cars this year and still grow at ~50% per annum, which gives an indication of how much lithium will be needed.

Tesla will almost certainly be a key partner for Livent given its growing appetite for lithium. Tesla is planning to build out massive factories to produce batteries at an unprecedented scale.

Livent, along with the entire lithium industry, has been plagued with the lithium prices over the past few years. This has led to an industry-wide downturn that started in late 2017. In fact, the industry still entered 2020 in a state of oversupply. However, Livent is starting to rebound as lithium supply and demand are expected to tighten.

While current lithium spot prices continue to remain low, they will likely recover to healthy levels if EV demand continues to grow at its current pace. With EV pure plays like Tesla, NIO (NYSE:NIO), and XPeng (NYSE:XPEV) growing faster than ever, lithium demand should ramp up dramatically.

Even traditional automakers are planning to spend tens of billions of dollars in the EV market. GM (NYSE:GM) recently announced that it intends to spend a whopping $27 billion on EVs through 2025. Volkswagen (OTCPK:VWAGY) announced a $40 billion spending plan for EVs around the same time. With the entire auto industry clearly shifting towards EVs, Livent should see a great deal of upside.

While the lithium demand outlook appears rosy, Livent still faces major challenges moving forward. If Tesla continues to dominate the EV market, it could have the power to pressure lithium suppliers like Livent to keep lithium prices low. Tesla continues to excessively push down battery costs, which means that it will almost certainly pressure Livent to keep prices as low as possible.

Livent will also likely face far more competition moving forward as more companies flood the lithium market. If too many companies are producing lithium, low lithium prices could persist even as demand ramps up. In fact, overenthusiasm on the part of lithium producers is largely responsible for the current price situation in the first place.

If lithium producers overextend in anticipation for high demand, the industry could continue to experience overcapacity. 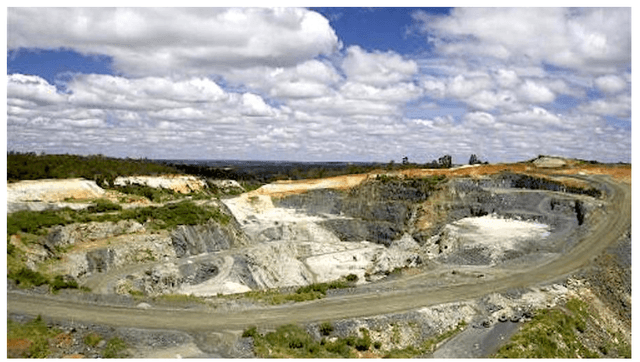 Livent is still relatively cheap at its current valuation of $2.3 billion and P/S ratio of 8. Not only is Livent one of the few large pure plays in a booming industry, but it also has a partnership with the dominant leader in EVs. The momentum behind EVs will likely continue to drive Livent higher even in the midst of a pandemic.

Disclosure: I am/we are long TSLA. I wrote this article myself, and it expresses my own opinions. I am not receiving compensation for it (other than from Seeking Alpha). I have no business relationship with any company whose stock is mentioned in this article.