Surging sales in electric cars have encouraged investors to bet on a rebound in the lithium market, setting off a dizzying rally in equities linked to the raw material.

Lithium-related stocks have been on a turbocharged run in recent weeks, encouraged by a growing number of cars rolling on to the roads of Europe and China. Shares in Albemarle, the world’s largest producer of the battery raw material, have soared more than two-thirds since their September low. Over the same period, Australia’s Pilbara Minerals has doubled in value.

The sector’s momentum has been encouraged by its association with the green agenda, an increasing focus of investors and governments, as well as one of the hottest market stories of 2020 — the almost 600 per cent share price rise of carmaker Tesla, which uses the material in its batteries.

The recent move reflects growing optimism about the mass market penetration of electric cars that use lithium in their batteries, say fund managers. Sales of electric vehicles and plug-in hybrids are expected to rise 28 per cent this year to 2.78m vehicles, according to consultancy Rho Motion. European sales are expected to creep past those of China, helped by subsidies in Germany and France.

“The stock market is always a forecasting animal . . . but it has a high-powered set of binoculars on at the moment,” said Will Smith, co-founder of Westbeck Capital Management in London. “Clearly, EV demand has surprised everyone to the upside this year and that is going to continue given the shift by governments to greener forms of transport as a way of stimulating economies.”

The shift in sentiment follows a three-year downturn in lithium prices caused by an oversupply of the raw material from new mines. Now, lithium prices may have bottomed, especially in Australia, the world’s largest producer. From a peak of more than $900 a tonne in 2018, prices for Australia’s lithium-containing spodumene rock have fallen to $375 a tonne — below the level where most mines can make money.

But prices were flat in October, according to Benchmark Mineral Intelligence, a consultancy. At the same time, domestic Chinese prices for lithium carbonate, a processed form of the raw material that is used in batteries, rose almost 1 per cent.

Wang Xiaosheng, chief executive of China-based lithium producer Ganfeng Lithium, said the price rise was driven by growing EV sales as well as growth in consumer electronics such as laptops as more people work from home due to Covid-19. Tesla last year opened a factory in Shanghai that produces its Model 3 vehicle, some shorter-range versions of which use lithium carbonate.

Tesla’s chief executive Elon Musk said last month that the carmaker’s new factory in Berlin would expand to produce as much 250 gigawatt-hours of batteries a year — equivalent to about half of this year’s global production capacity.

Tesla’s stunning share price rally this year has lifted its market value to more than $500bn. Investors who had backed the company, and other high-flying EV stocks such as China’s electric carmaker Nio, were paying more attention to materials producers, said Westbeck’s Mr Smith.

To reach Tesla’s goals would require an expansion in the lithium sector, he added, but building a new mine could take up to five years — meaning a potential shortfall in supply if demand kept growing. “You’ve got a hugely well-capitalised demand sector and the supply sector is still coming out of the trenches with a few plasters on,” Mr Smith said.

Still, Ganfeng’s Mr Wang cautioned that faster growth of EVs in China was constrained by lack of charging facilities in the biggest cities. “It’s a big question for the market — a 10 to 20 per cent [EV] penetration rate is still fine but beyond that there needs to be a way to address the charging.” 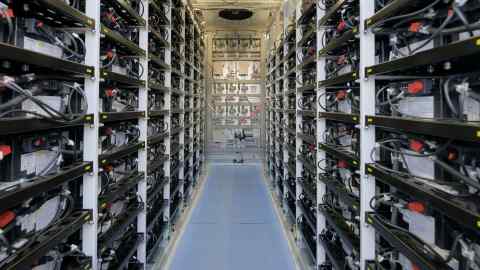 Lithium supply could still expand rapidly in Australia, as it did when prices hit a record high in 2017, he added. That presents a longer-term threat to the market rebound.

But such a snapback in production might not come quickly. In October, Australian lithium miner Altura went into administration after it failed to raise enough funds to pay off its debts.

This week, Pilbara agreed to acquire Altura’s lithium project for $175m, in a deal backed by Australia’s largest pension fund, AustralianSuper. But Pilbara chief executive Ken Brinsden said there was “no incentive” to restart the project at present. “The industry is not going to expand at today’s prices,” he added. “Inevitably, there has to be a price increase if the industry wants to satisfy the growing demand.”

Meanwhile, US producer Livent — which last month said it had extended its supply agreement with Tesla through 2021 — has agreed to invest in Canadian miner Nemaska Lithium, a company that went bankrupt last year.

Howard Klein, founder of RK Equity, which invests in the sector, said equity markets “are pricing in a lithium price rise and they’re going to get a price rise — inventories are depleting and there will be consolidation and more discipline”.