In New York City, its lights, camera, action — and that action is boosting the metropolitan area’s economy.

It’s “Hollywood on the Hudson” with Thursday’s announcement of a new $100 million dollar production facility in Yonkers, N.Y. from Lionsgate Studios. The new facility — just beyond the New York City border — joins a growing list of planned film production facilities in the area.

Curbed New York reported that Wildflower Studios, backed by New York native and Hollywood icon Robert DeNiro, will be building a $425 million dollar studio in the Astoria section of Queens. While just over the county line in Brooklyn, the  New York City Economic Development Corporation and the Mayor’s Office of Media and Entertainment are asking developers for plans to turn nearly 200,000 square feet of waterfront real estate in Sunset Park into a dedicated film/television/media production facility, according to Variety.

“We are so excited to have another new facility benefiting New York state-based production work,” NYC Media and Entertainment Commissioner Anne del Castillo told FOX Business when asked about the new Lionsgate facility just north of the city, “With such close proximity to New York City,  it is sure to create new jobs for people in around the area.”

Thanks in part to New York State’s annual incentive for films and TV shows — reported to be $1,2 million in the last four years — the Empire State has seen an increase in production with popular TV series such as CBS’ “Blue Bloods,” Amazon’s “The Marvelous Mrs. Maisel” and HBO’s “Billions.”

READ ALSO  The Real Reason Why Solar Stocks Are Selling Off

Lionsgate – which hopes to break ground on the new facility in November with a fall 2020 opening — is getting some financial help on the project from Great Point Capital Management, a media-focused investment fund run by Robert Halmi and Fehmi Zeko. It will be a $100 million complex with three 20,000-square-feet and two 10,000-square-feet stages, a fully operational back lot and the opportunity to create a location-based entertainment property similar to what Lionsgate has already established in China, the Middle East and elsewhere around the world. 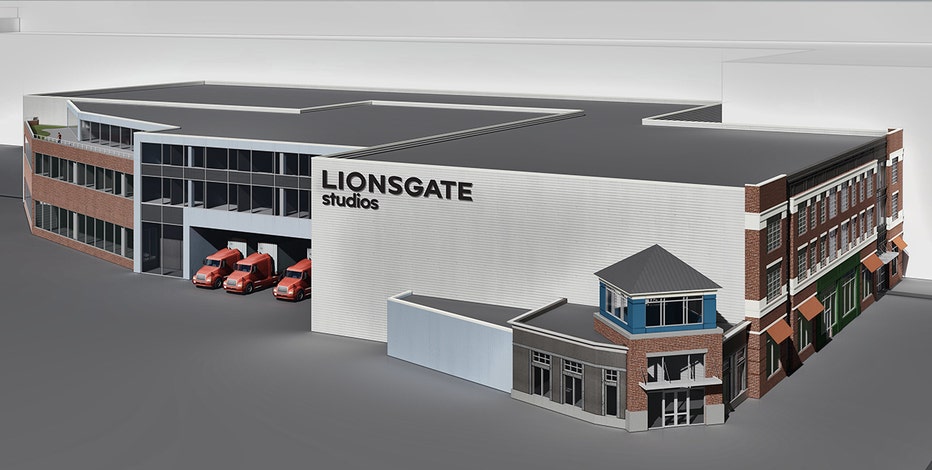 Said Lionsgate CEO Jon Feltheimer in making the announcement: “It’s rare to find a studio facility in such a prime New York metropolitan area location, and we look forward to being at the center of film and television production growth in the region.”

“This is a game-changer for the City of Yonkers and is a testament to the ongoing revitalization of our waterfront,” said  Yonkers Mayor Mike Spano.

Despite all the studio and economic activity in New York, Los Angeles – long the movie and TV capital of the world — is keeping its eyes on the iconic Hollywood sign high in the hills above LA. Philip Sokoloski, vice president of Integrated communications at FilmLA, told FOX Business that “New studios are being built in all the major production centers, not just New York. Both the UK and Toronto also plan in excess of 1 million square feet of stages in the forthcoming years to meet increased demand, especially from television production.”

This battle for movie making supremacy stems from tax credits and rezoning to a large extent. Earlier this spring, New York Governor Andrew Cuomo backed and renewed a $840 million deal in the state budget for tax credits for film and TV productions statewide reported Albany Times Union. But New York is keeping up with the other states such as Georgia — the home of two “Walking Dead” series — and Lousiana have been using similar tactics to put a dent into LA’s production.

Sokoloski believes Tinsel Town will remain the “movie capital” of the world, but admitted,  “Any and every established global jurisdiction with competitive tax incentives is either building or looking to build studio infrastructure to accommodate increased demand, especially from television production,” Sokoloski explained.

Not to be outdone, California is doing its part to remain competitive with markets offering tax breaks. “The California Film & Television Tax Credit Program administered by the California Film Commission is very competitive, and has over its lifetime returned more than 492 projects, 131,373 jobs and $13.7 billion in qualified production spending to the Golden State,” said Sokoloski, “That includes 16 relocated TV series, including seven from Vancouver, three from New York,  two from Louisiana, and one from Georgia. “

The fact remains said Sokoloski, that “California remains a highly attractive destination for feature film production and more scripted TV series are shot in Los Angeles than in any other jurisdiction.”