Search continues for the Alabama sturgeon, one of the rarest fish on earth AL.com. From an excellent series, but how I loathe the elimination of real newspaper names in favor of bland, state-based URLs. How I prefer even the utilitarian “Birmingham News”!

After This Fungus Turns Ants Into Zombies, Their Bodies Explode NYT (GF).

Kincade Fire: PG&E tower near ignition point of Sonoma County wildfire was not shut off, had broken equipment ABC7

The Permian Basin Is Facing Its Biggest Threat Yet Bloomberg

The myth of green growth FT

Brexit: will you, won’t you…? EU Referendum

Brexit: “Do or die” The Interpreter. Or, alternatively, do and die.

Most voters think risk of violence against MPs is ‘price worth paying’ over Brexit Guardian (Vlad: “If you sow wind….”).

Around the World, Protesters Take to the Streets Foreign Policy

Israel and Gulf States Are Going Public With Their Relationship Bloomberg

The Putin-Erdogan Deal Poses a Challenge to the West Bloomberg

Zombie NATO Expansion Stumbles On The American Conservative (Re Silc).

How Vodka Became a Currency in Russia Atlas Obscura

The Codevilla Tapes Tablet. A very, very interesting interview — you can skip past the lengthy intro — with an old school national security mandarin, Angelo Codevilla. Here is an important nugget:

INTERVIEWER: I have some close personal friends who are more on the left, and I said to them: OK. Where’s the evidence? Who did what when to whom? Where are the quids and where are the quos? What’s going on here? And all they could say is, “Well, the investigation is going on.”

Whose fault is this?

[CODEVILLA:] The fault here is not of Democrats on the left. The fault here is of Donald Trump and his friends who have refused to enforce the most basic laws here. The most obvious one is . It states that any revelation, regardless of circumstance or intent, any revelation period, of anything having to do with U.S. communications intelligence is punishable by the 10 and 10. Ten years in the slammer, and $10,000 fine. Per count.

Considering these matters are highly classified, and that the number of the people involved is necessarily very small, identifying them is child’s play. But no effort to do that has been made.

I’m not a lawyer, but Codevilla seems like an authoritative source (e.g., “directly involved in the drafting of the original FISA law in 1978”).

Justice Dept. Is Said to Open Criminal Inquiry Into Its Own Russia Investigation NYT. Before, Durham didn’t have subpoena power. Now he does.

The Blob Strikes Back The National Interest

The CBO Just Handed Us Two Trillion Dollars J.W. Mason. The CBO played a fantastically destructive role in the health care debate of 2009-2010, since the CBO, by definition, cannot measure national accounts. So even though #MedicareForAll saves the country hundreds of billions, it “scores” poorly. No doubt the “pay for” crowd, which sadly but not unexpectedly includes Elizabeth Warren, will leverage that leverage that in favor of their preferred policy option, for which the bottom line is preserving the existence of private health insurance.

Economists rush to help Sen. Elizabeth Warren solve Medicare-for-all tax puzzle WaPo. At this point we recall this chart, which I have suitably annotated: 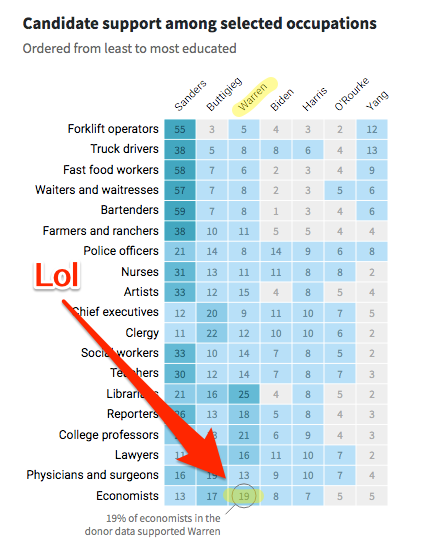 Are Our Brains Wired to Reject Medicare for All? David Corn, Mother Jones. Every time I think we’ve reached peak liberalism, Clara Jeffreys proves me wrong. Redeploying Corn from the RussiaRussiaRussia desk to the #MedicareForAll desk is a master-stroke (and shows what the liberal Democrat hive mind perceives as the real threat).

Bernie Sanders Vows to Revive Criminal Prosecutions of CEOs for Unfair Trade Practices The Intercept (nippersmom). Even the horrid Bush administration prosecuted Enron executives. But [genuflects] Obama? Not so much.

Who Revolts? Empirically Revisiting the Social Origins of Democracy The Journal of Politics. Important in the Sanders v. Warren controversy.

OK, the collapse of the British Empire, but still. Thread:

A friend in the army once told me how he got into a fight with his horse and ended up biting the horse. He got in trouble because technically the horse outranked him.

Microsoft Surface Laptop 3 (15-inch) Teardown iFixit. Microsoft (!) makes a real move toward right-to-repair. “[W]e take a stab with our opening tool at the seam between the upper and lower case, and … it comes right apart! With nary a speck of unsightly glue in sight! … Just like that, the whole top cover assembly lifts away! This is a magical moment.” 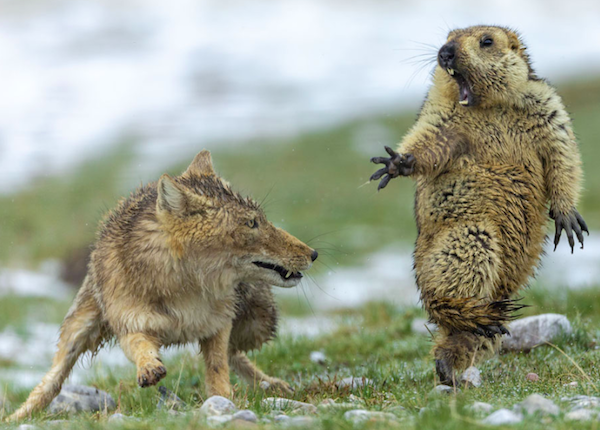 Stay in your lane…

Previous Post‘Halt this escalation!’ Bundestag MPs demand that US troops leave Germany to avoid tensions with RussiaNext PostThis Key Battery Metal Is Set To Soar By 250%