KKR homes in on Japan property as companies offload assets

KKR is doubling down on its operations in Japan, betting that the Covid-19 pandemic has opened up new opportunities in a country that was already its richest source of potential deals in Asia.

The US private equity firm is planning to participate in a wave of transactions generated by railway companies, manufacturers and other corporations with substantial but underused property and land assets, according to Hirofumi Hirano, the head of KKR in Japan.

As part of that expansion into real estate and infrastructure, KKR is beefing up its team on the ground. Last summer it poached Daisuke Hiramoto from PAG, the Hong Kong-based private equity firm, and hired former Goldman Sachs banker Takatsune Hirayama in May.

Last month Robert Lewin, KKR’s chief financial officer, said the company had raised about $11bn for its fourth pan-Asian private equity fund — already the largest of its type in the world — and was on track to meet its target of $12.5bn.

“Real estate as a hard asset is becoming too expensive but KKR has a role to play on the operational front to create synergies for real estate and infrastructure,” said Mr Hirano, a veteran of some of the country’s largest private equity buyouts. 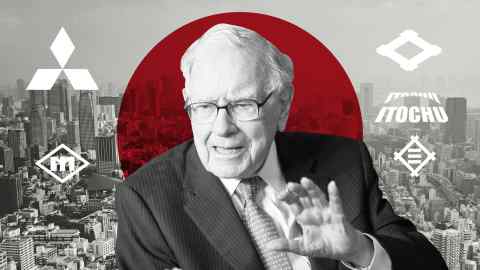 KKR’s expansion comes as the world’s largest private equity groups, including Bain, Carlyle and Blackstone, are all expecting the pandemic to accelerate a process of restructuring and disposal of non-core assets across Japanese industry, and particularly in the transport sector.

Analysts say deals — particularly those involving developments based around partnerships with existing owners — would likely become more frequent as railway companies feeling a squeeze from reduced passenger journeys are forced to look for ways to monetise their assets.

“Japan remains the most important region in Asia. There are still so many companies or industries that are underutilised and need a drastic transformation of their business,” said Mr Hirano.

Despite the widespread assumption that Covid-19 would significantly accelerate Japanese companies’ efforts to digitise their businesses, Mr Hirano said there remained a reluctance by management to set about the necessary transformation.

“Companies talk about digital as a nice thing to have but to transform your business, the management needs to bite the bullet. I hope we can be the catalyst for that kind of change,” he said.

Meanwhile, competition has increased for deals. For example, multiple bidders emerged for Takeda Pharmaceutical’s over-the-counter business, which was sold last month to Blackstone for $3.2bn.