Joe Biden’s win boosts US unions at a pivotal time

On Labor Day in early September, Richard Trumka, the president of the AFL-CIO, America’s largest union group, joined Joe Biden for a Facebook Live event and gave him a glowing appraisal.

“I’ve known Joe Biden for 40 years. He’s real,” Mr Trumka said of the now president-elect. “He loves his family. He loves our country. He loves workers. This is not a campaign posture. It is his life.”

Backing from organised labour helped propel Mr Biden to election victory in November over Donald Trump — and having a friend in the White House comes at a pivotal time for unions.

But as their ranks have thinned, unions have gained popular support. A Gallup poll published in September found that 65 per cent of Americans approved of labour unions, the highest figure since 2000 and up from just 48 per cent as recently as 2010.

Analysts say the union movement has benefited from growing unease about income disparity in the years after the financial crisis and concerns about worker health and safety during the coronavirus pandemic.

“I think there’s a more of a recognition of the positive side of unions in this moment of inequality, and greater awareness of low-wage workers’ suffering,” said Molly Kinder, a fellow in the metropolitan policy programme at the Brookings Institution. “Unions have been out there fighting for their workers on issues that anyone can relate to as life-and-death.”

Union leaders typically support Democratic politicians but many of their members were drawn in recent years to the “America First” stance of Mr Trump. Mr Biden’s pro-labour rhetoric helped him win back northern industrial states such as Wisconsin, Michigan and Pennsylvania, and positions him as a different kind of Democratic president than recent predecessors including Bill Clinton and Barack Obama.

Thea Lee, the president of the Economic Policy Institute, a left-leaning think-tank close to unions, said that to earlier Democratic presidents, labour groups were like the “crazy uncle” that one would invite to a wedding and “pray to God he’s not going to give a toast”.

With Mr Biden it was different: “There’s no question that Joe Biden is unapologetically and full-throatedly pro-union.”

Sara Nelson, president of the Association of Flight Attendants-CWA, said Mr Biden “is deeply steeped in the principles of the labour movement” and “can talk about the power of labour better than any other president or president-elect I’ve seen ever”.

Mr Biden’s economic platform, in turn, was backed enthusiastically by organised labour. It includes policies to boost unionisation and protect striking workers that have long been a priority for organised labour, and calls for large-scale government spending and investment, which unions hope will deliver more jobs in areas such as green energy.

“I go back to the 1980s, and have watched a lot of presidential elections and Democratic platforms being drafted, and this is head and shoulders above them,” said Bill Samuel, the director of government affairs at the AFL-CIO. “It’s a platform that quite frankly we could have written.”

After the election, Mr Biden held a briefing on the economy with chief executives from General Motors, Microsoft, Target and Gap, and five union leaders, in which he emphasised the need to bring more labour voices to the table.

“I made it clear to the corporate leaders, I said I want you to know I’m a union guy,” Mr Biden said. “Unions will have increased power. They just nodded, they understand. It’s not anti-business. It’s about economic growth, creating good paying jobs.”

If Mr Biden fully implements his plans, it could create tensions with corporate America, where there is concern that some policies, such as higher corporate taxes, minimum wage increases, and protectionism on trade could hurt the economy.

But the economic consensus among Democrats has also shifted more in favour of unions. Anna Stansbury, a PhD economics candidate at Harvard University, and Larry Summers, the former US Treasury secretary, wrote a paper in March concluding that declining worker power was a big contributor to income inequality.

“I think there is a lot of scope to try to strengthen labour bargaining power and try to shift the value that’s created by jobs and created by employment away from the owners of the firms and the managers of the firms and back towards the employees and workers,” said Aaron Sojourner, an economist at the University of Minnesota. 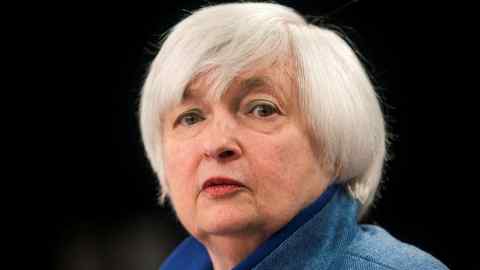 There is still a question about whether Mr Biden can deliver on his promises to unions, given the high expectations. With Congress likely to be divided, some of his more ambitious plans may not be politically feasible.

So far, unions have been pleased with Mr Biden’s picks for top economic jobs, but some have yet to be determined, including the labour secretary and US trade representative posts, which will both be closely watched.

“We’re waiting to see both how the cabinet shapes up, and how the first hundred days shape up and what Joe Biden’s relationship will be with Congress,” said Ms Lee of the Economic Policy Institute. “I think that’s going to be really important and I don’t think it’s easy to predict right now.”