Japan’s economy expanded by more than forecast in the second quarter of 2019, according to preliminary data, convincing analysts that it is now all but certain that Prime Minister Shinzo Abe will push ahead with a long-delayed rise in consumption tax later this year.

Data released by the country’s Cabinet Office on Friday showed that Japan logged annualised growth of 1.8 per cent in the three months to June against the previous quarter.

That pace was achieved despite the continuing atmosphere of alarm surrounding US-China relations and Japan’s vulnerability to forces affecting its exports.

“The broad picture from these numbers is that despite a number of factors, the economy is doing reasonably well,” said UBS economist James Malcolm.

US-China concerns had tamped down market expectations, so the growth figure was substantially above the 0.4 per cent forecast by economists polled by Reuters, and just under the 2.2 per cent growth recorded in the previous three months.

While Japan’s economy continued to expand at a robust pace in the second quarter, output will probably shrink after October’s sales tax rise

Masaki Kuwahara, senior economist at Nomura, said there were several reasons the market had underestimated this round of GDP numbers, but the most significant was the failure to forecast the strength of capital spending.

Economists using machinery orders as a leading indicator will have seen that recent readings were not strong and thus expected capex to weaken. The prevailing atmosphere of trade protectionism, he said, would have added to the conservative outlook.

In reality, though, capital spending was strong as companies invest to offset the declining population. “Japanese corporations have a huge labour shortage in Japan, so they have to prepare for that regardless of the global situation,” said Mr Kuwahara.

Separately on a quarterly basis, GDP rose by 0.4 per cent, against a forecast of 0.1 per cent. The better-than-expected data are expected to cheer Japan’s policymakers, who in July cut their forecast for GDP growth to 0.9 per cent from 1.3 per cent in the 12 months to March 2020.

Economists said that data should provide an extra layer of confidence for Mr Abe, who is planning to raise consumption tax from 8 to 10 per cent in October. The planned increase comes amid fears that it will harm an economy already hit by a regional slowdown and weakness in the export sector.

Marcel Thieliant, senior Japan economist at Capital Economics, echoed those concerns. “While Japan’s economy continued to expand at a robust pace in the second quarter, output will probably shrink after October’s sales tax rise,” he said. 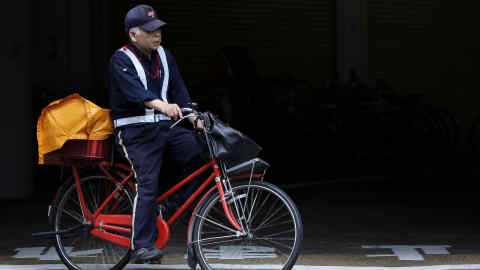 Some analysts argued the data could also ease pressure on the Bank of Japan to loosen monetary policy further, given the central bank has already conducted record asset purchases and cut interest rates to zero or below.

The bank kept overnight rates on hold at minus 0.1 per cent at its July meeting.

“Today’s data will assuage some of the concerns among Bank of Japan board members about the impact of the global slowdown on Japan’s economy,” Mr Thieliant added.

“Our view though remains that concerns about the impact of ultra-loose monetary policy on financial stability will prevent the bank from cutting its policy rates any further.”

Analysts have long cautioned that the preliminary report of Japan’s GDP can be unreliable because it is based on limited data and is subject to revisions.