Ivan Glasenberg to step down as Glencore CEO

Mr Glasenberg, who joined Glencore April 1984 and has been CEO since January 2002, said on Friday that he would retire next year and hand the reins to Gary Nagle, a fast-talking South African born executive.

“Gary’s been working with me for a long time,” Mr Glasenberg said at the company’s annual investor day. “Gary started with me in the coal division 21 year ago. He’s 45 years old, he’s had great experience around the world. I am very proud and happy to say Gary can take this company forward in the future.”

Mr Glasenberg added: “I’m happy for him being the custodian of my shareholding in the company, which I will maintain going forward.

News of Mr Nagle’s appointment came as the world’s biggest exporter of thermal coal stole a march on its rivals by setting out new emissions targets that will make it the first big miner to be fully aligned with the goals of the Paris agreement on climate change.

The Swiss-based company pledged to cut its greenhouse gas emissions to net zero by 2050, including those produced when a customer burns its coal, oil or gas.

“Our ambition to be a net zero emissions company by 2050 reflects our commitment to contribute to the global effort to achieve the goals of the Paris agreement,” Mr Glasenberg said.

While targets to reduce direct emissions and those from electricity usage are common in the mining industry, most major companies have been reluctant to set targets for the greenhouse gases generated by downstream customers that consume their raw materials.

That is because they produce large volumes of iron ore and coking coal, the key ingredients needed to make steel, where demand remains strong and there are not any viable alternatives. They also say they have limited ability to influence the behaviour of state-owned steel companies in China, the largest consumer of commodity. 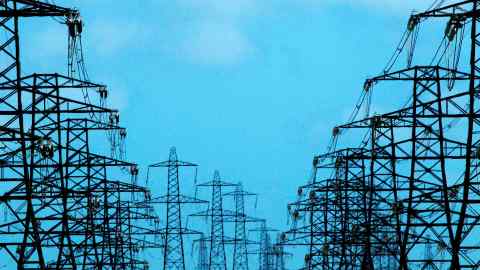 There are different dynamics in the thermal coal market, which faces fierce competition from solar and wind power and the backlash against fossil fuels. Glencore has emerged as an unlikely climate champion by letting its coal mines in South American and South African run down.

The company this year forecast a 30 per cent reduction in its Scope 3 emissions over the next 15 years, based on the “natural” depletion of its coal and oil resource base.

Glencore was targeting a 40 per cent reduction in its emissions by 2035 against a 2019 baseline and its ambition to be net zero and Paris-aligned by 2050, Mr Glasenberg said.

The move comes as investors with a focus on environment, social and governance metrics put pressure on miners to set emission reduction targets that demonstrate a credible pathway to CO2 neutrality. In the view of many investors, that means having Scope 3 targets as part of their climate strategy.