Is This a Serious Study or a Spoof From the “The Onion”? 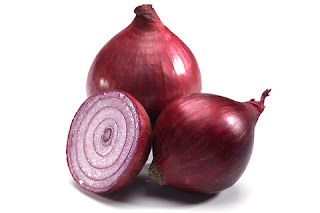 Coalition for a Prosperous America

Quite honestly, after reading your study I had some trouble coming to the realization that it’s not a spoof by “The Onion.” Here are only some of the many flaws of your study, any one of which is fatal to its veracity.

– You present as a scientific, objective claim that over the course of five years the tariffs you propose will increase U.S. employment by 1.05 million jobs. Yet there’s no plausible way that your researchers can have detected any such effect; this number is simply too tiny given the massive job churn that is a regular part of the U.S. economy.

Over the past ten years, the average number of jobs destroyed each month in America has been about 1.75 million, or 105 million jobs over the course of five years. Your figure of a total of 1.05 million jobs over five years is, literally, just one percent of this number; it’s a rounding error. Given the dynamism, churn, and enormous (and growing) size of the U.S. economy, it’s impossible to take this empirical finding seriously.

– You allege that a significant source of gain to Americans from your proposed tariff on Chinese imports will arise from “the relocation of US bound production from China to other nations [which] would lead to a reduction in the average cost of imports because many alternative production locations, such as those in Southeast Asia, today have lower costs of production than China.”

Well now, answer me this: If producers in Vietnam and other Southeast Asian countries can produce for the U.S. market more goods at lower costs than can producers in China, why aren’t producers in those other countries already producing for export to the U.S. the amounts that you allege they would be led to produce only when Uncle Sam imposes higher tariffs to artificially raise Americans’ costs of importing these goods from China? Do you know more about global prices than is known by American importers? Or do you suppose that American importers are simply so uninterested in keeping their costs as low as possible that they must be compelled by tariffs to seek out the lowest-cost sources of supplies? Your implicit assumption about the behavior of American importers is nothing short of preposterous.

– Nowhere in your study is there any indication of the reality of opportunity costs. The unemployment rate in America today is at a generational low. (Don’t dismiss this reality by asserting that today’s labor-force participation rate is also low. It’s true that the labor-force participation rate today is lower than it was for much of the past 40 years. But it’s higher today than it was at any time during the years generally regarded by protectionists as a golden age for the U.S. economy, namely, from January 1948 – when these data start – through April 1978.) You write as if tariffs will miraculously cause the workers and resources necessary to perform all this new production to materialize out of thin air – a proposition that causes one to laugh as one does when reading The Onion.

Sincerely,Donald J. BoudreauxProfessor of EconomicsandMartha and Nelson Getchell Chair for the Study of Free Market Capitalism at the Mercatus CenterGeorge Mason UniversityFairfax, VA 22030