The dispute between members of the UN’s Security Council over the reimposition of UN sanctions on Iran has thrown an engine of postwar multilateralism into paralysis.

The Trump administration argues that UN sanctions on Iran should come back into force 30 days after its decision last month to reimpose them under the terms of a nuclear accord from which it withdrew two years ago.

But the other four permanent members of the Security Council — China, France, Russia and the UK — oppose a US move they say lacks legal standing because Washington has left the UN-backed accord.

There is no procedure to determine which side is correct, threatening permanent stasis and adding weight to calls for reform. European observers said the dispute over the Iran deal posed a grave threat to the credibility of the Security Council. 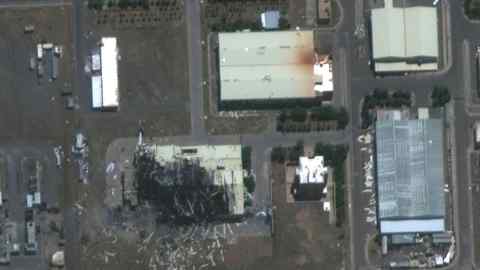 Russia and China have previously stopped action on conflicts such as Syria’s civil war, including imposing a veto in July on aid deliveries from Turkey. But diplomats say they cannot remember a case like the Iran dispute, where the Security Council’s inability to rule on whether the US can snap back UN sanctions or not leaves both Washington and its opponents able to claim victory without fear of contradiction.

“It creates a major rift in the Security Council,” said a senior European official of the US move, adding it would create “ripples and negative effects far beyond the Iran issue”.

Some western observers are concerned the US may withhold support for other initiatives as punishment and warn that the dispute plays into the hands of Russia and China. “Permanent stasis seems like a real likelihood,” said a US official.

Defenders of the 2015 Iran nuclear accord, in which Tehran pledged to abide by limits on its nuclear programme in return for sanctions relief, say hawks in the Trump administration want to sink the faltering deal in case they lose in November polls and a new administration tries to save it.

The process of “snapback” was originally conceived as a way to reimpose sanctions unilaterally in the case of Iranian non-compliance without a vote that could risk a veto from Russia and China.

Its implementation posed a fundamental challenge to the “legitimacy and authority of the Security Council and the UN”, said a second senior European official. “We are now entering a phase of massive fragmentation and political tensions on the Security Council,” the official said.

In the absence of any process to decide whose view of the Iranian agreement is correct, diplomats who oppose the US action argue that it will be down to the 15-strong Security Council to choose how to determine and interpret its own resolutions. Some plan to ignore the US.

A UN Security Council diplomat said the fracture played into Russia and China’s hands, both of which the US accuses of wanting to sell weapons to Iran after the expiry of a UN arms embargo on October 18, whose extension the US failed to secure.

“Seeing the United States in this difficult position — leading without having many followers behind them — is something that has a lot of charm both for Beijing and for Moscow; that is quite obvious,” said the Security Council diplomat.

Kelly Craft, the US ambassador to the UN, said last week it was “Russia and China that revel in this council’s dysfunction and failure”. Mike Pompeo, US secretary of state, described the so-called E3 — France, Germany and the UK — as choosing to “side with the [Iranian] ayatollahs”.

Given how pervasive US sanctions are, it is unclear what impact snapback would have in any case. In Tehran, President Hassan Rouhani has said that the US “maximum pressure” policy on Iran had failed, adding: “No country . . . follows the US at the United Nations today.” Last week, Iran agreed to open two sites to the International Atomic Energy Agency, a sign of its willingness to co-operate with the deal.

Michael Keating, executive director of the European Institute of Peace, a Brussels-based conflict resolution organisation, said the “very big picture” was whether the UN was able to live up to its founding principles to maintain international peace and security. “It can only do that if it’s given the political authority — and that’s looking very, very frayed at the moment,” said Mr Keating, a former UN official.

Richard Gowan, UN director at the International Crisis Group, said the Trump administration saw the benefit of framing the impasse as a “general crisis” for the Security Council because it knew it had lost the argument over the nuclear deal. A European diplomat at the Security Council insisted the council would somehow “muddle through”, however: “Fundamentally, it’s US isolation rather than Security Council dysfunction.”